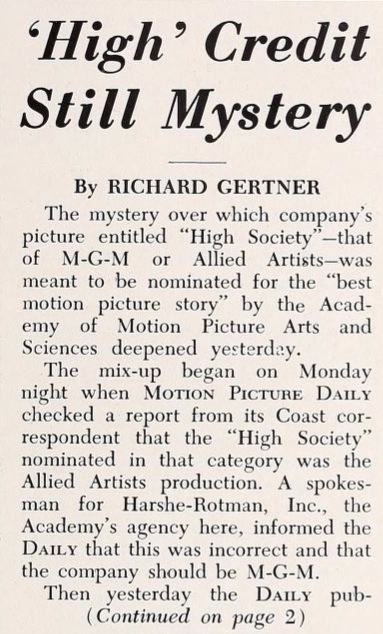 In 1957, The Motion Picture Academy infamously nominated a Bowery Boys flick called HIGH SOCIETY for an Oscar for Best Original Story when what they supposedly meant to nominate was, of course, the Crosby/Kelly/Sinatra musical of the same name. According to the legend as it has passed down, Edward Bernds and Elwood Ullman, the two credited screenwriters on the Leo Gorcey movie, withdraw their nominations. Okay. All well and good. But here's a contemporary piece that sheds some weird light on the subject, not the least of which is leaving Bernds and Ullman out entirely. 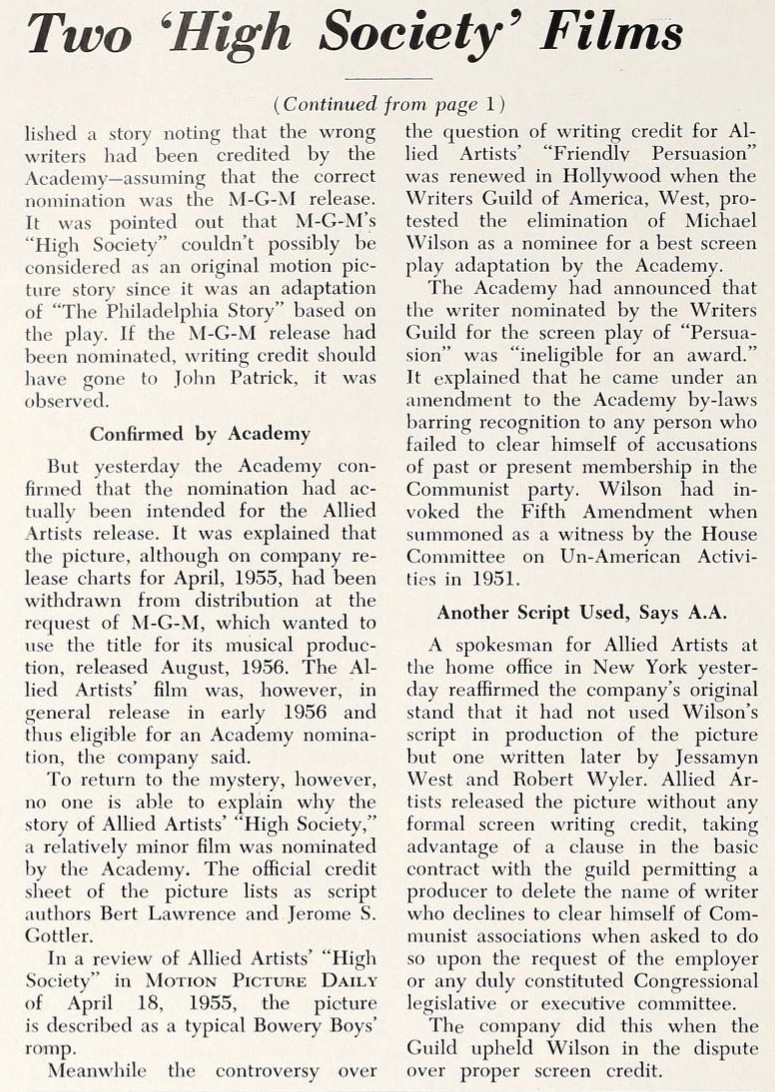 Posted by Booksteve at 6:12 AM