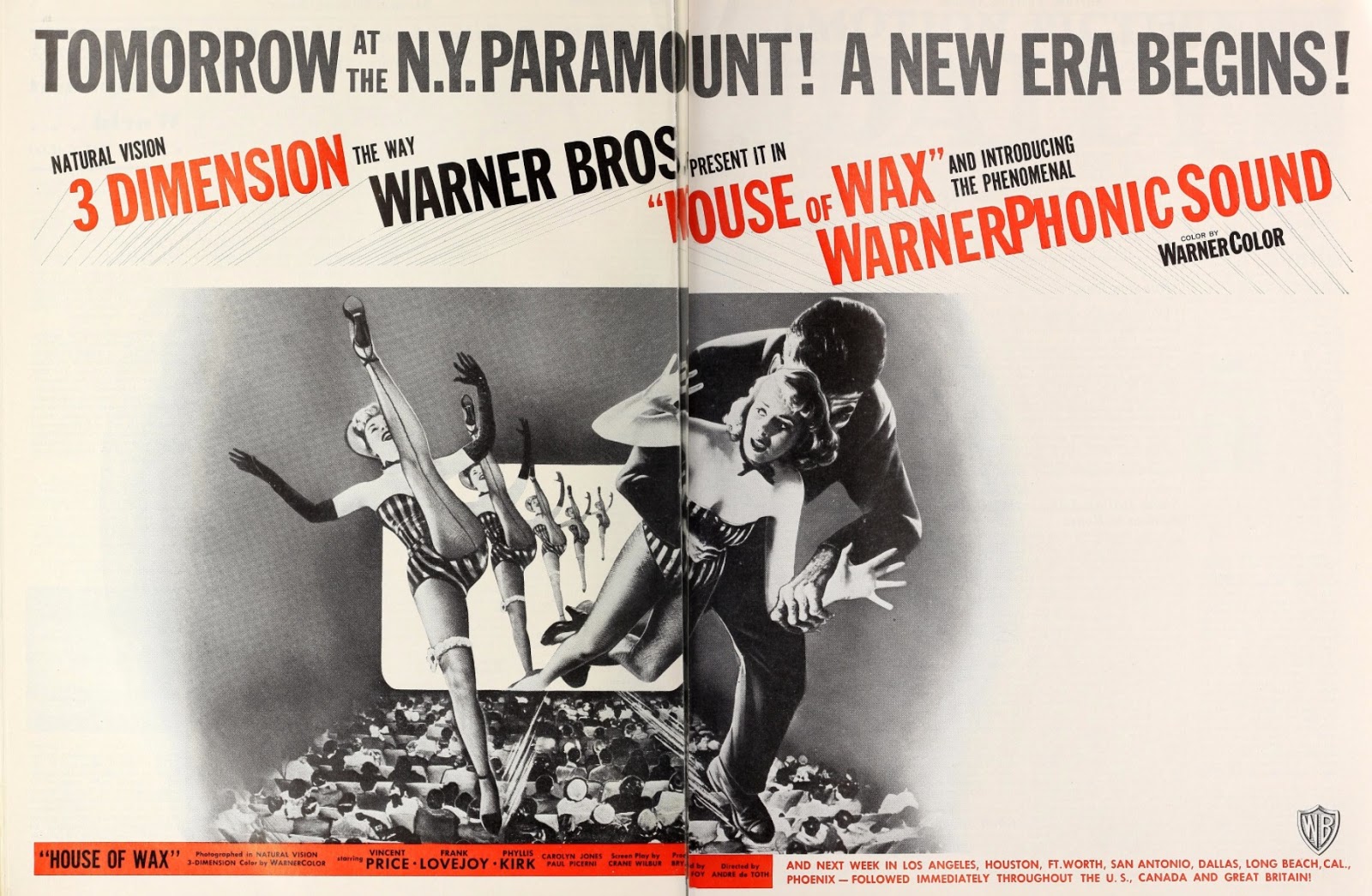 The now-classic Vincent Price horror film HOUSE OF WAX was the first major release in the new 3-Dimenional process back in 1953. How successful was it? Well, within weeks, Warner Brothers was going by "3DWB" and had announced production on 22 new 3-D films! Every Warners trade ad touted 3-D and Warners was over the moon with the sweet smell of success. 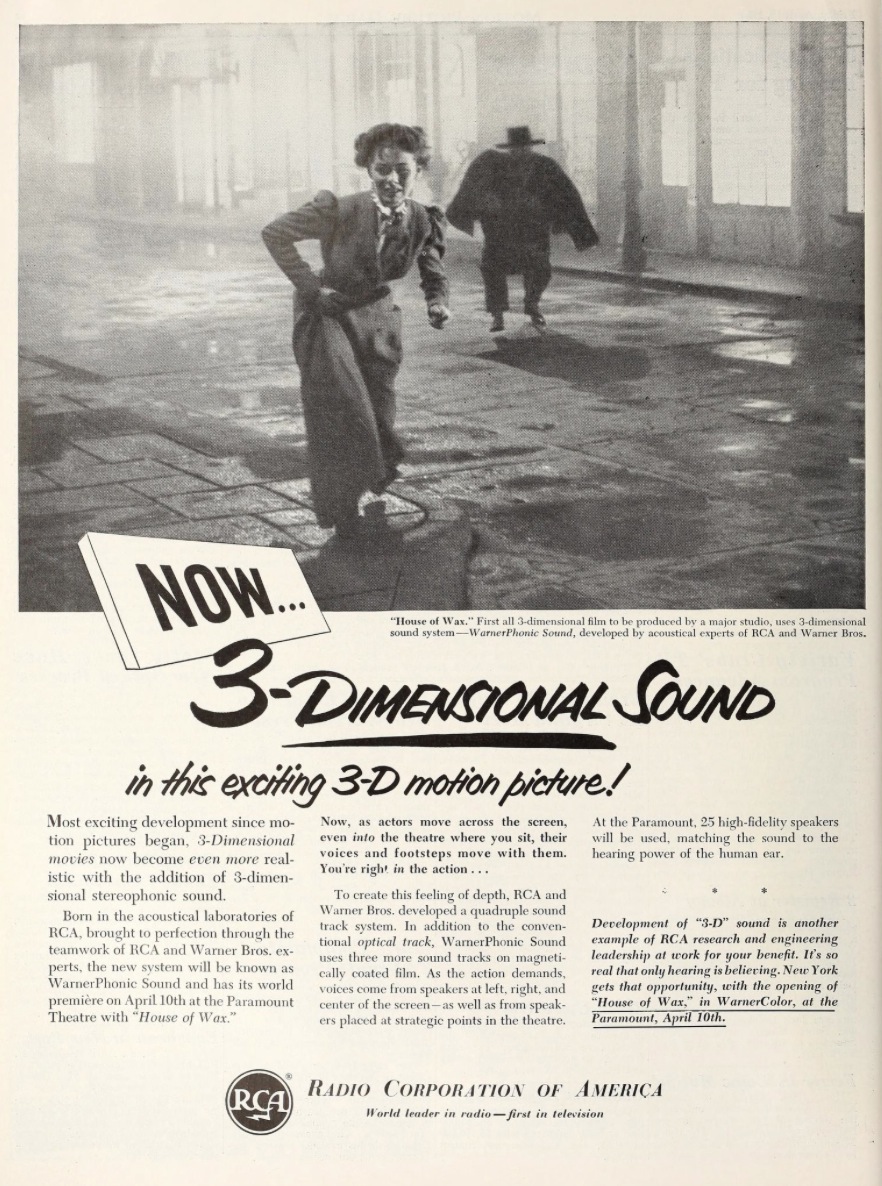 Every company seemed to jump on the bandwagon and soon 3-D movies were playing everywhere and even the use of the 3-D red and blue (or green) glasses was being regulated by law!  It was obvious that this innovation was here to stay! 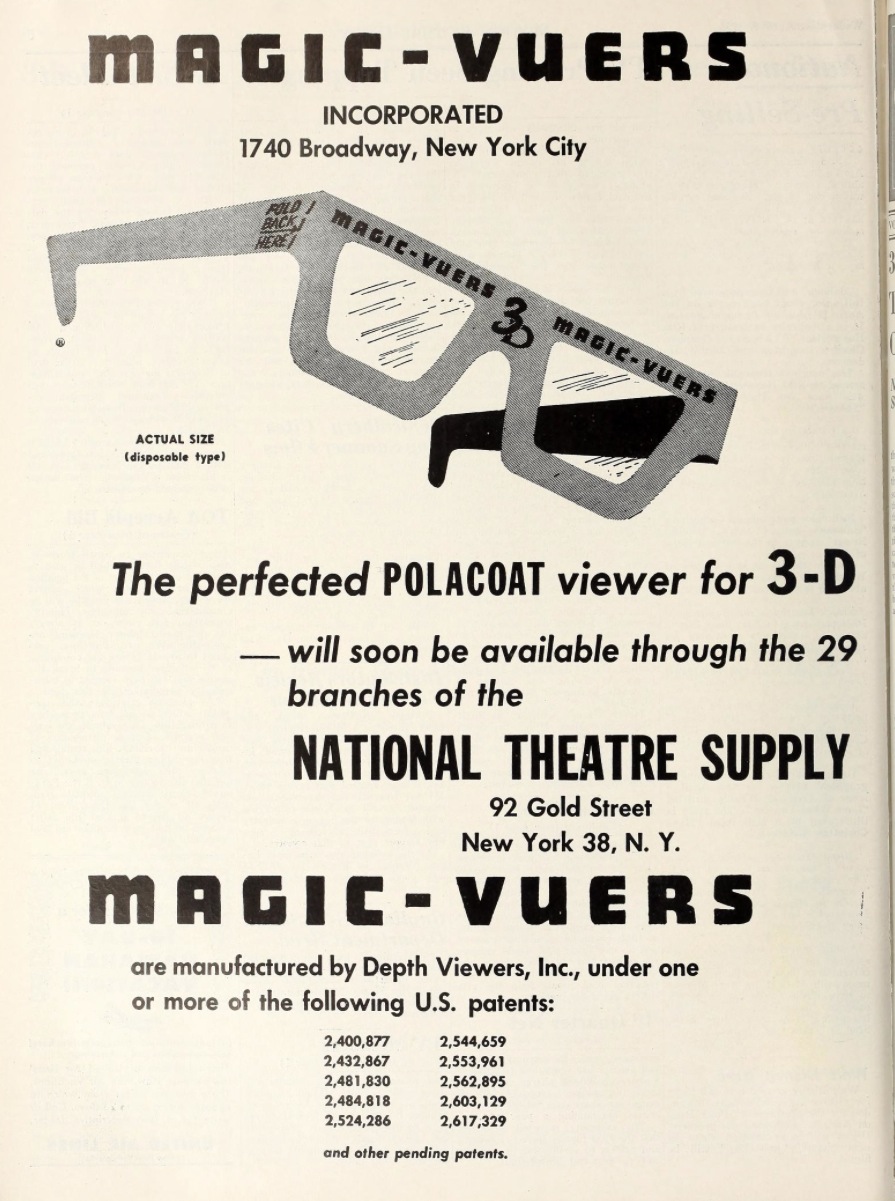 Only it wasn't. In fact, the novelty wore off fairly quickly, replaced by the advent of Cinemascope, the wide curved screen process that gave motion pictures of all sorts a grandeur that couldn't be had on television...and all without the need of goofy spectacles. 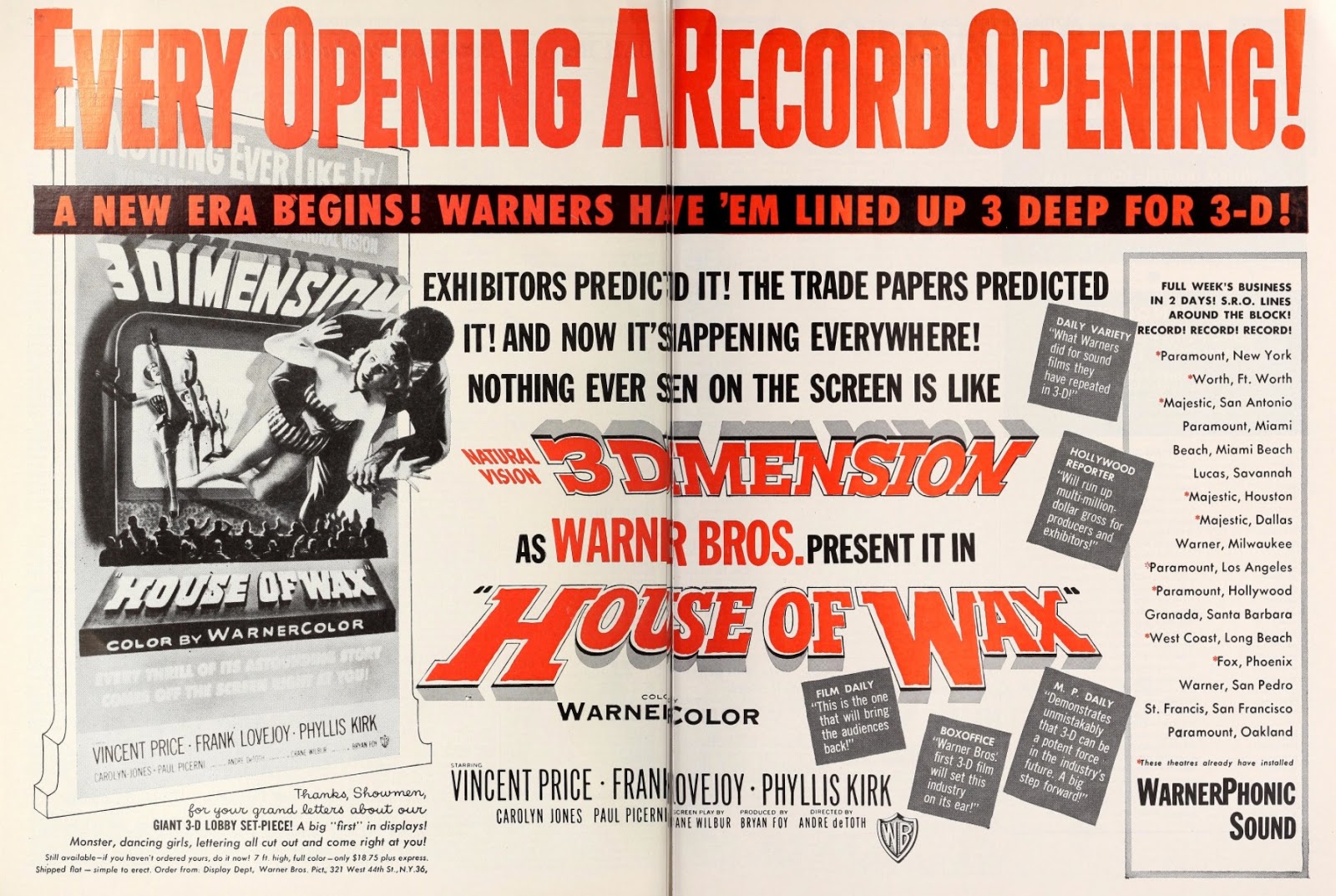 In the early sixties, there was a very minor attempt to revive the 3-D craze, mainly with comic books and foreign kiddie matinee fodder. 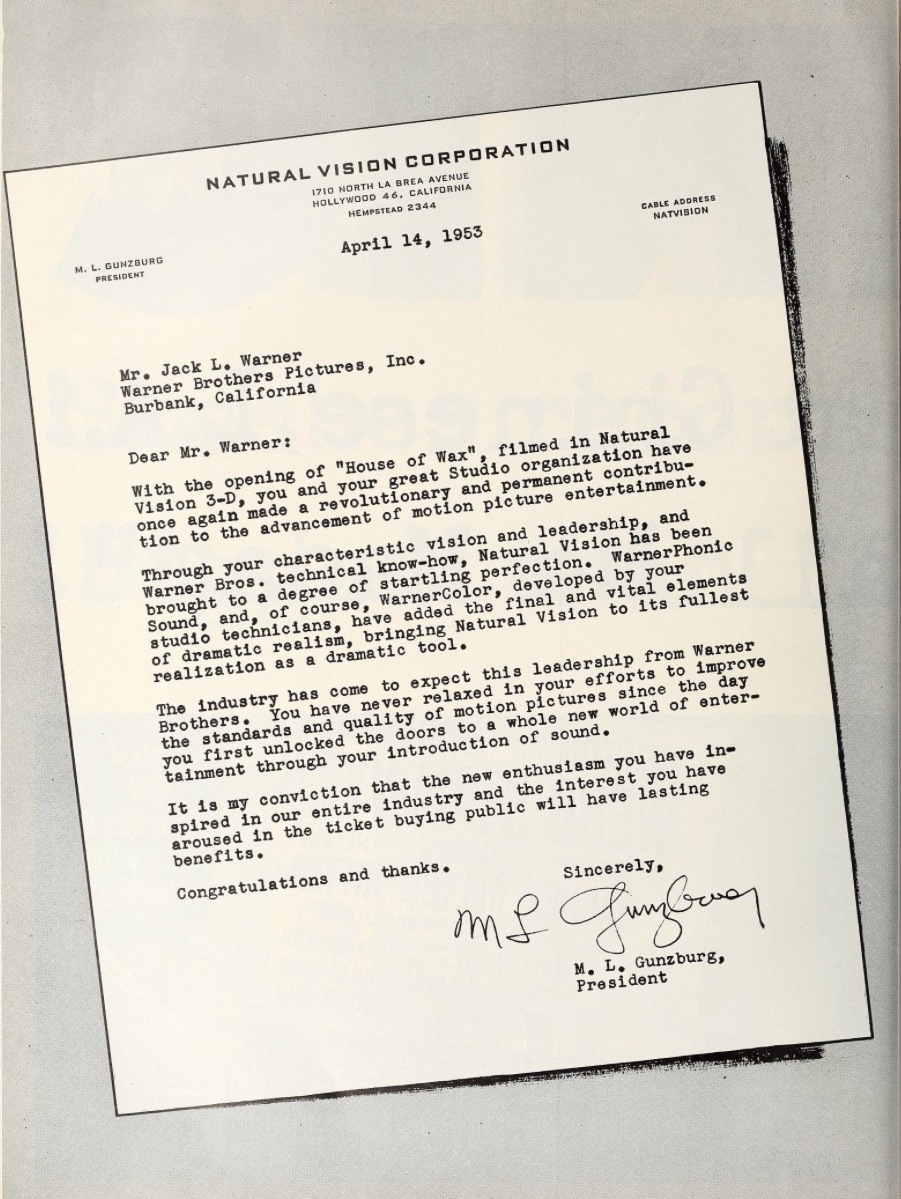 And now it's back again and everyone is convinced it will last this time. 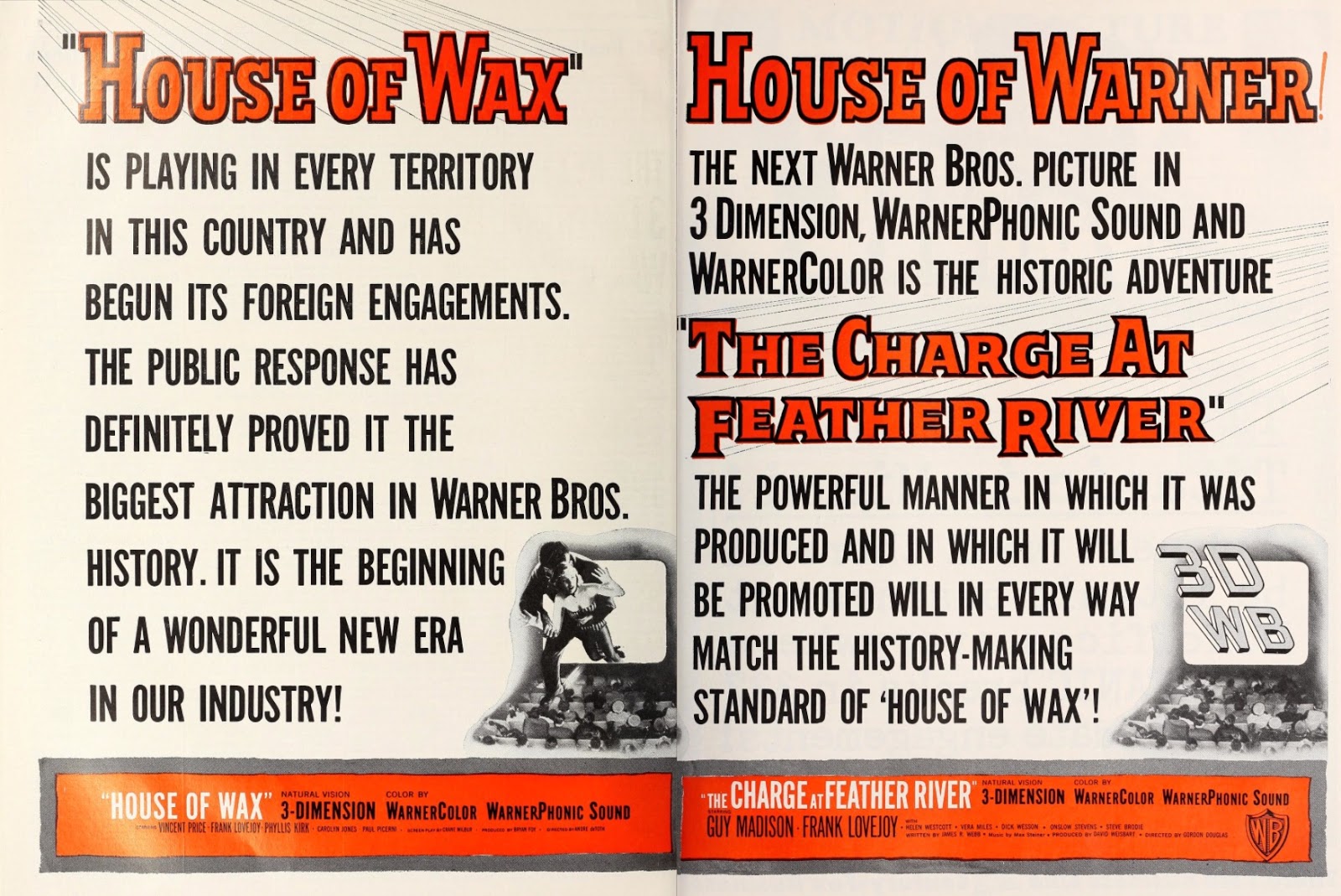 History records, as I say, HOUSE OF WAX as the first major studio 3-D release. As it happens, though, the film below actually beat it for two days. 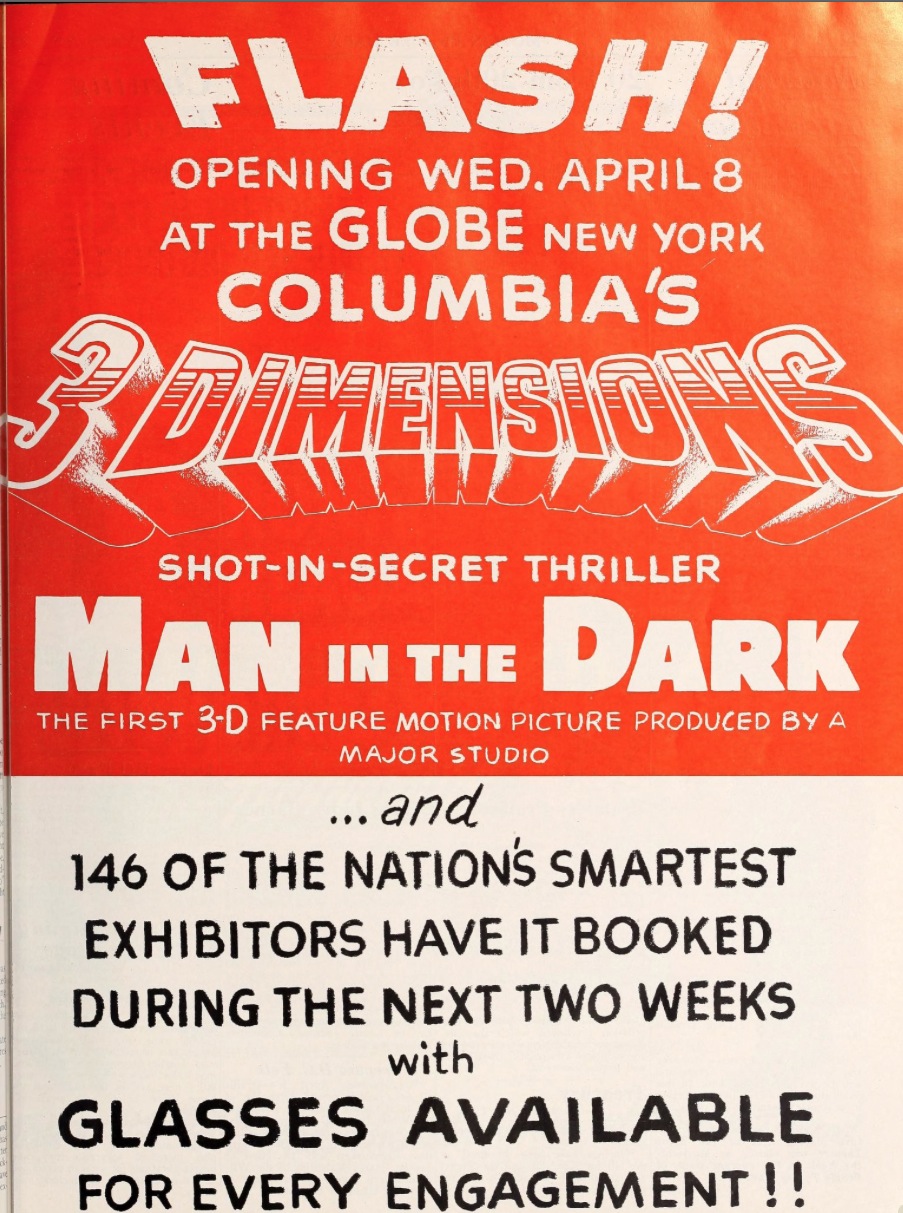