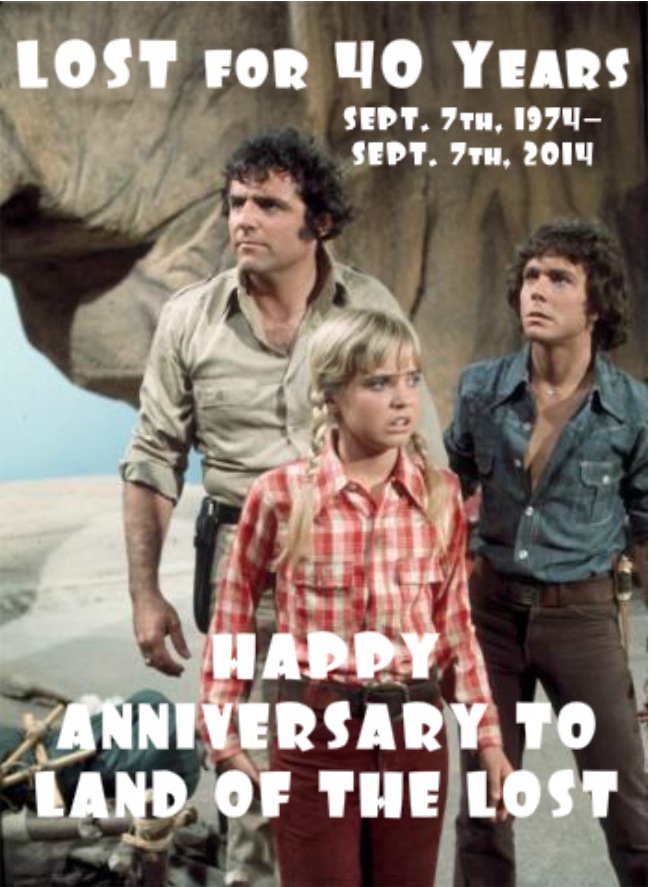 Back in the mid-seventies, one of the shows I most looked forward to was always the Saturday Morning show, LAND OF THE LOST. I was 15 when it premiered and I was thinking myself too old to be watching Saturday morning kiddie fare anymore...until LAND OF THE LOST. Backed by a whole bunch of STAR TREK and A-list science-fiction writers, this low-budget show was an absolute highlight of sci-fi on TV in that pre-STAR WARS time.

I was talking with star Kathy Coleman on the phone the other day. In fact, I speak with her fairly often these days, sometimes--surreally enough--on Saturday mornings. In 1974, I wrote in my Geek's Journal--see other blog--about watching the series and, in fact, watching Kathy on that year's Macy's Parade telecast. These days, I'm helping her put the finishing touches on her autobiography. Watch for it later in the LAND OF THE LOST's 40th anniversary season!