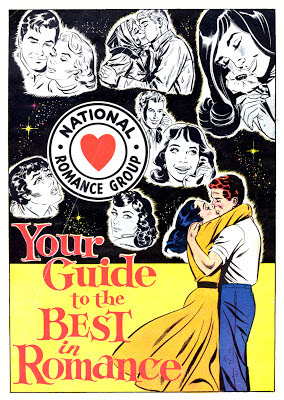 Here's some trivia for you! Did you know that in the early sixties, DC Comics tried to rebrand its love comics under the name, the National Romance Group? The company's real name at that time was National Periodical Publications but their famous logo had long centered the more popular DC as well. Thus it seems odd that they would completely redesign the familiar circle logo without the "Superman" selling point and with a heart in place of the DC. But for a while, that's what they did. Even if you aren't a romance comics fan, dig these classy house ads of the sort for which the company is justifiably well-known. 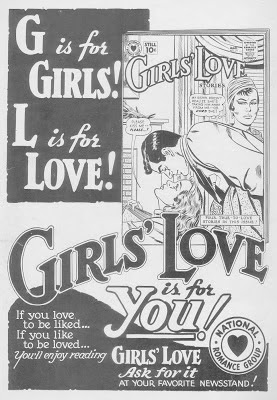 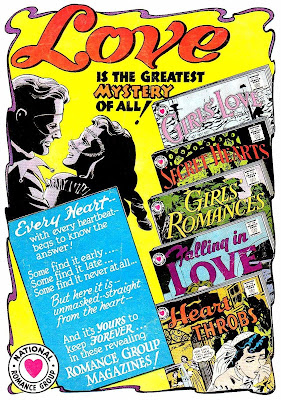 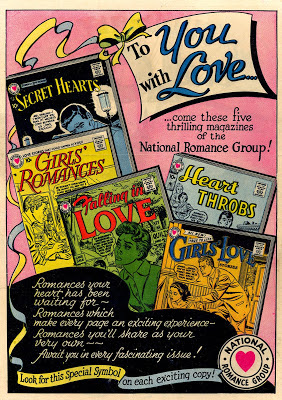 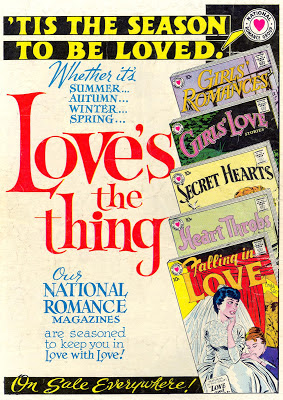 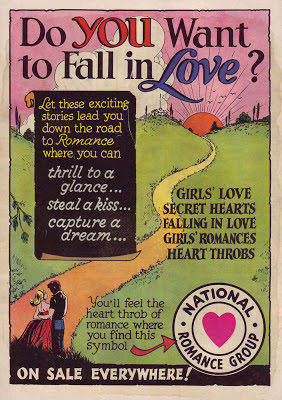 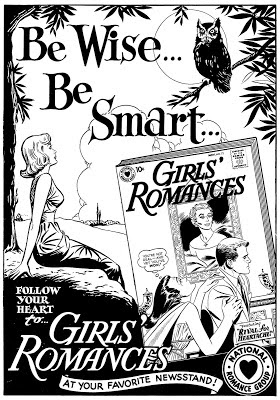 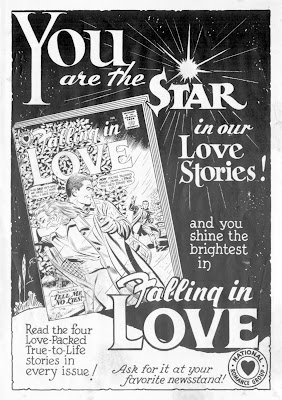 In the end, though, they went back to the DC logo while still attempting briefly to maintain that separate brand. 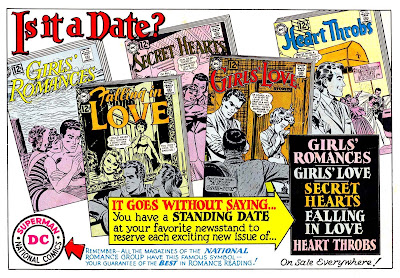