The Diabolik We Never Saw 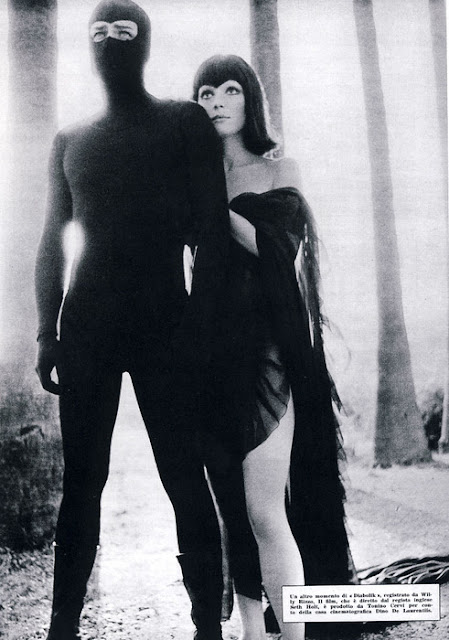 One of my favorite sixties films is DANGER: DIABOLIK. Tim Lucas, who accompanies star John Phillip Law in a great DVD commentary on one version released in the past decade, posted the above image today on Facebook. There have been a couple other images related to this on other blogs in recent years but no one seemed to know what it was that they had.

Tim points out that this is, in fact, Jean Sorel and Elsa Martinelli in an aborted 1964 Seth Holt version that presumably never got beyond the promo stills phase. 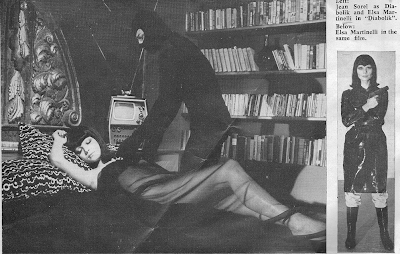 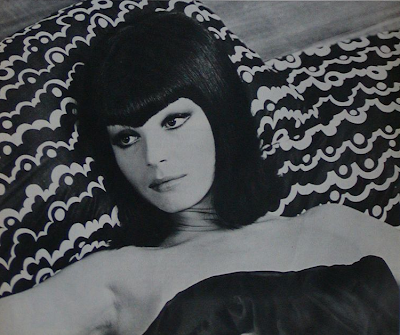 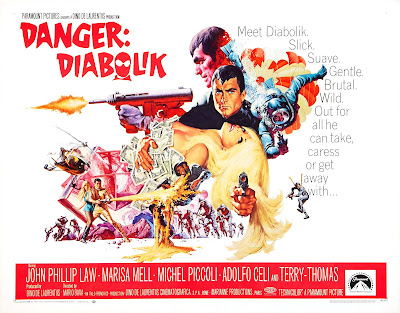