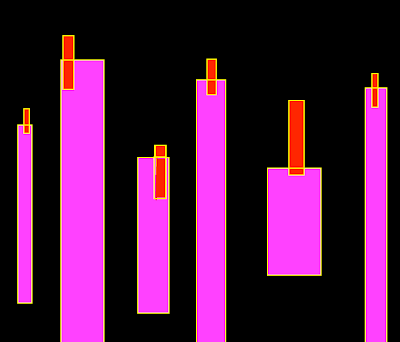 Yesterday, I absentmindedly made the above in Mac Paintbrush while chatting with my son. Originally, I thought they were stylized candles. 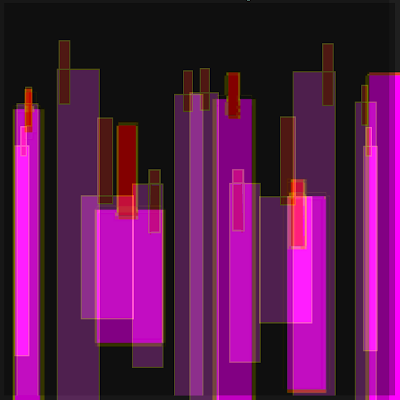 But I'm in a superimposing phase right now so I used Fotoflexer to superimpose a slightly smaller, faded version. It started to look like a city to me. 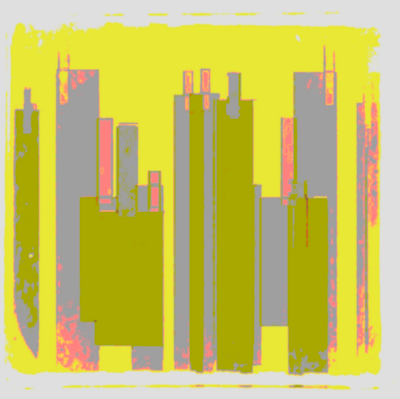 So I used Fotoflexer's various special effects in multiple combinations until I got an effect I liked and that I thought really gave the impression of a city. I posted it on Facebook but I still wasn't satisfied with it, though. 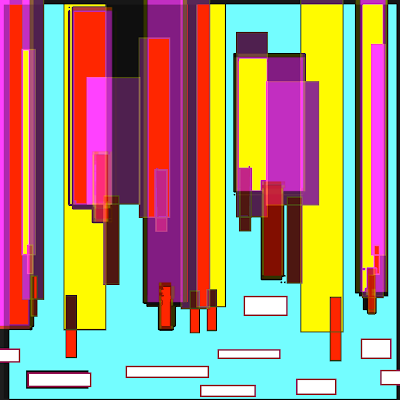 So back to Paintbrush where I flipped the second image, recolored it and actually added to it. 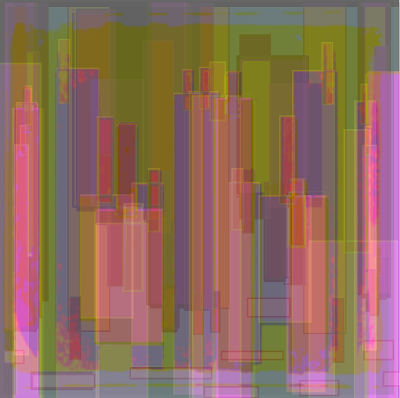 I then superimposed the original and the second on top of the third (yellow) image to create this shimmering effect. I liked it but it looked less like a city than before. 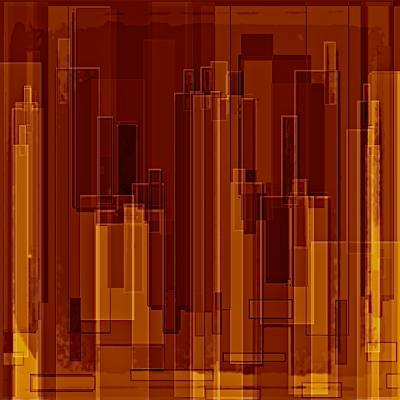 Finally I ended up in IPhoto where I darkened the last image, highlighted various aspects via trial and error and then gave it the deep, wood look you see here which, to me, looks like a smoggy city with skyscrapers and cars and smokestacks.

Posted by Booksteve at 2:29 AM