The Books of Allen Singer 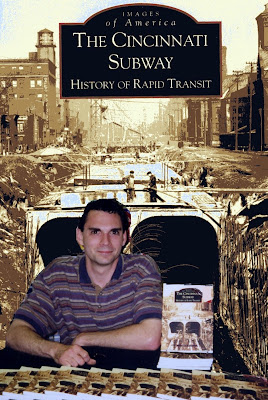 My friend Allen Singer writes books. Not just any books, mind you, but Arcadia Books! You know the ones--those sepia-toned regional history titles that have dotted much of the US for the past decade or so now.

In fact, Allen's first book from 2003 has at times been one of their best-selling ones in this area. The thing is, it deserves a wider audience because of it's fascinating subject. That book is THE CINCINNATI SUBWAY, the first book to take any kind of in-depth look at the near-mythical Queen City underground transit system that never was.

You see, Cincinnati was all poised to run with the bigger cities with railroad rapid transit like you'd find in New York or Boston or Chicago or even Cleveland! But then the well ran dry and through politics, Depressions and Wars the entire project was backburnered and eventually abandoned. BUT...not before leaving a number of tunnels and even stations to fire one's imagination!

There was often talk of getting back to the Subway project but as decades flew by, it became cheaper for everyone involved to simply maintain it as a bunch of holes in the ground rather than finish it or even fill them in.

As a kid, I used to see the tunnel entrances alongside roads, all overgrown and barred off. I had no clue what they were, though. I used to imagine them to be dank, dark dungeons. In fact, my first knowledge of the ghost subway came from a PM MAGAZINE news report in 1981. I was immediately spellbound! I wanted to know more but little more was forthcoming for another 20 years or so.

Then came Allen. Long interested in railroads, I remember him telling me that he was researching the abandoned Cincinnati subway system long before it seemed likely he would ever craft a book out of that info. 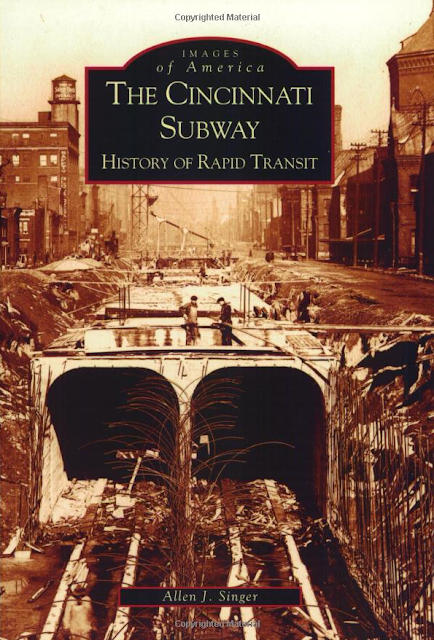 In a little more than 125 heavily illustrated pages, Allen gives a basic background history on rapid transit in the Ohio Valley and then fits in the whole convoluted story of the non-existent subway. Those familiar with the Arcadia books will know that their standard format allows the plethora of highly annotated historic and rare photographs to tell the story on a wholly separate level than just the well-researched text. In the case of this particular story, that means scores of amazing photos that hadn't seen the light of day since the original construction as well as some, I believe, taken exclusively for this book!

Not satisfied with just telling the story up until it seemingly ended, Allen goes on into each subsequent decade, covering constantly stillborn plans to revive the project as well as plans to turn what was already there into everything from a wine cellar to an underground shopping district!

Even if you've never set foot in Cincinnati, Allen Singer's book, THE CINCINNATI SUBWAY is an amazing and enjoyable read filled with stunning and eerie images. 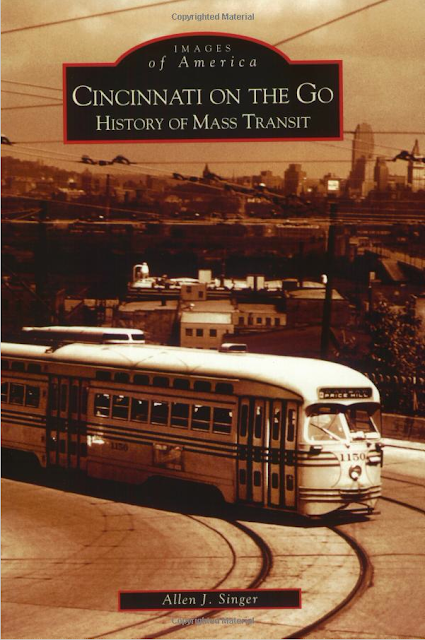 One of Allen's other Arcadia books is a sort of companion volume, CINCINNATI ON THE GO, which covers the forms of mass transit that Ohio's Queen City ended up with before, after and instead of the subway. If you're a transportation buff or have one on your Christmas list, I recommend the one-two punch of both books for a fuller picture of the whole story.

Entertainment fans will appreciate my friend's remaining two volumes as both deal with various aspects of show business in The Ohio Valley. 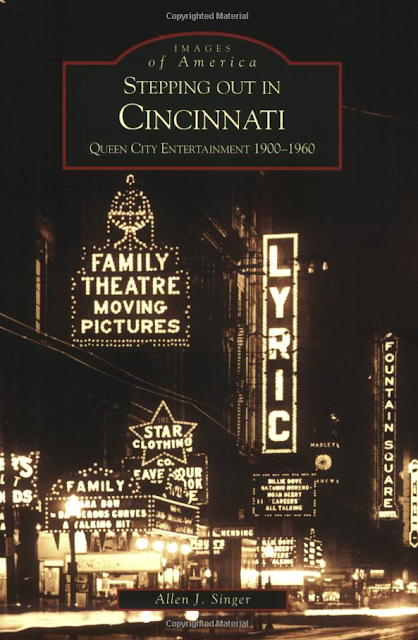 STEPPING OUT IN CINCINNATI (of which I helped edit one chapter) covers Vaudeville, Burlesque, nightclubs and, most fun of all, the great movie palaces of the area, again in the standard Arcadia format so there are tons of heavily annotated photos of long gone theaters. There are also tales of speakeasies, gangsters and celebrities, with little-seen photos of local, national and international entertainers. 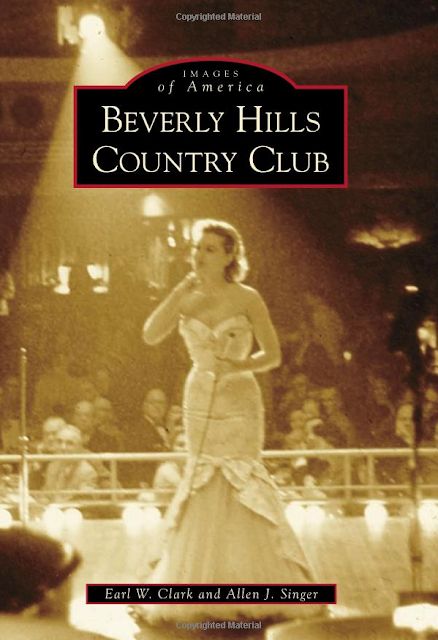 His most recent volume takes this area's best-known nightclub, the ill-fated BEVERLY HILLS COUNTRY CLUB, and spotlights the memories and ultra-rare insider photos of a man who actually worked there during the club's peak years as one of the major stops for anyone who was anyone in show biz. This is NOT the story of the fire that eventually and tragically burned the place to the ground and took so many lives. No, this is the story of the jumpin', jivin' swinging years when The Beverly Hills really could be termed the showplace of the nation!

If you're from Cincinnati, there's a certain nostalgia factor involved. That's what the whole success of the Arcadia book series is predicated on. But Allen Singer's four volumes all have a wider appeal. You can take a look at more about them here: http://www.amazon.com/Allen-J.-Singer/e/B001IZPMNG/ref=sr_ntt_srch_lnk_5?qid=1354868016&sr=1-5

And I see they're all available now for your Kindle as well!
Posted by Booksteve at 4:01 AM