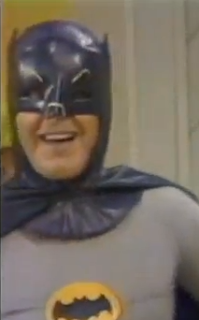 Here we have some screen grabs from a YouTube video (seen below) of Burns and Schreiber's SATURDAY MORNING SNEAK PEEK special from 1973. It's a fun clip featuring the voices of Mel Blanc and Paul Winchell as well as future game show host Chuck Woolery in his first TV role as Superman. My question is...who is that wearing Adam West's old outfit. I asked this on Facebook last night and there's been some interesting guesses. One person is quite sure it's Dick Gautier who subbed for West in a famous PSA the year before. It isn't. Other guesses include Fred Travalena, Rich Little and Bea Arthur (!?). It's not them either. In fact, there's no reason they would have hired a "name" at all. Remember, even Chuck Woolery was unknown at this time. I'm just curious if this actor, like Woolery, went on to do anything else. Also, since this is an "official" appearance of the Caped Crusader publicizing ABC's SUPER FRIENDS show, the actor should be counted among those who have officially played Batman. Any guesses? Anyone know for sure? 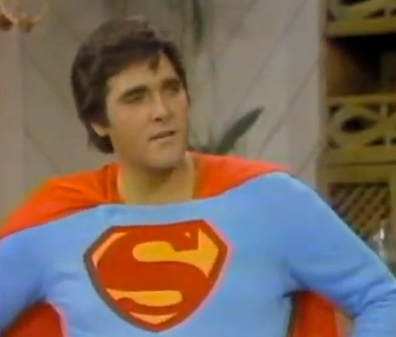 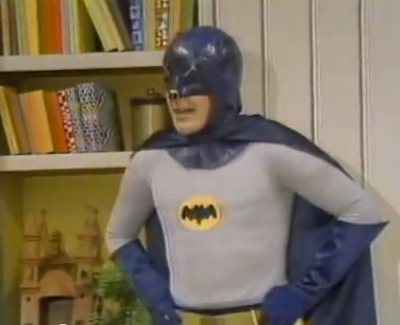 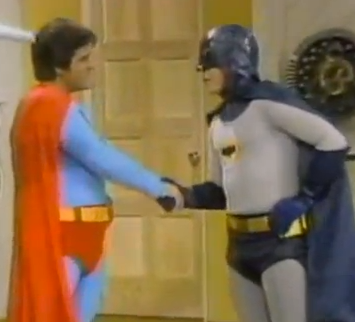 Posted by Booksteve at 1:32 PM