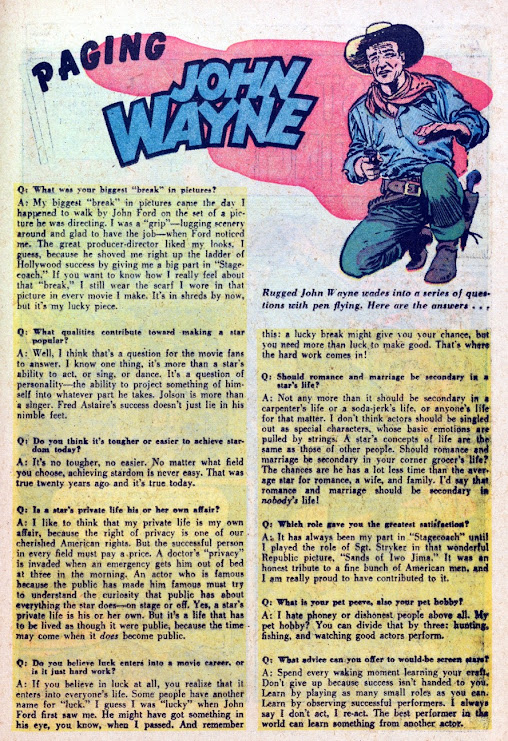 Here's a page from an early 1950s romance comic book, of all things, in which the Duke himself--John Wayne--supposedly answers questions written in to...where? Well, he had his own comic book from the same publisher, with that same logo, so this was likely meant to appear there. The art above looks like it MIGHT be by Frank Frazetta.

The thing is, while you KNOW Wayne never actually wrote any of this, it sounds like things he would say, even if not the way he might say them. A press agent, perhaps? But then again, just because they'd licensed his name and image didn't mean they had any contact with him or his people. Ah, well. Fun reading anyway.

Posted by Booksteve at 1:26 PM