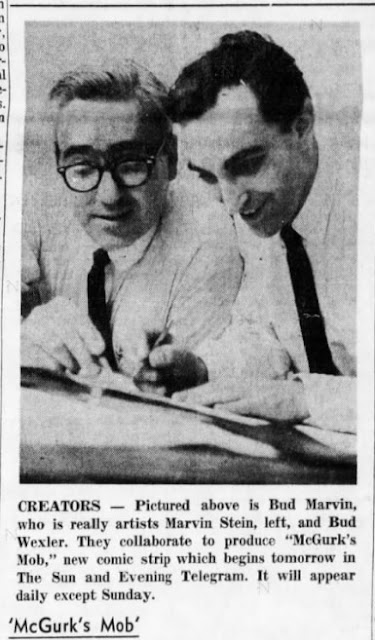 I had never before heard of McGURK'S MOB by Bud Wexler and Marvin Stein but I found it interesting due to the latter's association in comic books with oe Simon and Jack Kirby. Marvin Stein inked, did layouts, and drew his own strips for the Simon and Kirby studio in the Crestwood days and also worked on Siegel and Shuster's FUNNYMAN and many other comics. Here, though, he seems to have done four years or so beginning in 1965 on one of those peculiarly unfunny 1960s comic strips that often looked good but just kind of sat there being sometimes clever, but rarely amusing. 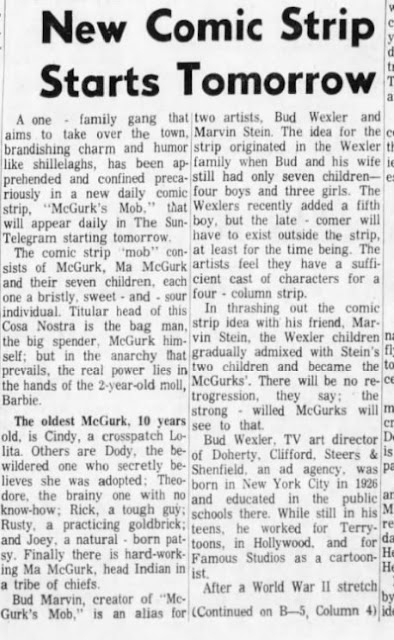 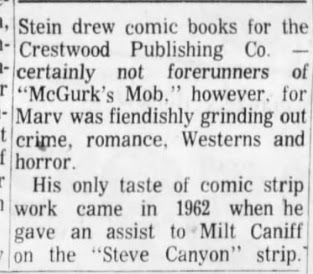 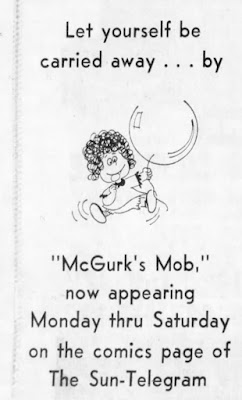 Posted by Booksteve at 9:01 PM