Wait Till Your Father Gets Home 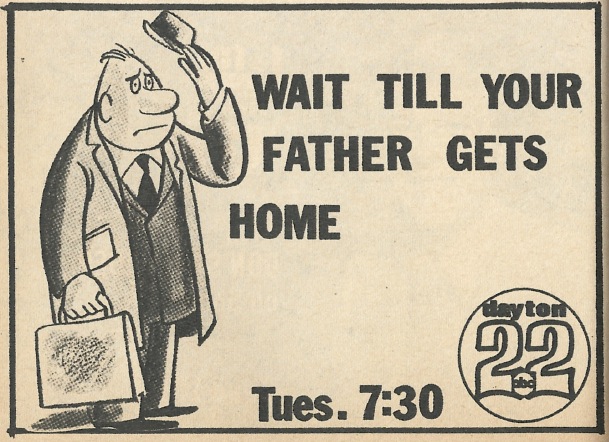 WAIT TILL YOUR FATHER GETS HOME was a primetime sitcom from Hanna-Barbera in the ALL IN THE FAMILY mode which just happened to be animated. Although a little controversial with its generation gap plots, it ran 2 seasons beginning in 1972 and starred the voice of Tom Bosley along with many prominent voice actors. Some non-voice actors who appeared included Willie Ames, Ross Martin. Rich Little, Ronnie Schell, Don Knotts, Don Adams, Jonathan Winters, Phyllis Diller and Isabel Sanford. A kind of weird coincidence is that actresses Hazel Shermet, Florence Halop and Sandra Gould all appeared on the series. All three women were known for playing the role of Miss Duffy on radio's DUFFY'S TAVERN! 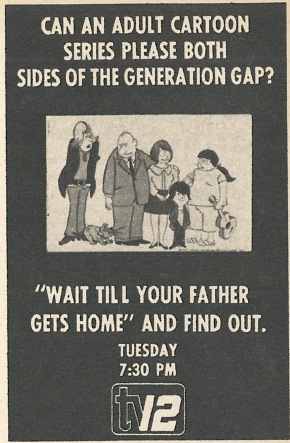