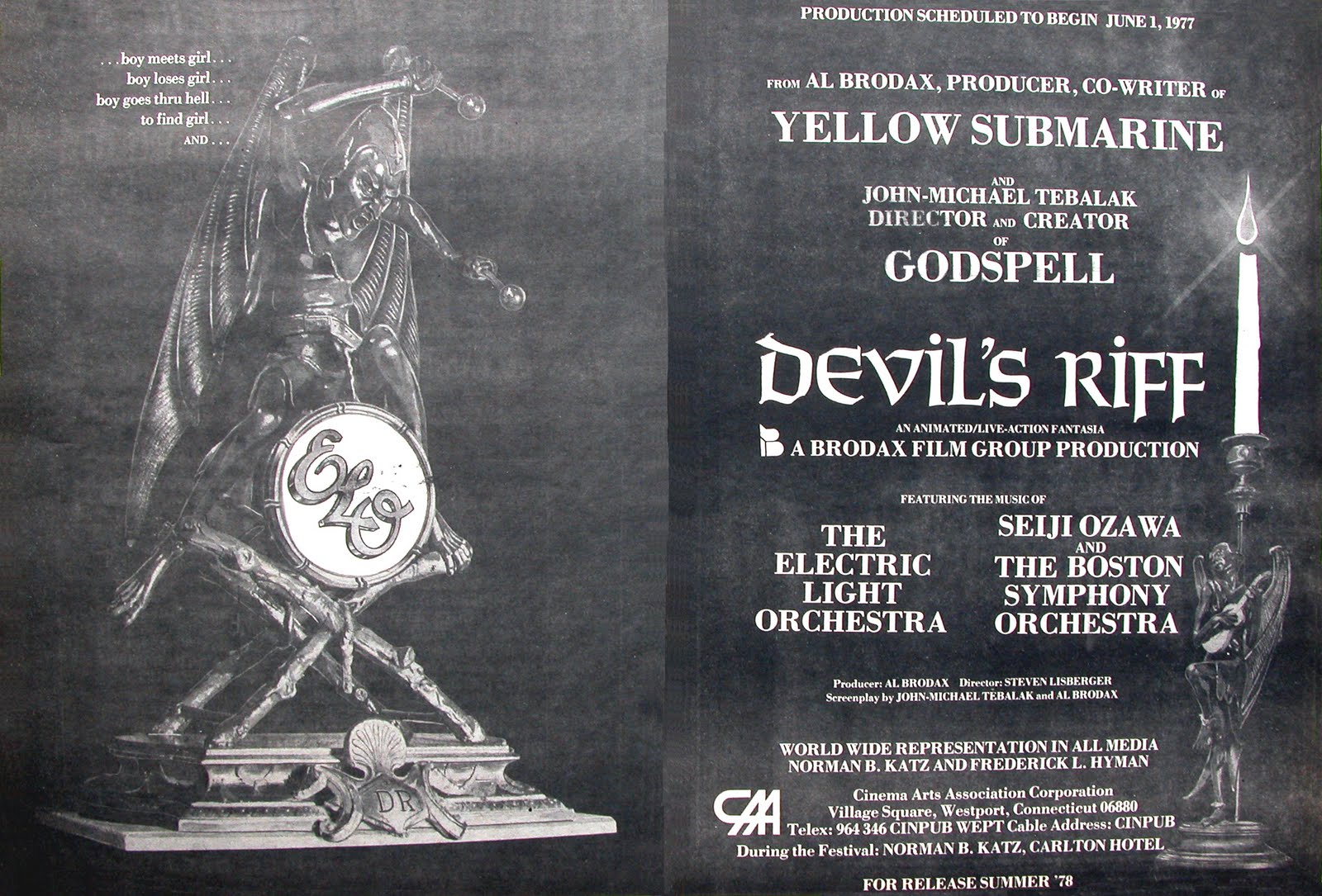 The Electric Light Orchestra's Jeff Lynne was always a big Beatles fan. Besides playing with George Harrison in The Traveling Wilburys, he was also instrumental in reuniting George, Ringo and Paul for the ANTHOLOGY in the mid-1990s.

Another, lesser-known connection is that Lynne and ELO apparently came close to having their own animated film from the folks who had previously brought you YELLOW SUBMARINE!