One of my very first crushes growing up was Wanda Lewis, wife of Uncle Al Lewis, star of his own local kids show for three decades. Wanda played Captain Windy on THE UNCLE AL SHOW and Captain Windy could fly like Superman! She would mime to records in the manner that was popular in the late fifties and early sixties. She would also teach the alphabet and, of course, be infinitely patient with the youngsters on the show. I got to see her in person when I was 11 and almost got to actually meet her a few years back at a local TV event but she and Al had gotten snowed in and couldn't make it. Below is a national article on Wanda Lewis from a 1950s issue of TV-RADIO MIRROR when she was sidekick to another local TV legend, Paul Dixon. 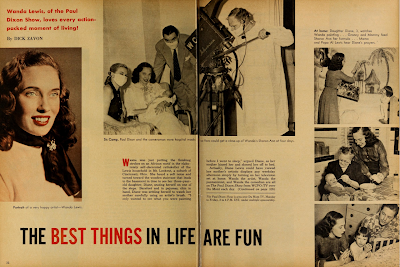 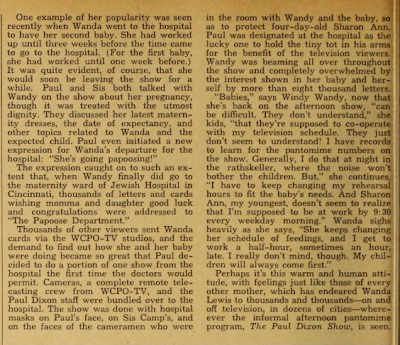 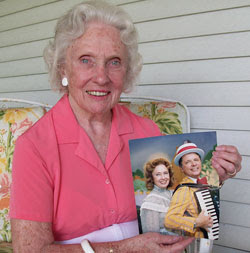