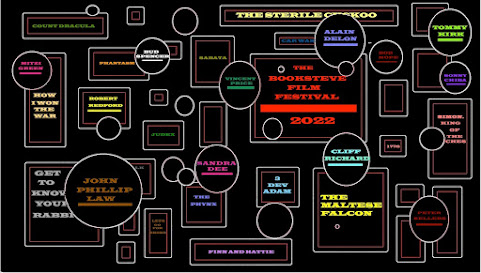 March proved to be an unusually busy month around here, sadly leaving little time for watching films. Down considerably from the past two months there were only 11 for me in March! Much of my time was spent on a paid editing project but a couple weeks was spent bring my new computer up to speed, as well. Rather than wait until my old computer died, as usual, my wife suggested I use our tax refund to go ahead and get a new one…so I did!

Anyway, here’s a rundown of what movies I DID catch in March of 2022, some good, some great, and one absolutely terrible!. 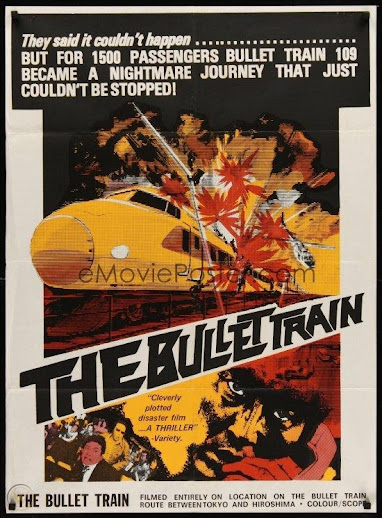 This was one of the good ones--a long and tense Japanese bomb-on-a-train railroad thriller from the mid-1970s, said to be the basis for the later American-made SPEED. Both actors who played anime assassin Golgo 13 star, although Sonny Chiba is virtually unrecognizable from his more over-the-top roles. 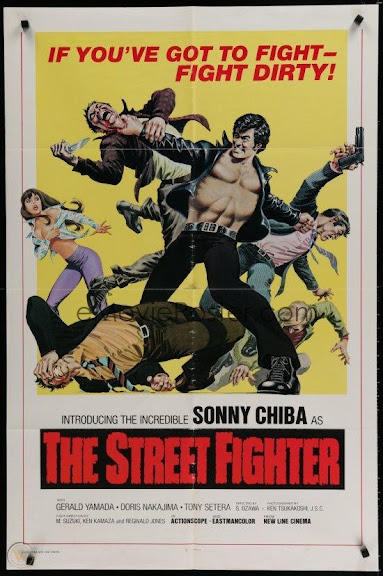 Why, here's one of Sonny Chiba's over-the-top roles now. In fact, outside of Japan, this was his most popular film. I caught it in the theater when it first came out but really disliked it. I'm a lot more jaded now but it remains an ugly, violent picture and Sonny's charismatic appearance only helps it so far. 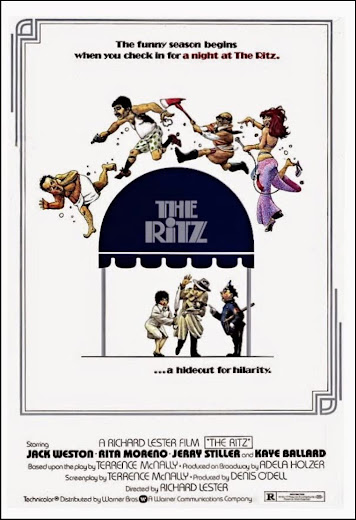 I passed this one up back in the day, probably the gay theme making 17-year-old me uncomfortable. That or just the fact that outside of A HARD DAY'S NIGHT and HELP! I never cared for Richard Lester films. In 2022, though, I found it absolutely side-splittingly hilarious and oh-so politically incorrect. Rita Moreno steals every scene she's in but early performances from Treat Williams and particularly F. Murray Abraham really make this farce of a straight man who hides out in a gay bathhouse in NYC when he's on the run from a would-be assassin. 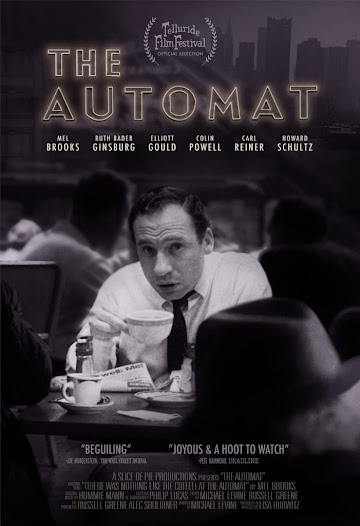 I watched this one from a screener and my FoG review can be found here: https://forcesofgeek.com/2022/03/the-automat-review.html 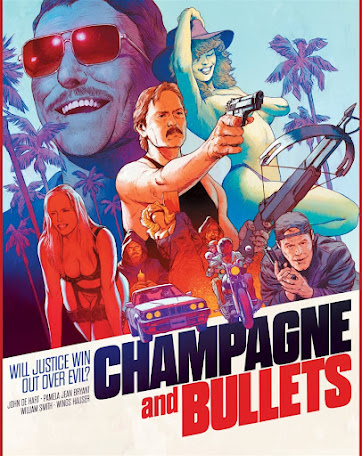 This one is my new choice for absolute worst film ever made! As a bad film buff, I've seen a lot of candidates, too! This was a vanity production from the lawyer who badly plays the lead, wrote, produced, and sings country songs. He also wrote himself several explicit sex scenes with an aging Playboy model-turned-actress. What passes for a plot doesn't begin to tell you the wonders of this one but I'll try. Our hero and his partner (Wings Hauser) are cops who are double-crossed by a third officer (William Smith in his worst performance ever). They're kicked off the Force while he goes on to become a Judge. Oh, but he's also the leader of a satanic, baby-sacrificing cult! 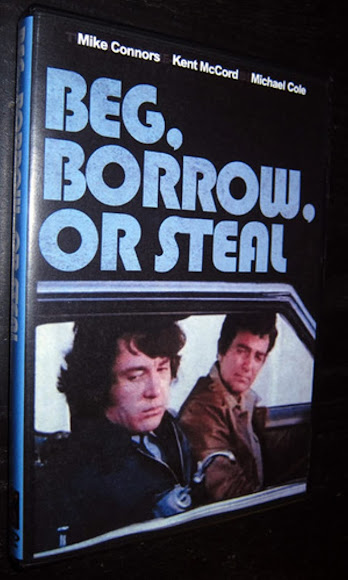 A surprisingly taut TV-movie from the Golden Age of TV movies back in the 1970s. TV cops Mike Conners (MANNIX), Michael Cole (THE MOD SQUAD) and Kent McCord (ADAM-12) play three handicapped friends who plot and carry out a complex jewel robbery. A good ending! 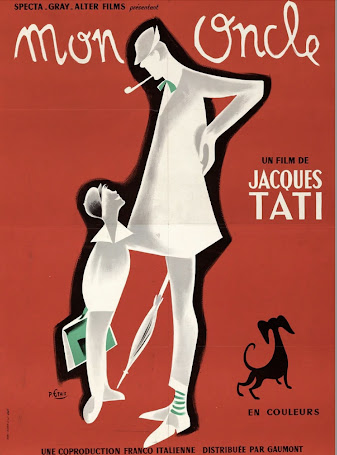 Ah, a classic! I first discovered this on PBS in the 1970s. In the '80s, I caught M. HULOT'S HOLIDAY and a couple of later Tati films on the big screen n revival. A unique and talented filmmaker, like most of Tati's pictures, this is a gentle, almost-silent  comedy made up of various set pieces about dealing with the modern world. 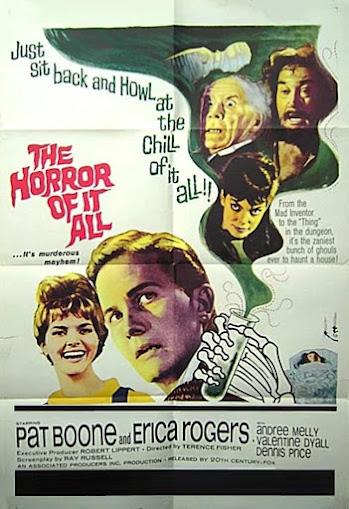 I have long considered Pat Boone to be a fairly miserable human being but there's no denying he was a personable leading man in his day. Far from APRIL LOVE, though, this one is pretty much a standard old dark house thriller that seems to think it's a comedy. Andreé Melly's goth seductress is easily the best thing about the picture. 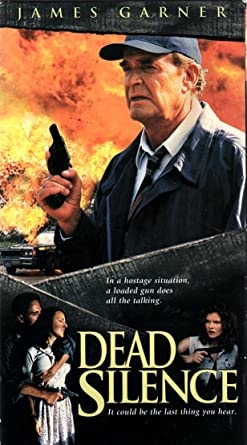 Based on a book called A MAIDEN'S GRAVE--and I don't know why as there are no dead maidens and no grave--this is another tense TV movie with a latter-day James Garner as a hostage negotiator in charge of freeing a kidnapped busload of deaf students and their teacher (Marlee Matlin) being held by three escaped killers in an abandoned slaughterhouse. It's good all the way through but has a cool and completely unexpected twist I NEVER would have seen coming...well, if looking up the cast list on IMDB hadn't spilled the beans to me. 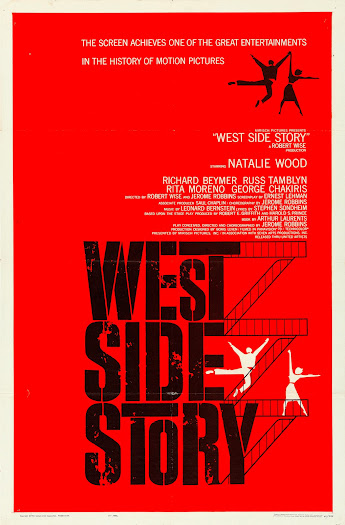 I know, I know. I call myself a film buff and yet I had never seen the original WEST SIDE STORY? Well, that's been remedied now and I have to say I found it brilliantly directed, artistically photographed, well-cast and just overall as impressive as all get out (and we all know how impressive all get out can be!). Once again, Rita Moreno steals her scenes. Did anyone ever look cooler than Russ Tamblyn at the beginning snapping his fingers? Chakiris--whom I've never cared for--impressed the heck out of me here! Never been a Natalie fan either but here, she just glows, and her dubbed singing (from my wife's late FB friend, Marni Nixon) was well-handled. Good to see David Winters, with whom I had some contact regarding the Christa Helm case (and who published a wonderful autobiography before he passed). A tad too long and a bit of a downer when all was said and done but still merits all the accolades it gets. Afraid to watch the remake now. Finally, this was another screener for review, a magnificent 5-hour documentary on 1980s science fiction movies. Here's my published review: https://forcesofgeek.com/2022/03/in-search-of-tomorrow-review.html
Posted by Booksteve at 6:04 AM