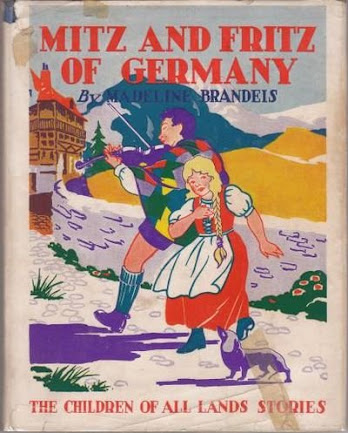 Actually, pretty much any Mitzi Green is rare since America's biggest child star of the early Depression years remains sadly forgotten. She made 14 movies for Paramount and RKO between 1929 and 1933. By that time, early puberty had hit and her child star days were over. She went on to a long, successful career on Broadway, radio, television, and in nightclubs, returning only twice to the big screen after her heyday.
BUT...
Here we find Mitzi and her frequent adversarial co-star Jackie Searl in a completely forgotten adventure...in a book! MITZ AND FRITZ OF GERMANY was part of a series of geographical books about and for children, written by Madeline Brandeis in the 1930s. To go along with her stories, the author hired young actors to pose for scores of photos in her various books and for this one, from 1933, she hired Mitzi Green and Jackie Searl to portray her characters.
The book is available online via Project Gutenberg, along with several other books in the series. I was able to order an original 1933 copy for $6.00 off Amazon (as opposed to the $937 copy they show) but as of this writing it has yet to arrive.
Below are some examples scenes from this rare "movie on paper." 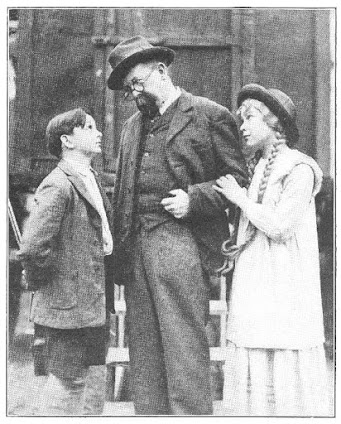 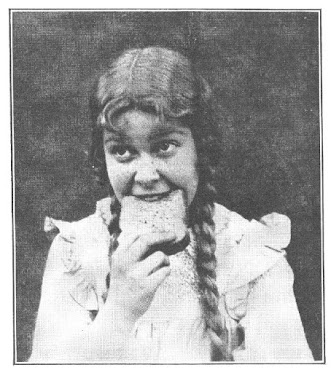 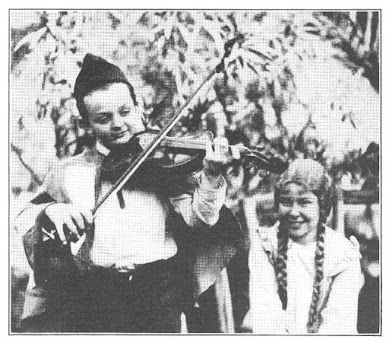 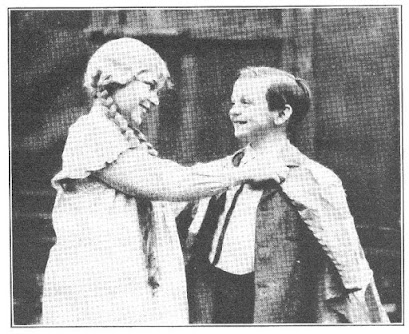 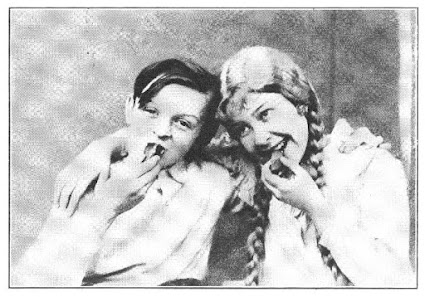 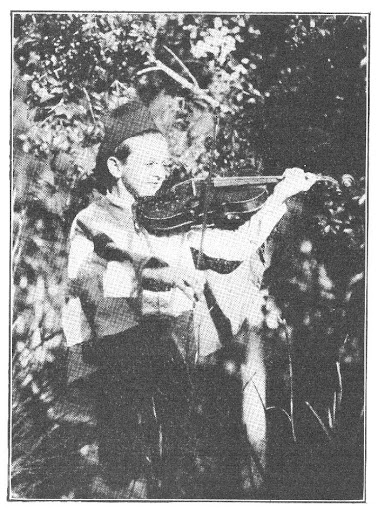 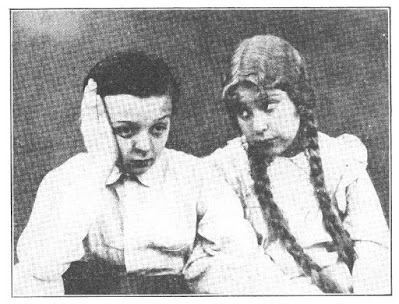 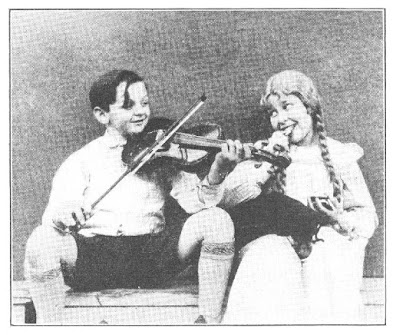 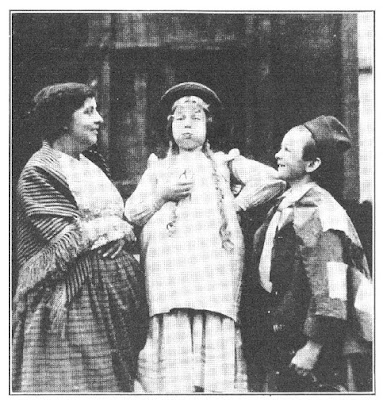 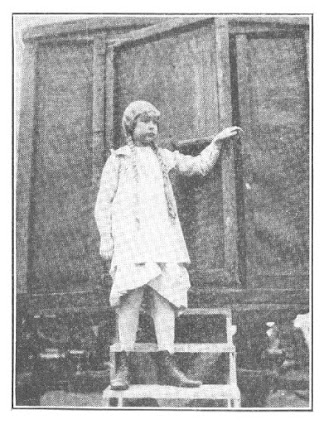 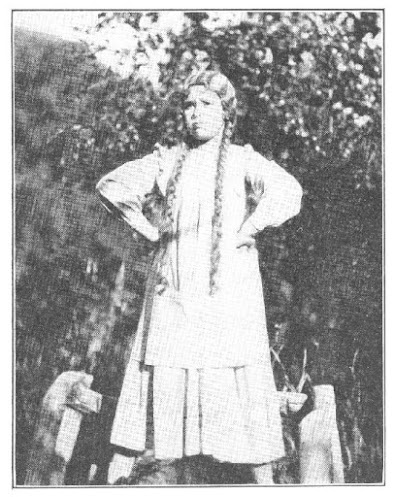 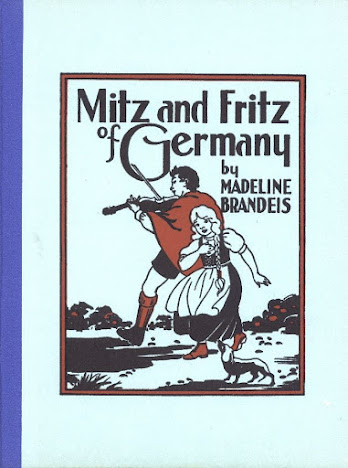 Posted by Booksteve at 9:02 AM