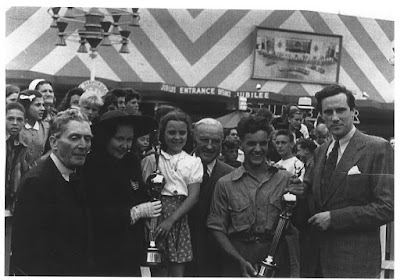 Seen above is a photo we already knew about. It shows 15 year old William Arronis and 11 year old Maureen Reynolds, winners of the July 3rd, 1940 athletic contests at the New York World's Fair which named them as "Super-Boy" and "Super-Girl." Far right is actor/singer Ray Middleton, one of the judges of the contest and the star of one of the Fair's big productions, AMERICAN JUBILEE.

Some folks say he was the first costumed Superman. I say they are incorrect. To me, the few photos and brief home movies of the man in the Superman costume look nothing like Mr. Middleton.

When DC Comics published the images in the mid-70s, they said the Superman actor's name was lost to history. Not long after that, and with no explanation, they published them again, this time saying it was actor Ray Middleton. No on seems to know where that info originated.

At no point in Middleton's long career did he ever talk about being Superman in any interviews that I've found. He died right around the time DC said it WAS him.

Bud Collyer, himself the original radio Superman, said in this print interview from 1946 that the World's Fair Superman was portrayed by a "brawny, muscle-bound ex-pugilist." Hardly fits the description of the obviously tall and sophisticated, hawk-nosed Ray Middleton (with his hair also parted on the opposite side).

To me the chin, the eyes, the hair, the ears, the height--all look different than Ray's. The only reason that people say this is Ray Middleton is because they have read it and every single source for that info seems to trace back to DC's sudden identification. 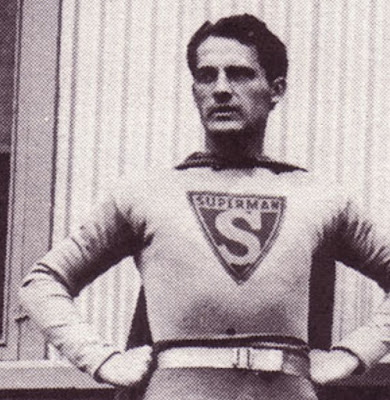 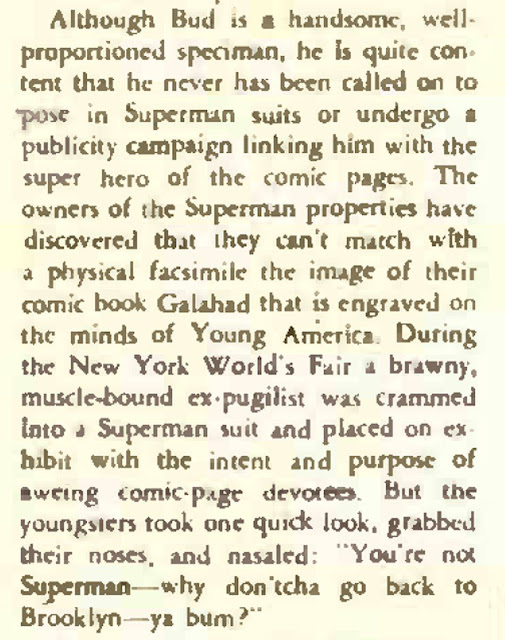 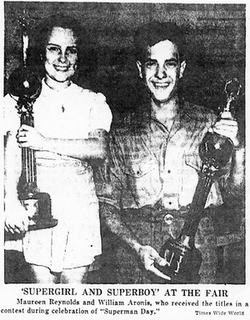 Below are some new photos I've run across of Maureen Reynolds and William Arronis on that long ago Superman day at the World's Fair. Note that the one with Ray Middleton includes the info on the back which simply identifies him as one of the judges of the contest presenting the trophies...which he unquestionably was. 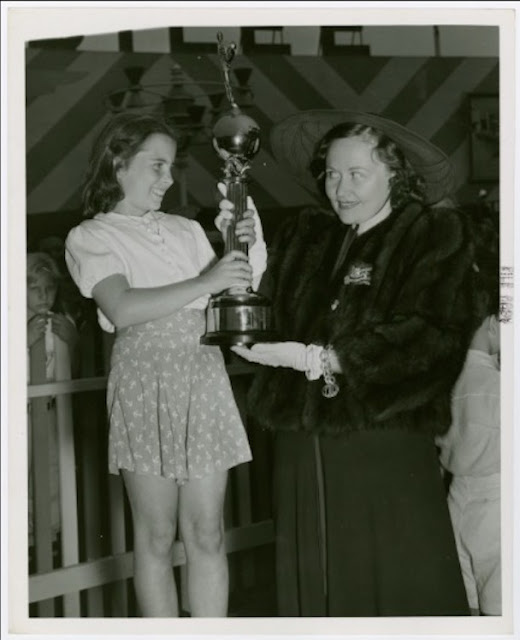 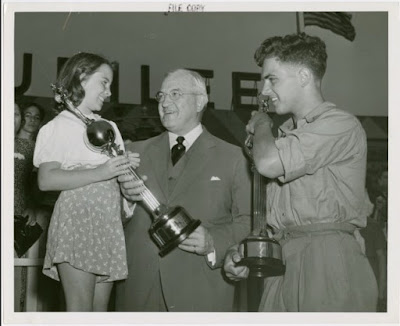 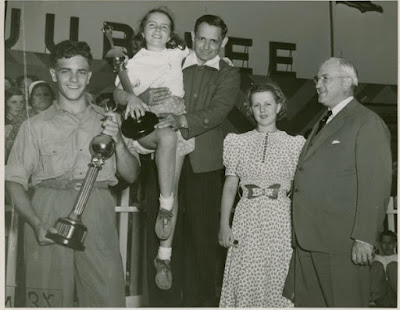 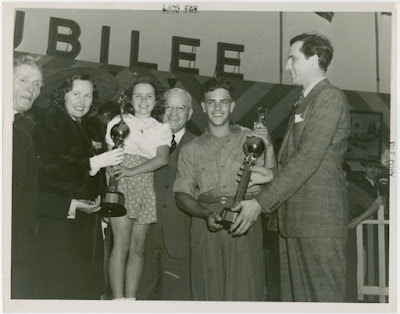 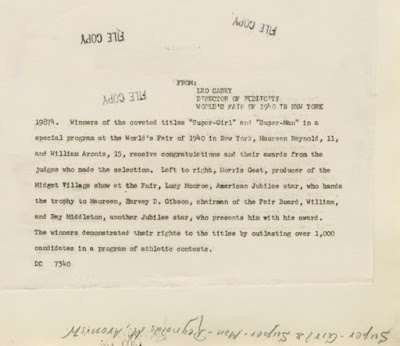 UPDATE FROM JERRY WILLIAMS VIA ANTHONY TOLLIN:
My friend from old-time-radio fandom Jerry Williams and Ray Middleton were neighbors and I recalled Jerry mentioning that Ray told him he had played Superman at the 1940 World's Fair. Last night I emailed Jerry and asked for confirmation and he replied: "Yes he was the man in the Superman costume, He was not in a play at the time as I recall and his manager arranged that which was before he came to Hollywood to make a couple of pictures with John Wayne. I have a lot of his publicity photos from his movies and Broadway shows but as of yet not seen any pictures except for the video of the worlds fair. He died in my arms from a heart attack April/10/1984 36 years ago."
Posted by Booksteve at 5:35 PM