Longtime readers might recall the autographs below that my wife purchased for me back in the early 1990s. A date on the back is from April in 1933. Some forever anonymous someone went walking through NBC studios and got signatures from several then-popular radio names. Jack Benny and Mary Livingstone (before her "e") are still known. Back in 2016 I posted a picture of comedian and later quiz host Tom Howard alongside James Melton, opera singer and then on the Benny show. Now I've finally seen a picture of Frank J. Black, longtime leader of the NBC Orchestra, and announcer Tiny Ruffner. Still need a picture of Jack's announcer for Canada Dry that year, Howard Claney. 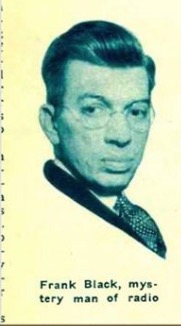 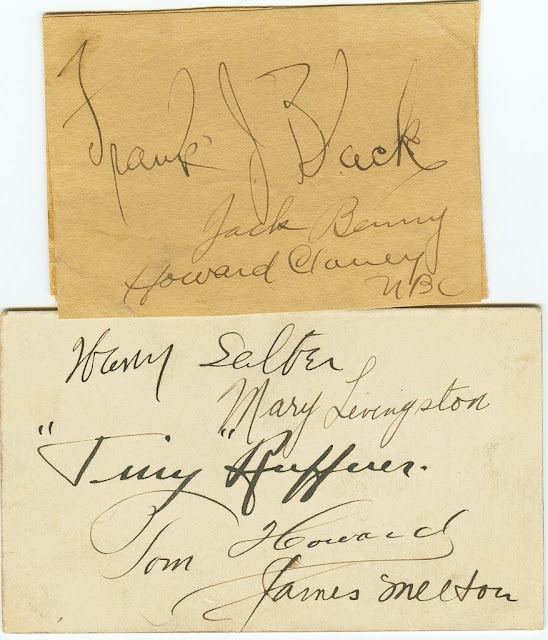 Posted by Booksteve at 8:37 PM