Willard Waterman As the Great Gildersleeve 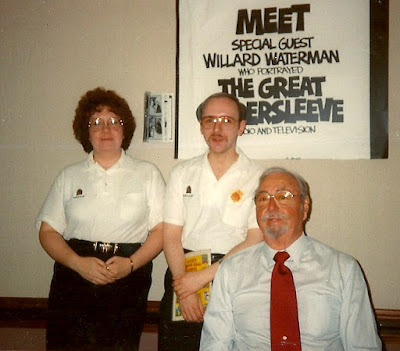 Willard Waterman had worked steadily in radio for two decades before he picked up the role that would make him famous, and he worked steadily in television, movies, and largely on stage for another two decades afterwards. But for the decade of the 1950s, Willard Waterman WAS--with all due respect to the wonderful Hal Peary--The Great Gildersleeve! Above, Rene and I with Mr. Waterman in 1989, the first of two times we would be privileged to meet and work with him. Rene played Birdie that year in a Gildy re-creation and I would later play Judge Hooker.

Below are a number of clippings, publicity photos, and ads from Waterman's Gildersleeve decade! 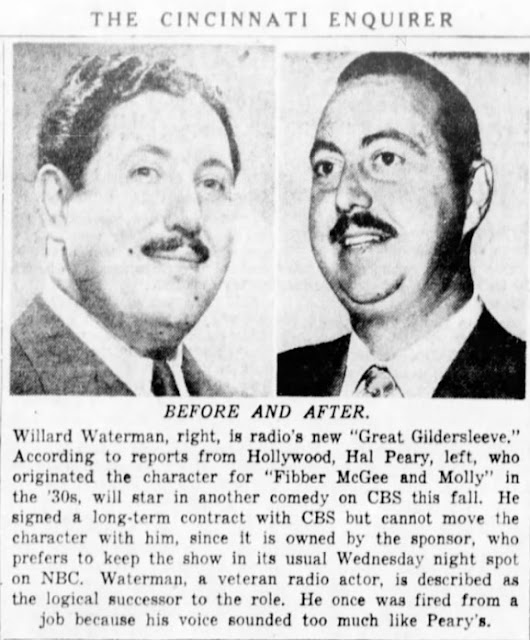 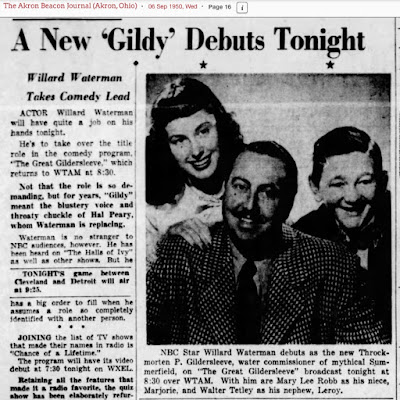 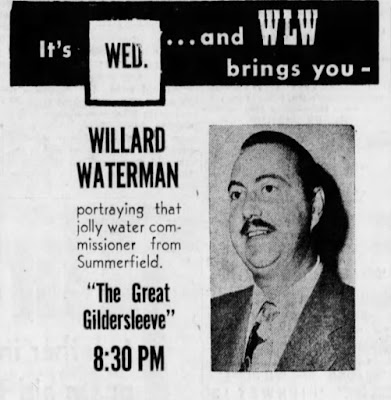 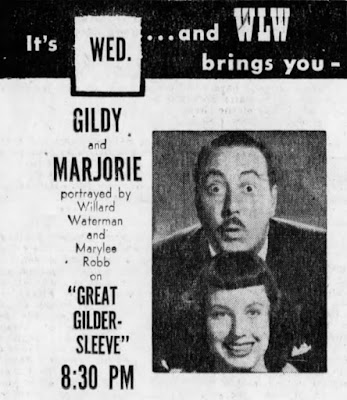 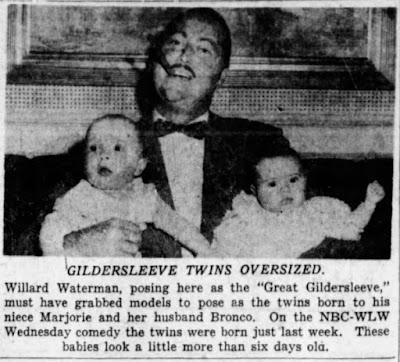 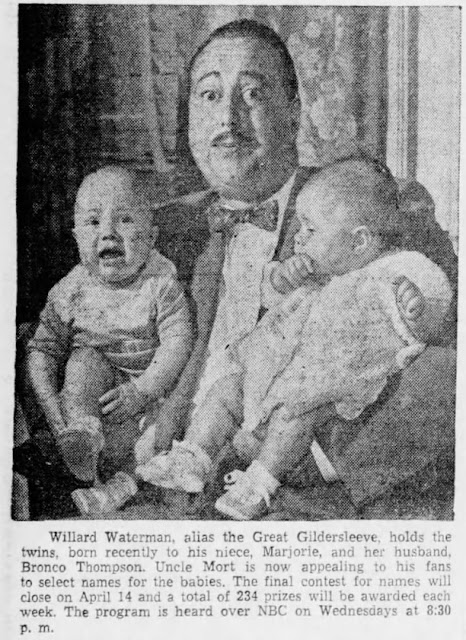 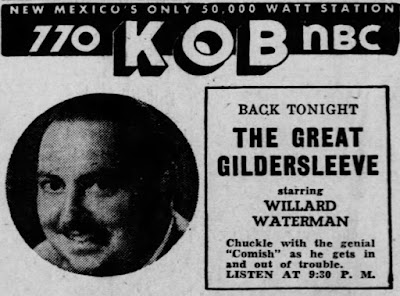 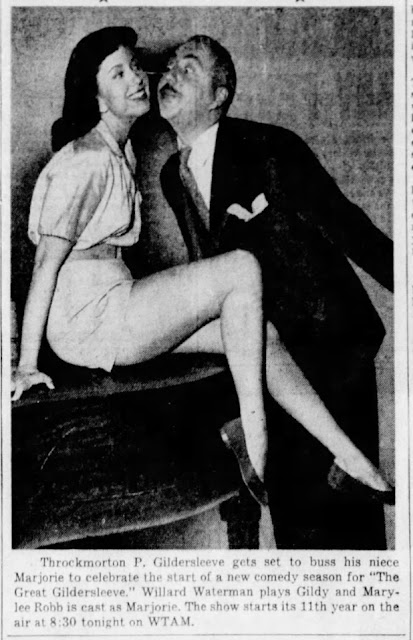 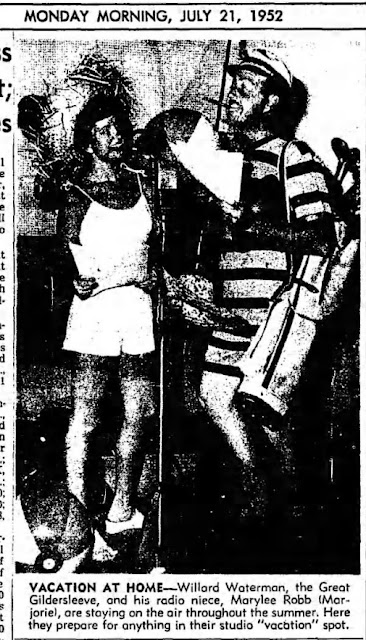 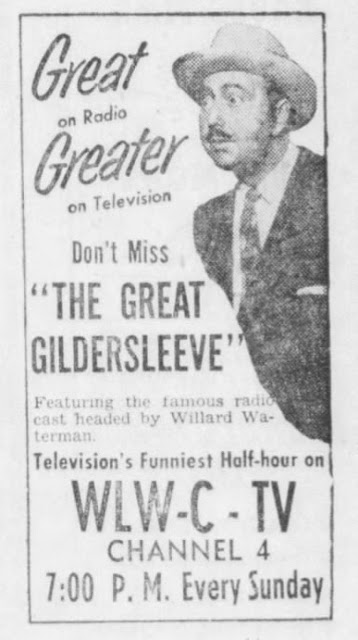 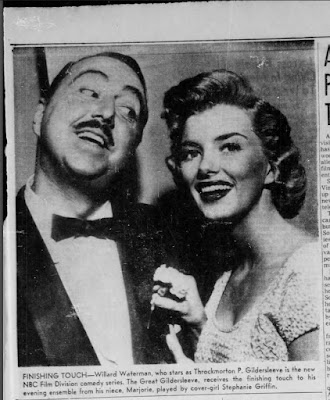 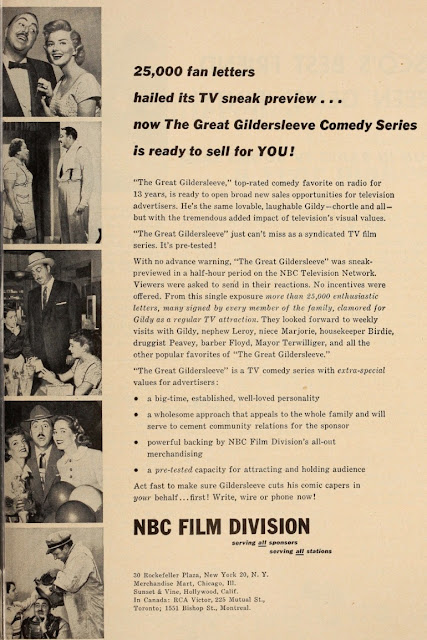 Posted by Booksteve at 6:06 AM