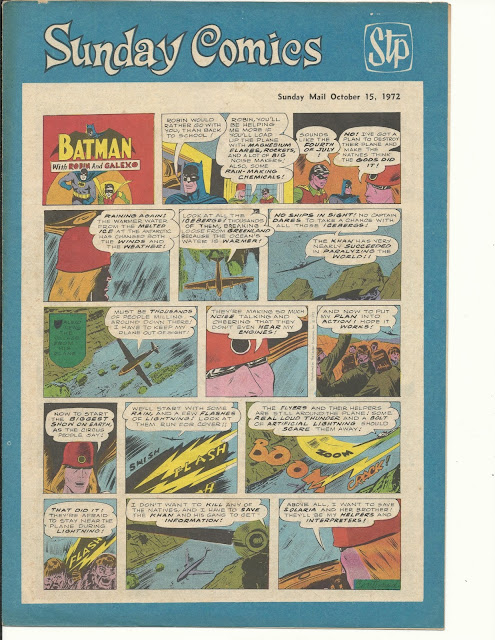 IDW's current, third volume collecting the BATMAN newspaper strip that began in 1966 features tells the story of how the newspaper syndicate itself took over the strip illegally and inserted their own, new character, Galexo. Longtime readers will recall that we here at the Library have been piecing together as much of this story as possible for a decade now. In fact, guess where they got the final strips they print?  Traditional wisdom has been that once Galexo appeared, the Dynamic Duo no longer appeared in costume. But we know now they did. The IDW volume stops with the strips seen above, Batman and Robin's final appearances in their own strip--in costume.

But it didn't end there! From there, the Galexo character got involved in his own adventure, teamed up with his own sidekicks, and even got his own strip in the long run, drawn by the estimable Fran Matera.

By this point, these strips were apparently not being printed anywhere in America. These are from Singapore. The Straits Times took a week's worth of dailies and edited them into a Sunday strip format, even coloring them. In the process, though, the opening panel was always lost for a logo, another three panels were edited out to make them all fit into the format, and nearly all of the strips were truncated by having the lower bit removed.

Below, the remainder of the Galexo strips I have AFTER the ones I was able to provide to IDW. 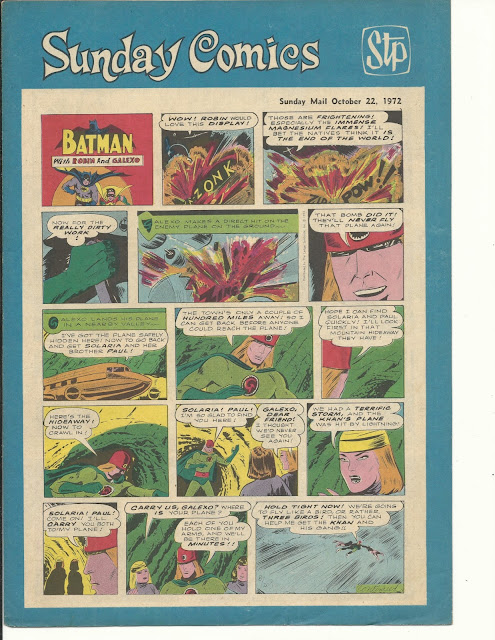 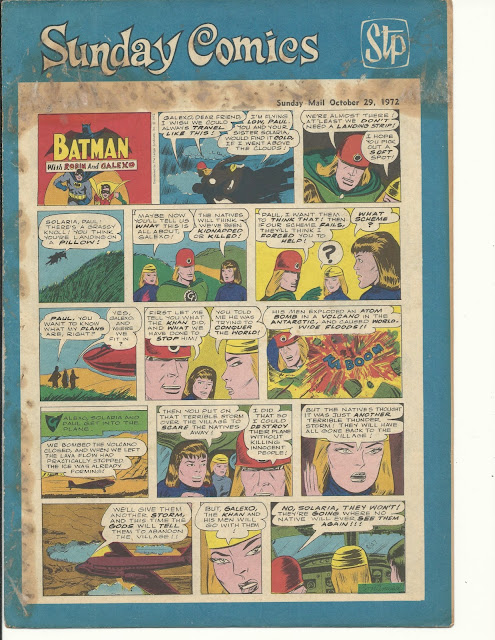 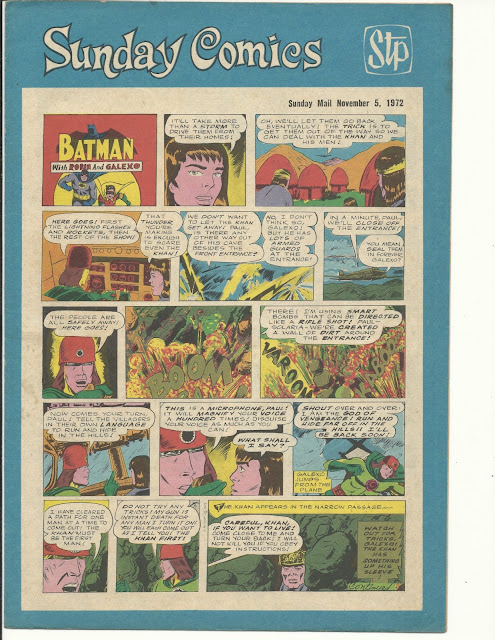 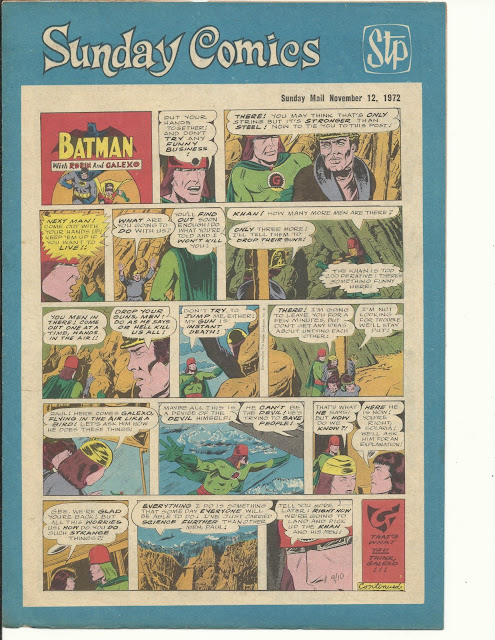 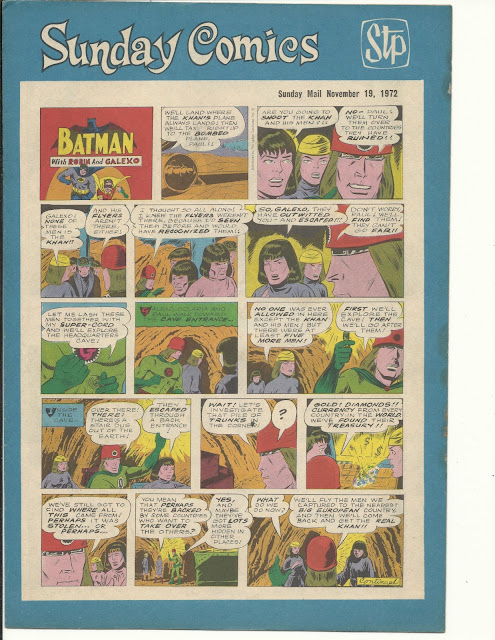 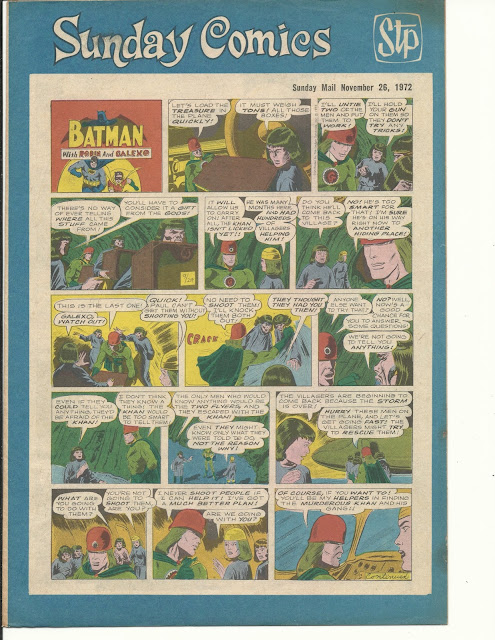 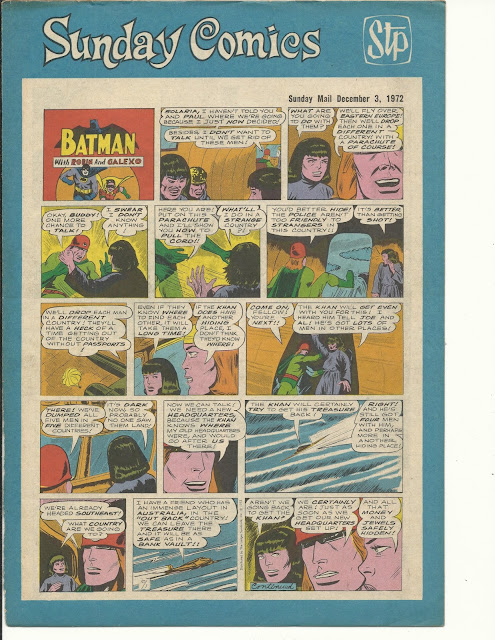 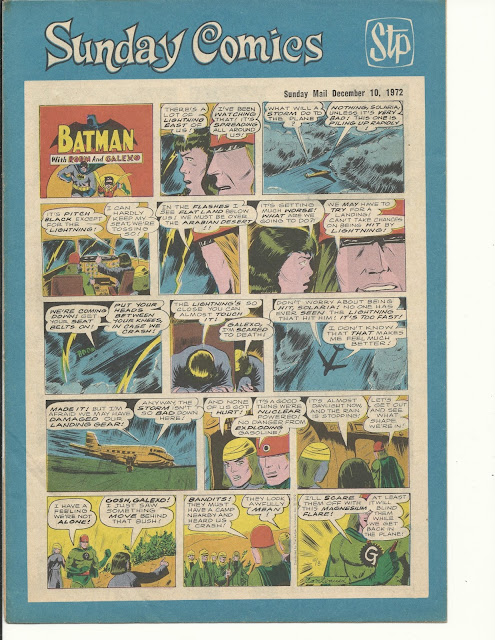 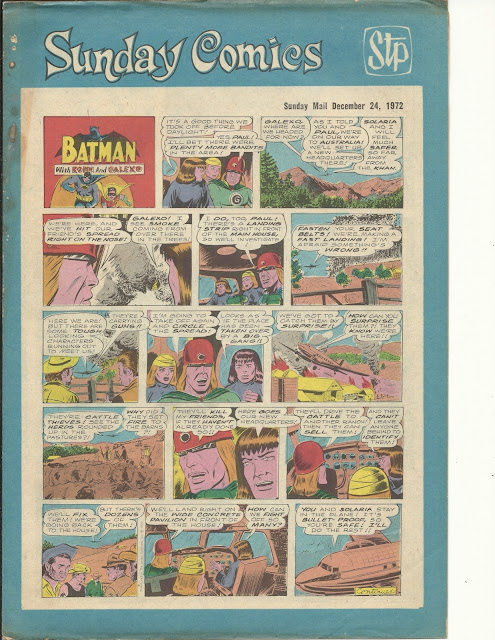 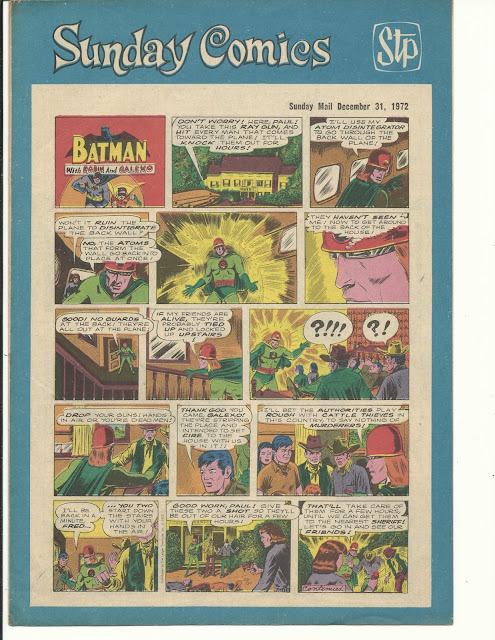 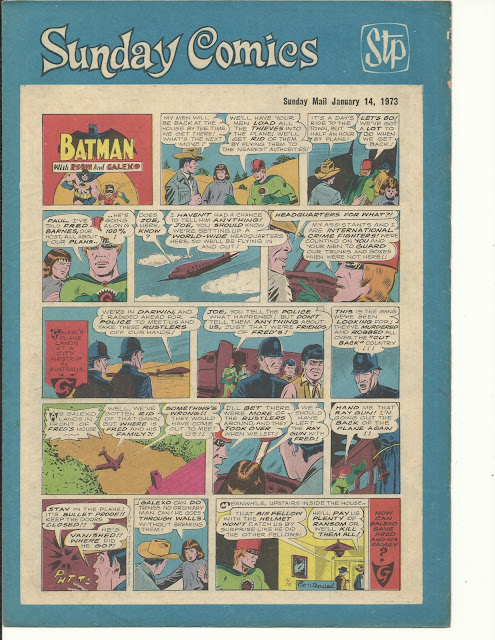 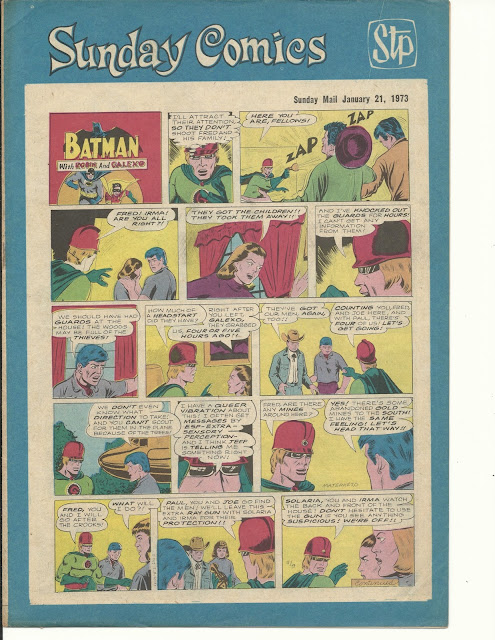 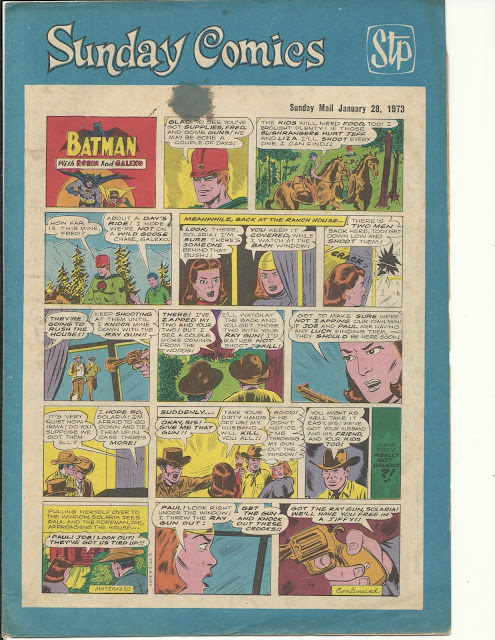 Posted by Booksteve at 2:38 PM