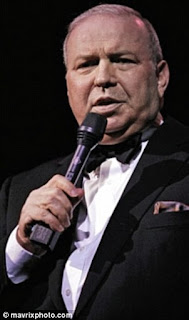 Frank Sinatra, Jr. died last night at the age of 72and that bothers me a lot more than it probably should. He was not a major star. He was not even a one hit wonder as he never really had a single song he could call his own nor did he ever even make the charts. His career was forever in the wake of his more successful sister’s and, even more so, of course, in the deep, deep shadow of his legendary father.

Love him or hate him—and it was certainly possible to do both—Frank Sinatra, Sr. was inarguably one of the most important figures in 20th century show business and pop culture. The idol of millions of bobbysoxers in 1940, just a year or so later Frank was married and he and his wife had started a family with little Nancy. Announcing his intention to have a total of six kids in time, Frank, Jr. was born in January of 1944.

In a real life version of every parent’s darkest nightmare, in the early 1960s, Frank Jr. was kidnapped and held for ransom. It’s a long and sordid story we won’t get into here but suffice it to say that while he emerged okay from the ordeal, his father was forever changed and the kidnapping itself would go on to be the one thing in the public eye which Frank Jr. had to call his own. The one thing about him that he undoubtedly hoped people would forget.

He spent decades helping out at his father’s concerts and then in recent years celebrating his father’s legacy with a series of concerts of his own. In time, he even grew to look much like his father but the voice—fine if one could avoid the comparison—just wasn’t the same.

Maybe he was happy. I like to think so. But he never seemed to be. He often seemed in interviews and appearances to be on edge and a little overly cocky and yet always with an aura of sadness and resignation.

When I heard that he had passed, here in a week where several other friends and family members have had losses, the concept of mortality hit home. I looked up his birth announcements in old newspapers, all filled with such promise. He was not his father. He was not his name. He was an individual and he counted. Growing up, I never cared for his singing. I never liked seeing him on television. I don’t think he was particularly gifted or talented in the ways other members of his family were. But he counted. YOU count. I count. We ALL count! But soon enough we will all be gone.

I hope he was a happy man. I really do. I was not a fan...but I miss Frank Sinatra, Jr. already and the world just goes on and on.  R.I.P. 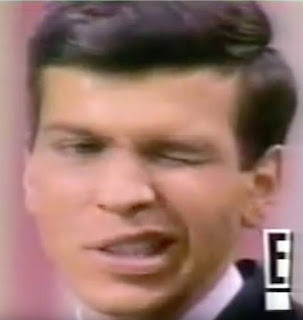 Posted by Booksteve at 1:14 PM