Yours Truly Johnny Dollar...Starring ME-1996 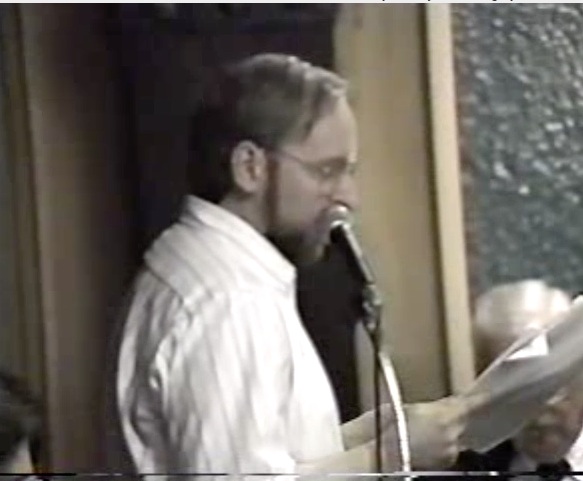 The late great announcer Fred Foy now has a tribute website set up by his daughter. It has lots of videos including several hours from the 1996 Cincinnati Old-Time Radio and Nostalgia Con including the re-creations. This was the first year where we met the lovely Karen Hughes (then 11) but I had forgotten it was also the year where I played the lead role in an episode of YOURS TRULY, JOHNNY DOLLAR opposite Mr. Foy and Parley Baer.

I didn't much care for the lead, actually. I had to do a straight voice and I was on mike the whole half hour. Never got to sit down or think about my line readings. I was okay, but I was better as Burly Scott in the LONE RANGER episode, also seen here! Still! Much fun then and now! I hadn't seen this in 19 years. Check it out here: http://www.fredfoy.com/#/ 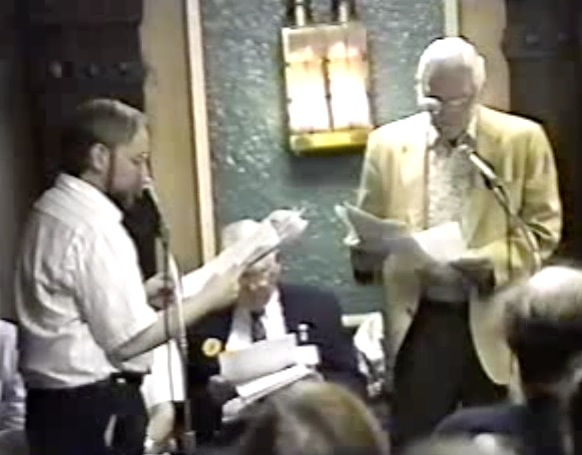 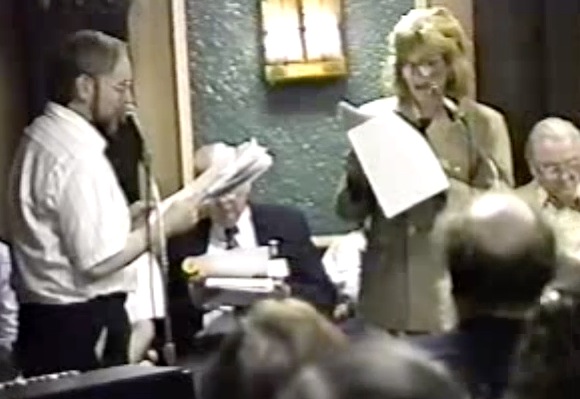 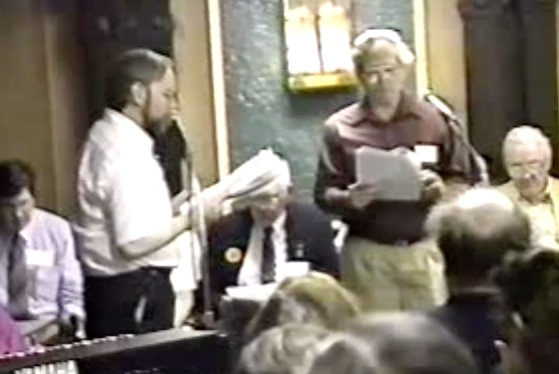 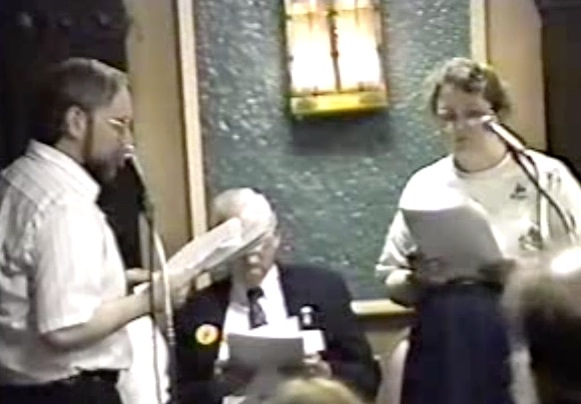 Posted by Booksteve at 8:28 PM