Bowie In a Strange Land 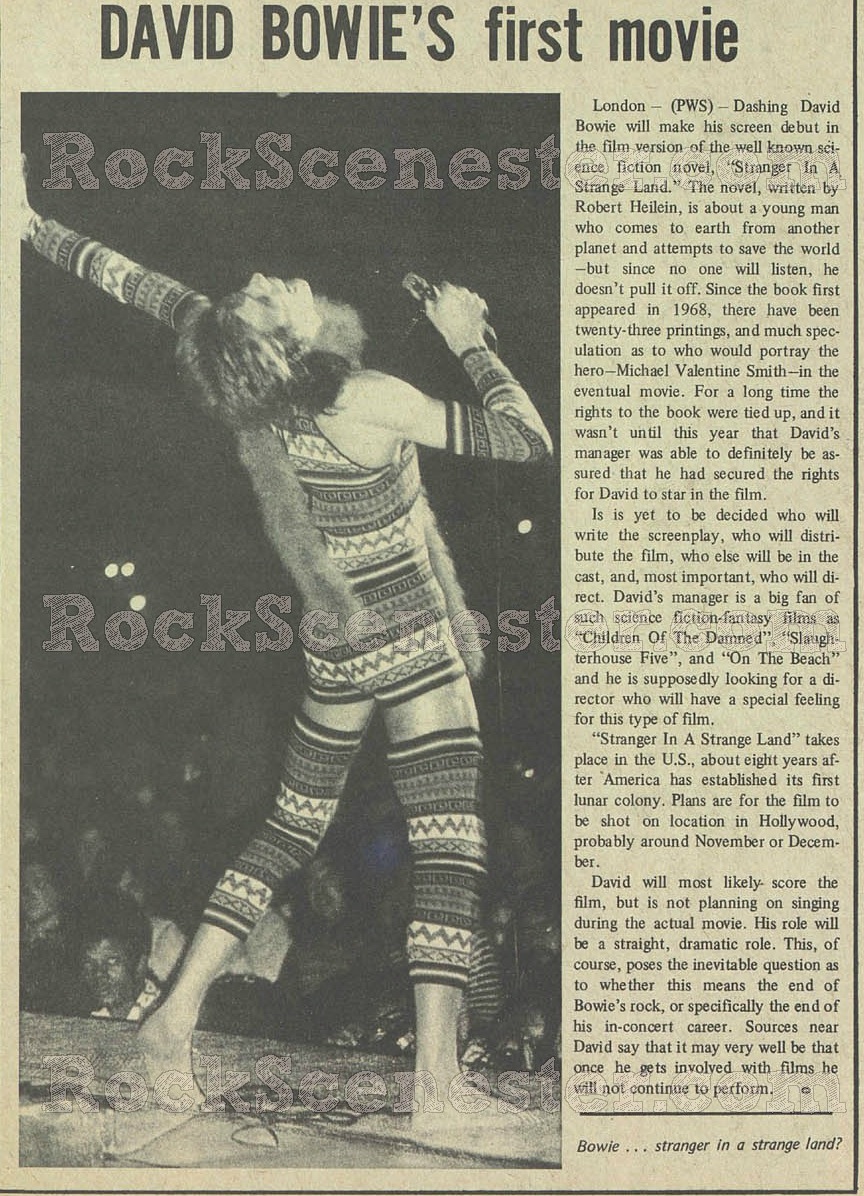 From 1973, here's a piece about how David Bowie was set to play Robert Heinlein's famous alien who comes to Earth in the film version of STRANGER IN A STRANGE LAND.
Never happened.

Instead, three years later we get Bowie as an alien who...well...falls to Earth in THE MAN WHO FELL TO EARTH. A consolation prize, maybe?