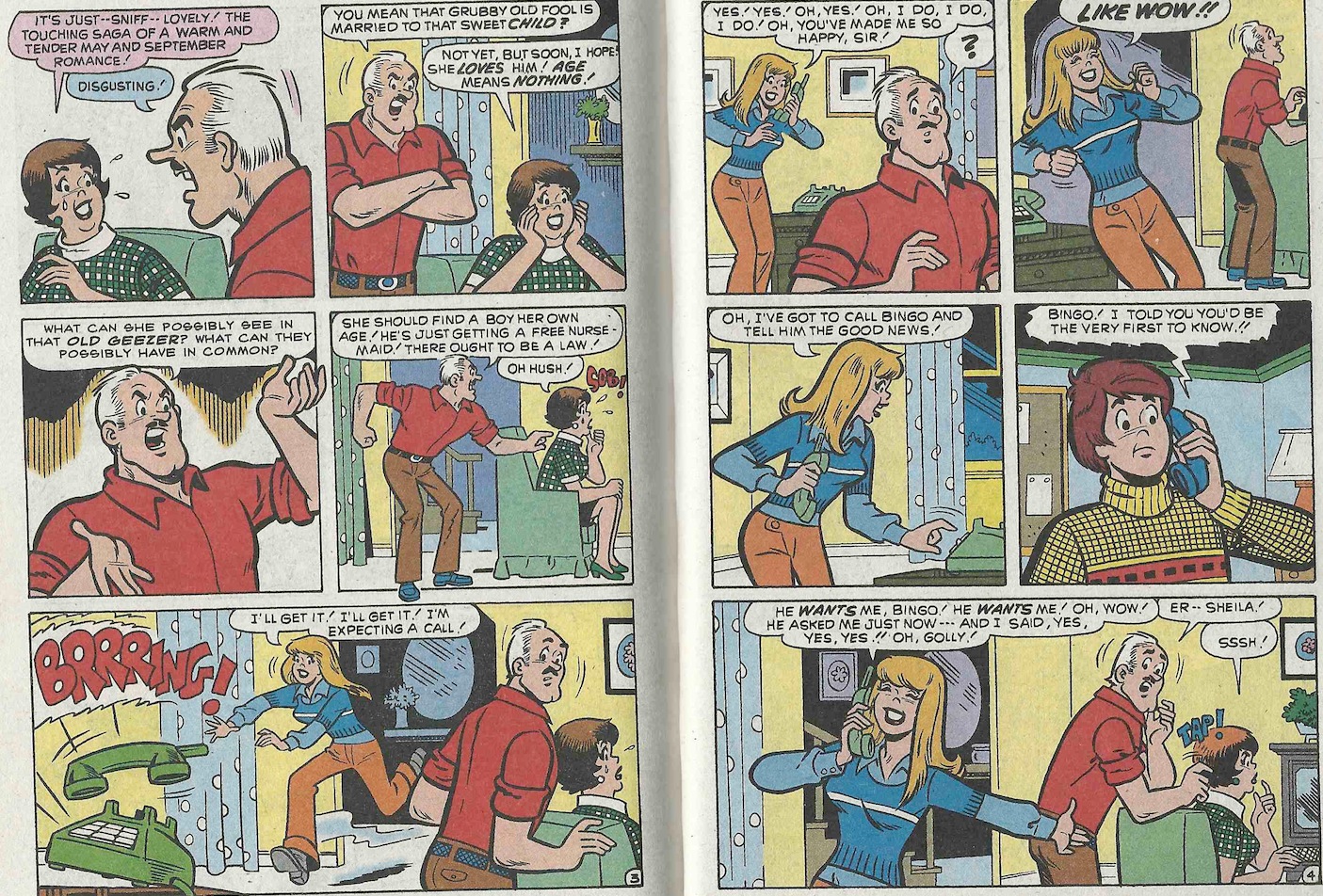 Remember Bingo? That Wilkin Boy? In spite being little more than a hipper Archie clone without the romantic triangle aspect, Bingo was successful enough to hold his own comic book--which began in 1969--throughout the 1970s. He's even been revived from time to time both in cameos and in reprints in the numerous Archie Digests. It's there where I spotted this story.

Take a quick look. Notice anything? Now remember that nearly ALL of Bingo's stories were made in and took place in the 1970s. This one is credited to Frank Doyle and Stan Goldberg. While Stan just left us recently, Doyle passed in 1996.

There are NO curly cords attached to the receivers and what appears to be a crudely added antenna can be seen instead! Also the dials have been fairly nicely replaced by pushbuttons! Rather than confuse today's young readers with something many of them may never have seen, today's Archie is retouching elements from past stories before reprinting them!

UPDATE: I found the original pages for comparison! 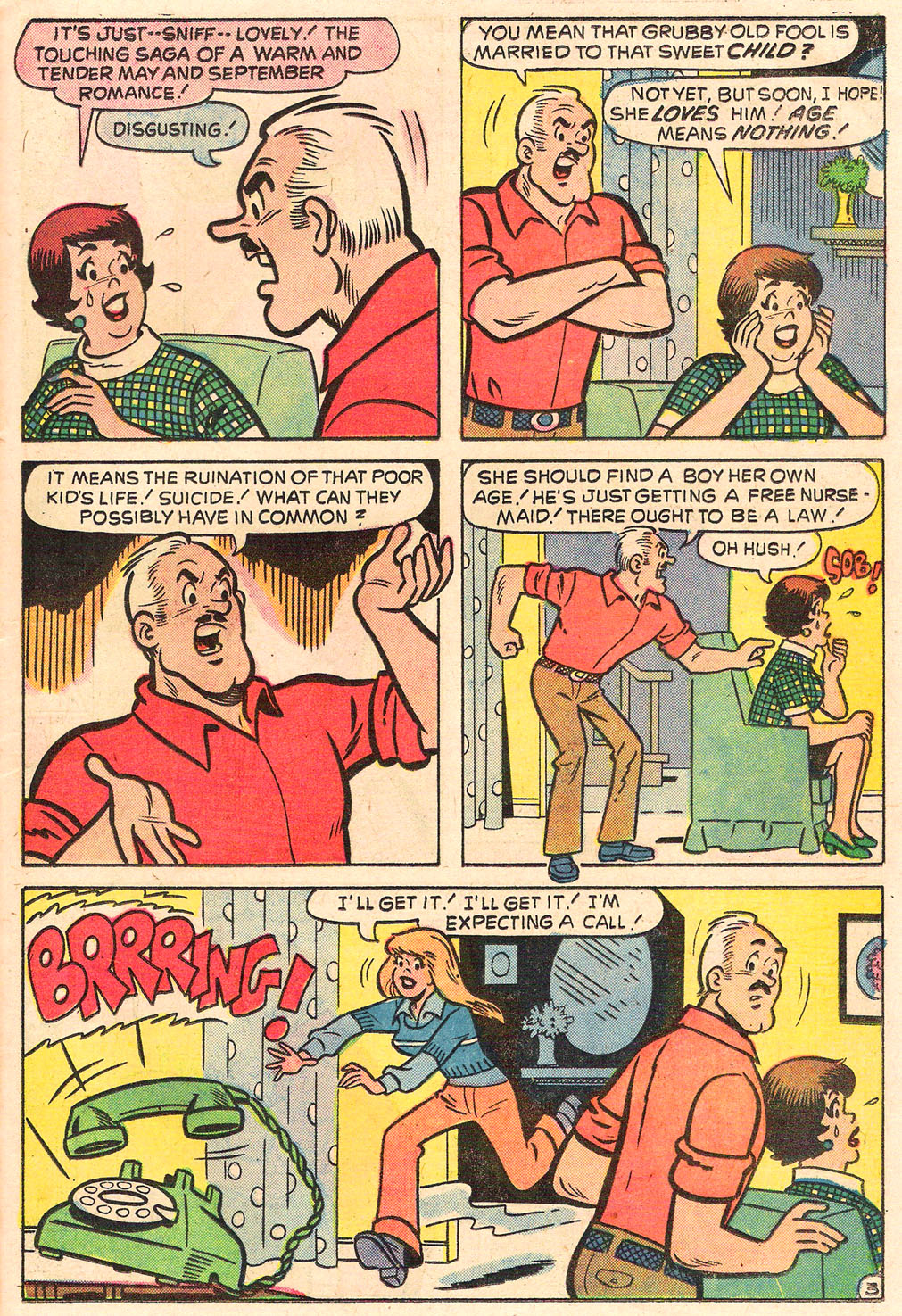 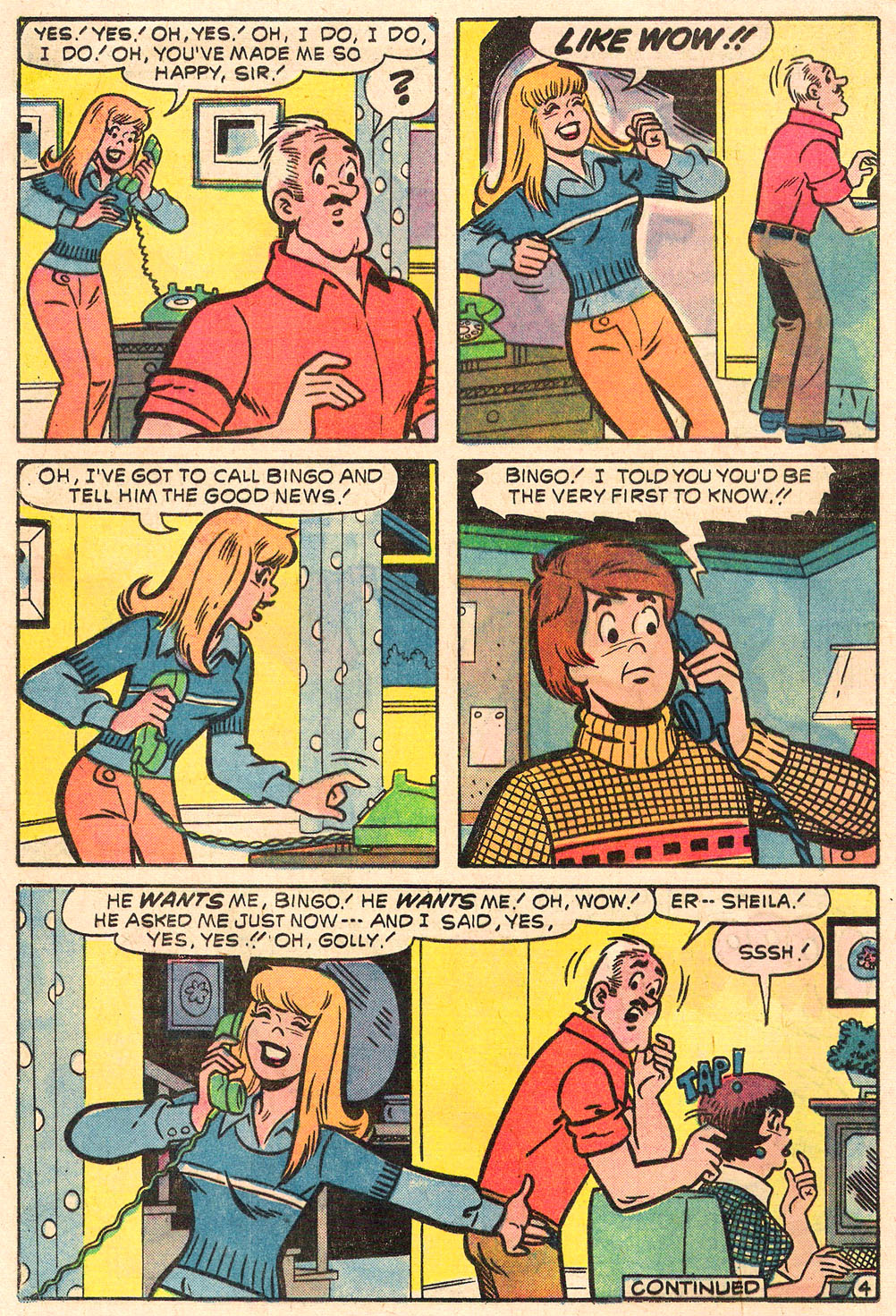 Posted by Booksteve at 4:34 PM