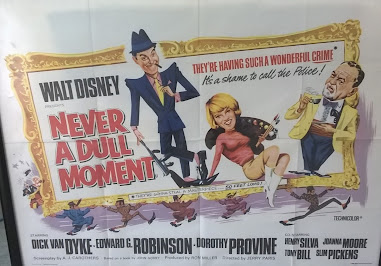 For many years I remembered a specific, atmospheric scene I saw in a movie back in the late 1960s that I thought had starred Dick Van Dyke. I couldn't recall much about the scene other than the fact that it was set in an alley. I couldn't recall anything else about the picture, either. Eventually, as I became a better researcher and cable TV and the Internet offered many more sources, I was able to pinpoint the forgotten film as 1968's NEVER A DULL MOMENT, a Disney flick starring Mr. Van Dyke.
Someone once said that when you don't have faith in a movie, you entitle it NEVER A DULL MOMENT and, sure enough, there have been several fairly forgettable films with that name...this once included. It did have some memorable posters, though. LOTS of them! 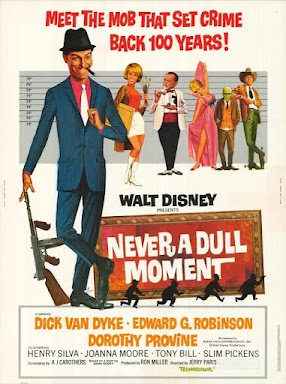 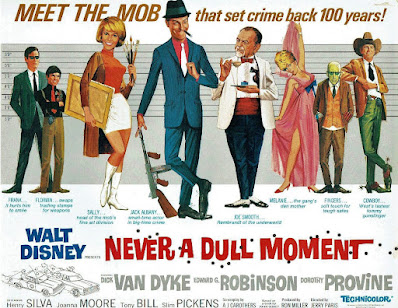 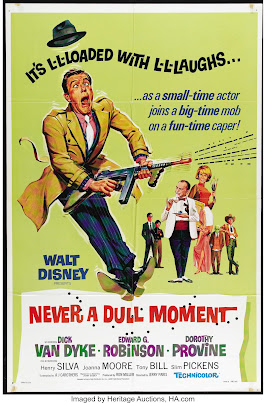 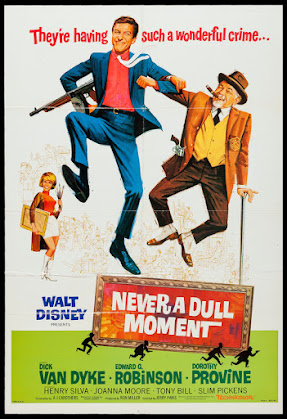 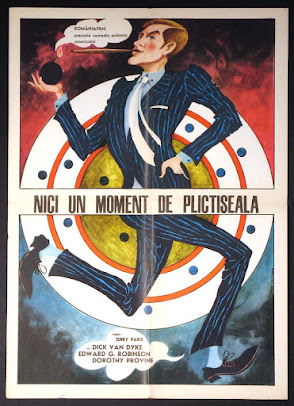 Posted by Booksteve at 8:31 PM