Milton Berle in The Day the Clown Cried 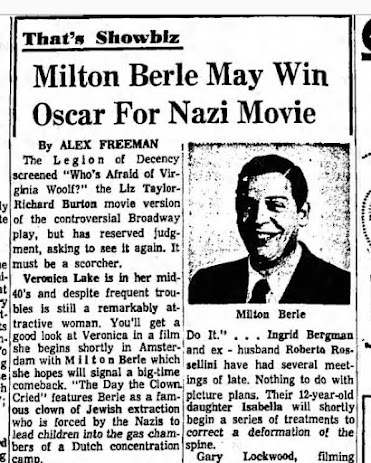 A lot of folks are familiar with THE DAY THE CLOWN CRIED, the legendary unfinished and unseen Jerry Lewis film that started shooting in 1971. BUT...did you know there was an earlier 1966 attempt--also unfinished (if any actual footage was ever even shot)-- which would have starred Milton Berle, Veronica Lake, and Karl Malden? There was even talk that Berle might get the Oscar! 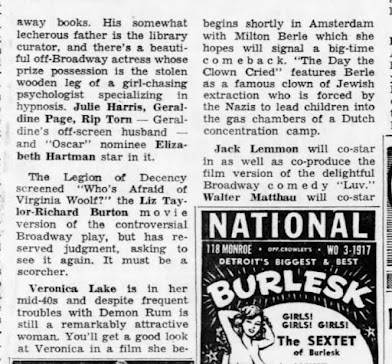 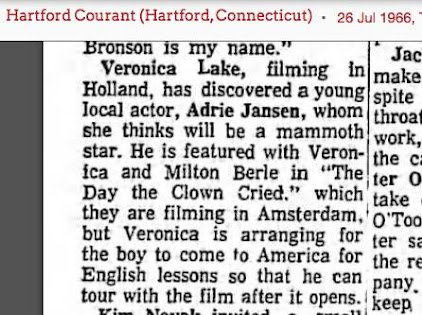 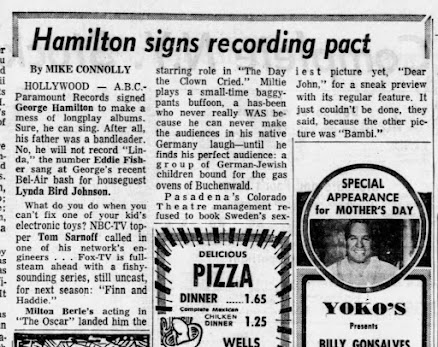 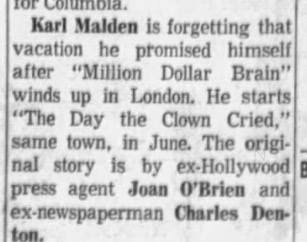 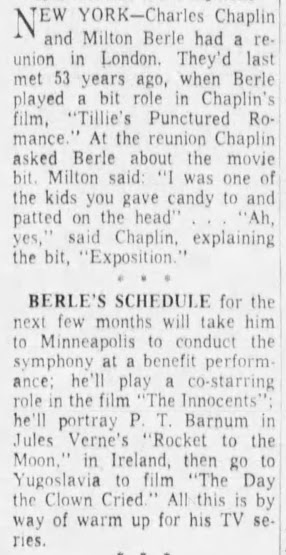 And yet, after all the above from 1966, this bit from early 1967 has Uncle Miltie saying he's still negotiating to do the project.

Posted by Booksteve at 5:59 AM