The Great Gildersleeve Comes to TV 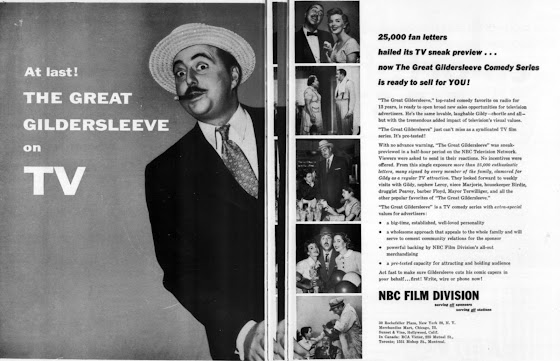 Here's a nifty trade magazine ad for the 1955 television version of the long-running radio series, THE GREAT GILDERSLEEVE.
The series began in 1941 as a spin-off from FIBBER McGEE & MOLLY, which had featured actor Hal Peary as various characters named Gildersleeve for several years at that point before finally settling on Thockmorton P. Gildersleeve, married and president of the Gildersleeve Girdle Factory.
For his own show, Mrs. G. was retconned out and the girdle factory was left behind as Gildy moved to Summerfield to become guardian to his young nephew and his teenage niece. Before long, he became the Water Commissioner of Summerfield. For 9 years, Peary WAS the Great Gildersleeve, with his patented "dirty laugh." The series was arguably the first true sitcom and became extremely popular for NBC and its sponsor, Kraft Foods, lasting 9 years and with the characters featured in several B-movies.
At the end of the decade, however, when CBS raided NBC's shows, Peary jumped the gun by signing with the new network, not realizing that Kraft preferred to stay at NBC...and Kraft owned the series itself.
So it was that Willard Waterman became the NEW Great Gildersleeve. Waterman's voice bore an uncanny similarity to that of Peary's, although he spoke a bit slower and refused to do the Gildy laugh out of respect for his predecessor. Instead, Waterman would offer up what he referred to as "a polite chuckle."
The show with Waterman ended up lasting almost as long as it had with Peary, hampered mainly in that changing tastes in radio cut it down to 15 minute episodes toward the end, little more than sketches. 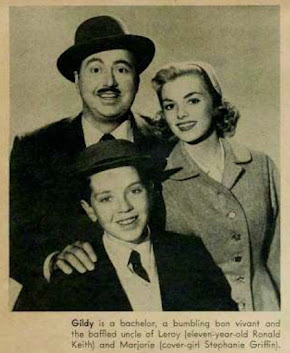 One of the reasons for those changes, though, was the success of television. With Waterman in the role at the time a GREAT GILDERSLEEVE TV series was proposed, it was only natural that he would take it on.
Many years later, my wife and I had dinner with Mr. Waterman and his lovely wife, and he told me the folks behind the TV version simply didn't understand the character or the type of family humor that had made the series so popular. On radio, Gildy loved women, but on television, they made him into what Willard called, "a skirt chaser." 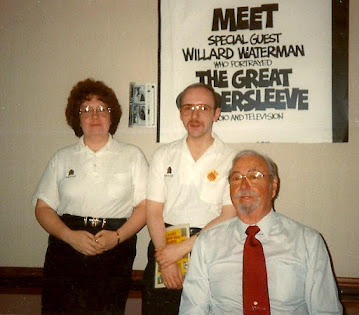 The series didn't last long but would pop up in reruns from time to time. Waterman went on to DENNIS THE MENACE and Broadway. When the nostalgia boom hit, it was, in fact, Peary who appeared on TV and radio specials--sponsored by Kraft--as The Great Gildersleeve. In the 1980s and '90s, though, it was Willard Waterman who wowed everyone as Gildy at nostalgia cons.
Posted by Booksteve at 9:38 PM