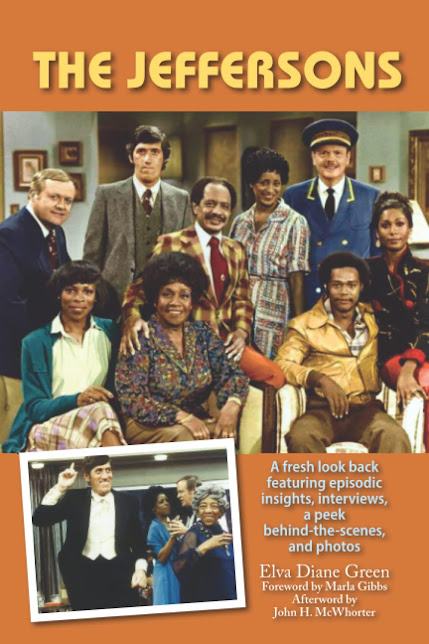 My dad stood about 5’4”. Born in 1910, he hated all black people because that’s the way he was raised. Well…all black people except the guy he worked with…or the guy he pitched horseshoes with…or the black woman who moved into an apartment next door…or…well, you get the idea. He hated black people because he had always been told he should. Once he actually got to know someone, the story changed. I think this probably threw him a bit over the years, although he never said a word to me about that. He did set an example for me, whether or not it was the one he meant to set, that I should judge people by their actions, not by the color of their skin.

The reason I noted above that my dad was short is because he would, in later years, become a major fan of actor Sherman Hemsley, who, at 5’6” starred on my father’s favorite 1970s sitcom, The Jeffersons. 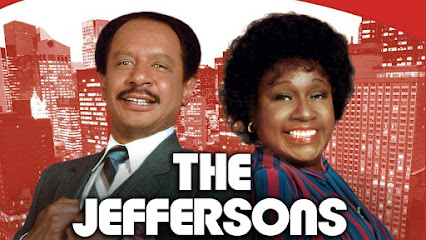 Dad would have enjoyed reading the new book: The Jeffersons—A fresh look back featuring episodic insights, interviews, a peek behind-the-scenes, and photos by my longtime Facebook friend Elva Diane Green. After her first book brought HER father, pioneering black filmmaker, comedian, songwriter, and ham radio operator Eddie Green (of Duffy’s Tavern fame) back into the spotlight, Elva was asked to write this book as a follow-up and she has done an impressive job. Eddie Green was the first black man to appear on television, in an early experimental broadcast, in a way leading directly to The Jeffersons getting their own series several decades later.

For those unaware, Lionel Jefferson was originally a supporting character on Norman Lear’s All in the Family hit series right from its beginning. In time his mother, Louise, was introduced, and then, eventually, his father, George Jefferson.Lear could seemingly do no wrong at that stage in his career and the Jefferson family were handed their own series, complete with a bouncy new theme song written and sung by actress J’anet DuBois. 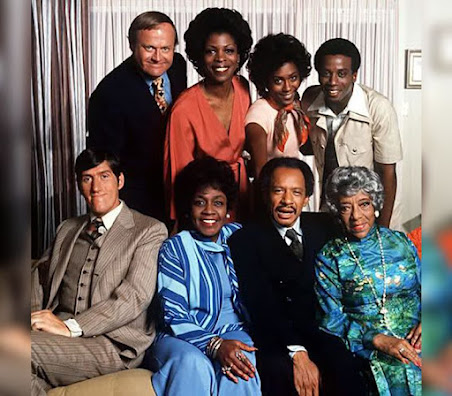 For the series, in which George (Hemsley), Louise (the wonderful Isabel Sanford), and Lionel (originally Mike Evans) “move on up” in the world when George’s dry-cleaning business proves a huge success, new regulars were added including an inter-racial couple, a goofy British neighbor, and best of all, a sassy maid (Marla Gibbs, who wrote a brief Introduction to the new book). 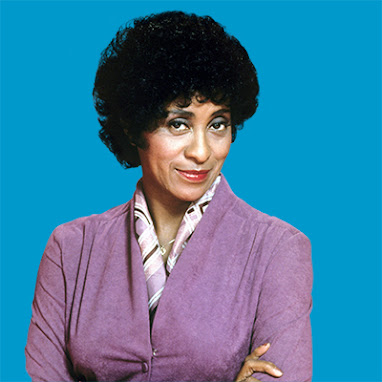 The author shares lots of behind-the-scenes details about all of these characters and the actors who played them while, at the same time, following along, season by season, with episode guides and a fairly successful attempt at placing each season in context with regard to the critics, the viewing public, and what was going on in the world at the time. 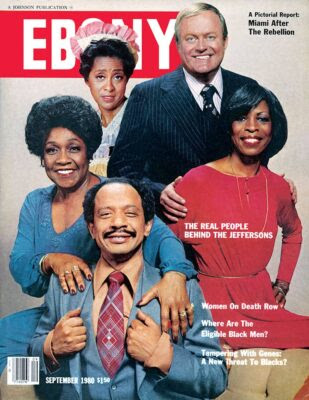 Unlike a lot of books like this, Elva also adds her own opinions here and there, giving the book a unique feel lacking from those volumes dealing only in cold, hard facts. She sometimes goes off on tangents but it all adds to the book’s charm.

One thing she makes perfectly clear—and on which I agree—is that the real star of the series was Marla Gibbs as Florence, the maid who joins the cast right at the start. Her relationship with the cocky, mouthy George is more like Rochester to Jack Benny than Hazel to Mr. B. 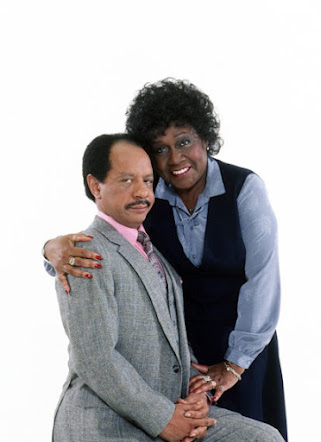 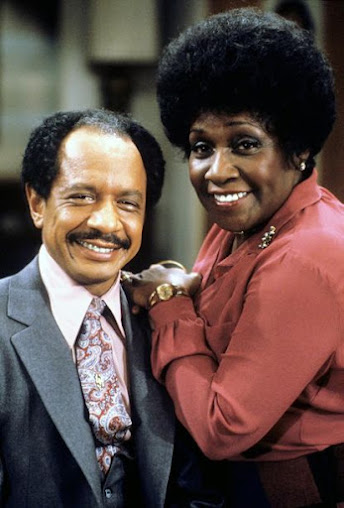 Hemsley and Sanford were 21 years apart in age and yet they made one of TV’s perfect couples! They appeared together as George and Weezie (or a reasonable facsimile thereof) for years during and afterwards on various TV shows and commercials.

The Jeffersons was one of Lear’s patented loud sitcoms, with lots of yelling but also lots of love and lots of humor. It lasted more than a decade and left a legacy that is only now beginning to be explored. If you were a fan, or if you want to learn more about black history and pop culture of the 1970s, Elva Diane Green’s The Jeffersons is a great place to start. Like I said, my Dad would have loved it!

For some reason it's not letting me link it but you can order your copy at Amazon or through Bear Manor Media's website.

Posted by Booksteve at 4:57 PM