The Booksteve Film Festival 2022--May 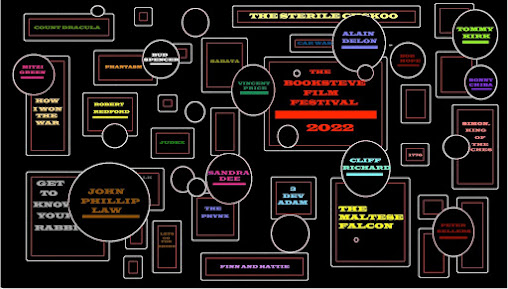 This month saw me with multiple deadlines all ultimately converging to the same point for four very different projects! Luckily, one of those projects involved me getting to watch some movies. More details on it later but it isn't MY project. I'm just behind the scenes on it. 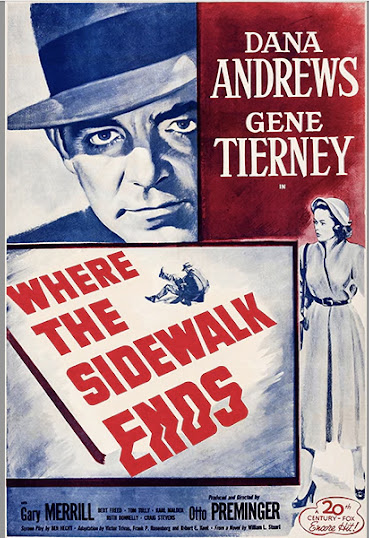 Dana Andrews in a hat. Noir films don't get much cooler than that. Unfortunately the magic that struck when Otto Preminger teamed him with Gene Tierney in the great LAURA didn't really continue here. Parts of it are good but it leads to an unsatisfying ending. 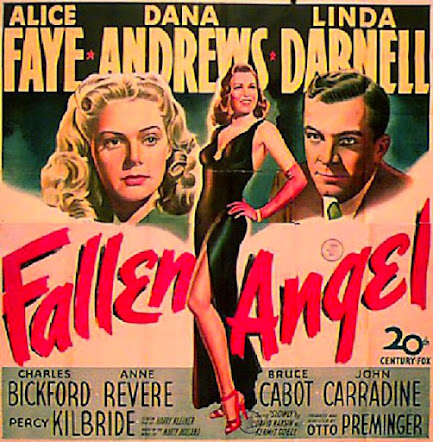 What can I say? I was on a Dana Andrews kick. This one is another Preminger but with a weird storyline, characters who change characterization mid-film, characters who show up looking like major plot points and then disappear without being mentioned again. I'm told this was the picture that led to Alice Faye leaving movies! Darnell is good and Percy Kilbride sheals the picture--as he often did. 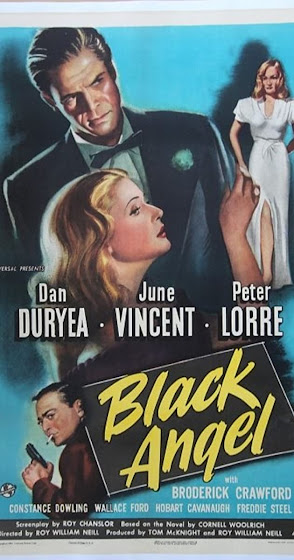 Finally, a really GOOD noir picture. I wasn't even familiar with June Vincent but she's really good here. Duryea and Lorre are favorites of mine!A woman's husband is on death row for murder and she teams with the victim's ex-husband to prove his innocence no matter what it takes!

Is it a comedy? A musical? A tearjerker drama? Or a preachy rant against feminism? Or all of the above? Debbie is cute as a Broadway star who moves to the country and finds six children living on her property, and a handsome preacher living next door all ready to help her raise them. Great cast includes John McGiver, Jim Backus, and Eileen Heckart. 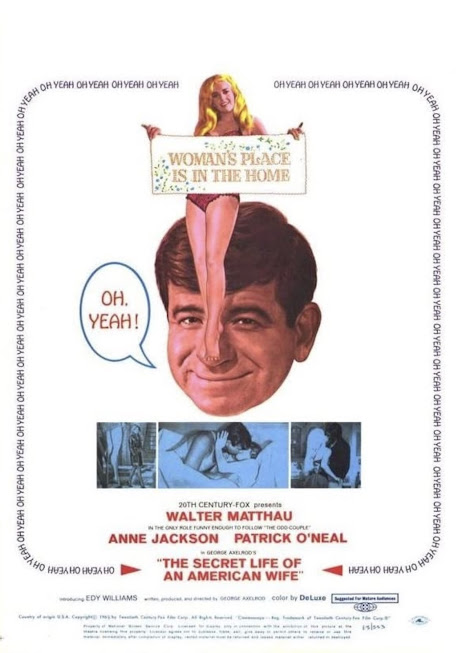 From the man who brought us THE SEVEN YEAR ITCH and LORD LOVE A DUCK, this late '60s sex comedy has some sharp barbs and funny scenes but much of it is a showcase for the rarely showcased Anne Jackson! There's also a major mistake regarding it on IMDB. 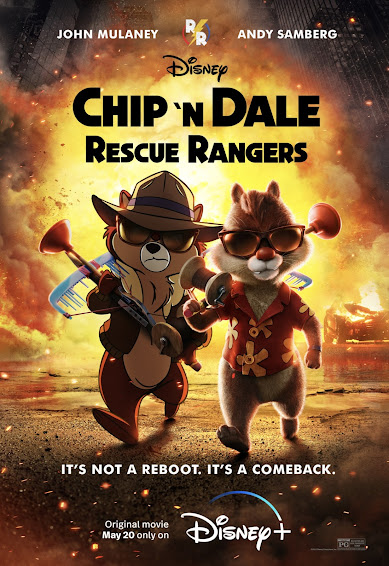 I had never even heard of this until Jerry beck recommended it on Facebook the day after it came out. Don't ask, he said, just watch it. So I did, with Rene and David, and we loved every creative minute of it, in spite of my immediately picking up on the seeming anti-Disney dig over what happened to a former Disney golden boy. Even with that, an amazingly fun movie...and I'd never even seen an episode of the series! 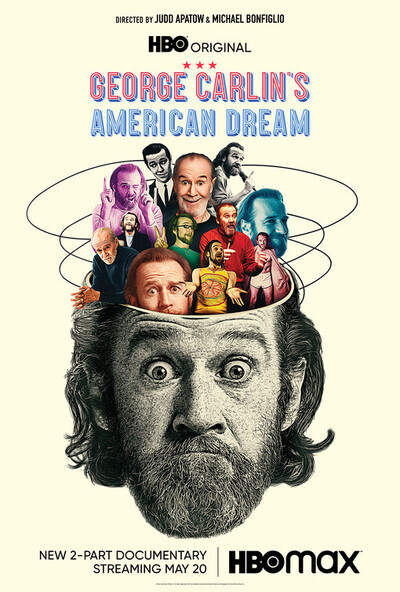 Hard to say that George Carlin wasn't one of the funniest men who ever lived as well as one of society's most perceptive critics. This long two-part documentary shows the way to do docs right! He is shown at his best and at his worst and in the end, at his most human, something I almost think he would have hated. 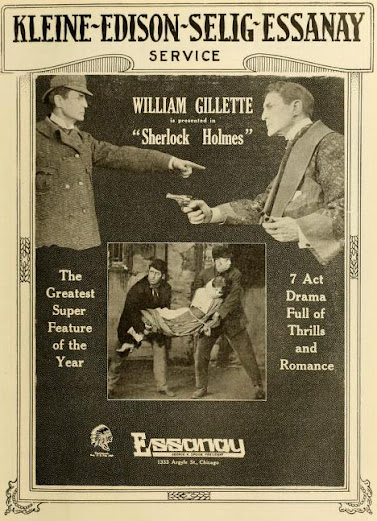 Literally the FIRST Sherlock Holmes movie, long considered missing but rediscovered and restored just within the past decade! William Gillette, the classic stage Holmes who created all the tropes we think of as Doyle's in his only recorded Sherlock appearance. 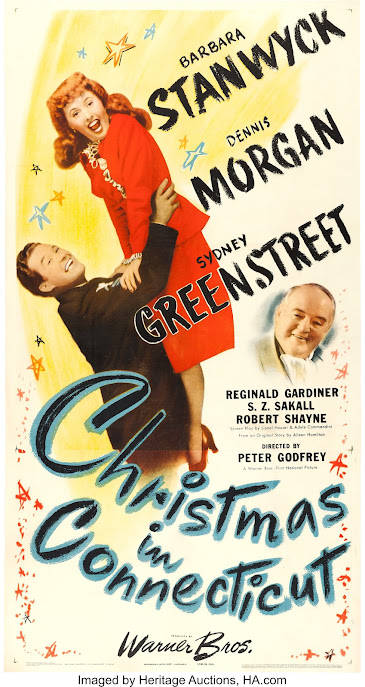 Unquestionably one of THE best screwball comedies of all time, with Stanwyck at her most attractive and another amazing Warner Bros. cast. I even have a tie to this one as I met Robert Shayne at San Diego Con in 1987. 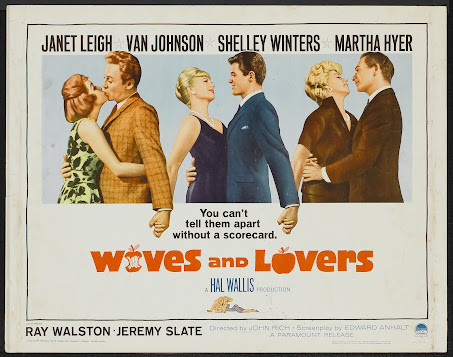 A wacky swingin '60s sex comedy with some funny lines and good performances, mainly from Leigh and Jeremy Slate, whom I knew mainly from BORN LOSERS where he's a sadistic biker. 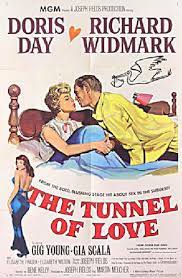 Who thought casting Widmark as a romantic lead would  be a good idea (Probably Widmark!) This was Gene Kelly's last pic on his MGM contract (He directed) It's supposed to be adult with its pregnancy teases but seems just dull. 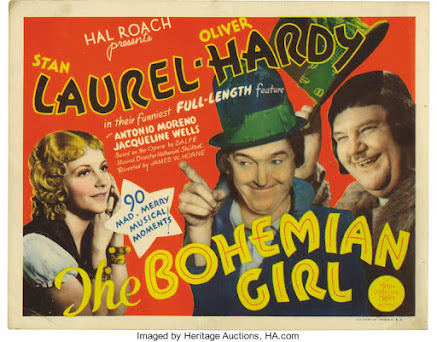 A Laurel and Hardy fan for half a century and yet I'd never seen this one. The funniest part is Our Gang's Darla Hood growing up to be Thelma Todd! 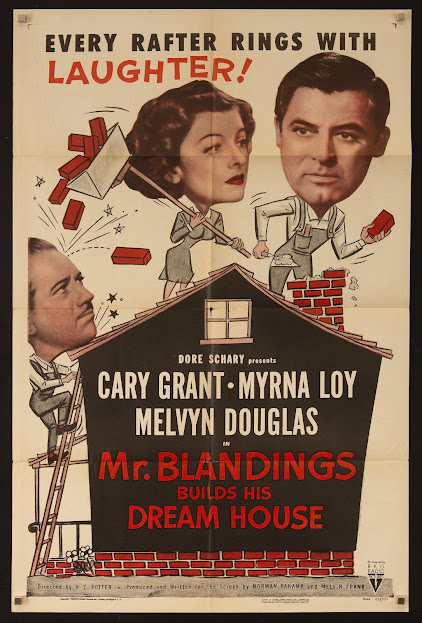 Another absolutely hilarious and classic screwball comedy that I had the great privilege to see first in a big screen revival back in the late 1970s. Nary a false note and lots of heart and laughs. 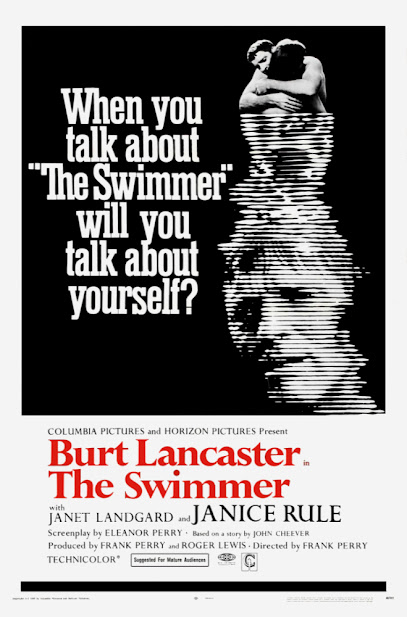 Arguably one of the oddest movies ever made, the "plot" has the aging Burt Lancaster swimming through the pools in of numerous New England estates on the way to his own home. Surreal, confusing, but oddly satisfying. 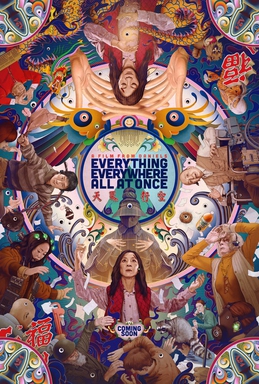 And here's a more recent candidate for oddest movie ever made as Michelle Yeoh finds herself at various points in the multiverse attempting to save herself and her family. Think MCU without any Marvel heroes!
Posted by Booksteve at 12:00 AM