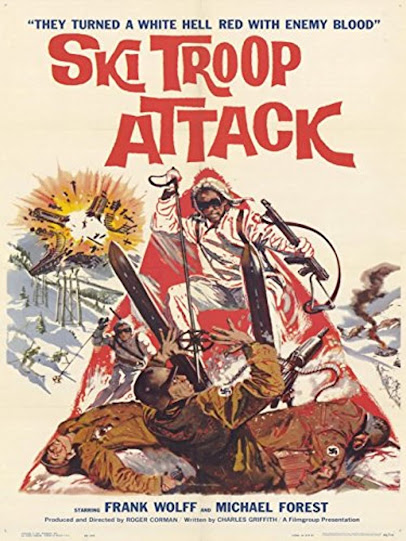 AS PART OF THIS WEEKEND'S ROGER CORMAN BLOGATHON, TODAY WE LOOK AT SKI TROOP ATTACK!

SKI TROOP ATTACK is one of two movies produced in 1959 on the same South Dakota location with mostly the same crew and cast, one right after the other. BEAST FROM HAUNTED CAVE came first, a ten-day wonder produced by Gene Corman and directed by Monte Hellman. As it wrapped up, Gene’s always cost-conscious brother Roger moved right into production and direction on another ten-day wonder, SKI TROOP ATTACK.

The picture plays like an ultra-low budget episode of TV’s COMBAT—itself still a few years away. It’s 1944 in Germany and a small, diverse band of American soldiers on skis (that way no army uniforms necessary) are on a reconnaissance mission in snowy German forest country. Although under orders to avoid conflict with Nazis, they keep running into them anyway and have to engage. In one early scene, Corman has lots of gun sound effects while onscreen we see only one man sneaking around behind the enemy. Ultimately, the four Americans are tasked with blowing up a railroad bridge, HOGAN’S HEROES-style, and slowly work toward that goal.

While probably 70% of SKI TROOP ATTACK consists of just watching all the actors skiing, the atmospheric musical score composed by jazz musician Fred Katz—a Corman regular—carries it along nicely.

Most of the Germans are played by members of local high school ski teams, although there’s lots of grainy stock footage of real tanks and soldiers from 15 years or so earlier. Corman himself pops up as a Nazi skier in one scene, replacing the lead “German” skier who broke his leg skiing the day before. As Corman pointed out in later years, he himself couldn’t ski at all. 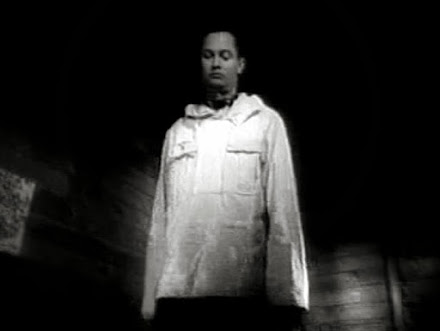 The screenplay—such as it is—comes from another Corman mainstay, Charles B. Griffith, hailed in recent years by Quentin Tarantino as “the father of redneck cinema.” The highlight of the picture is the bickering chemistry between its stars, Michael Forest and Frank Wolff, respectively the Lieutenant and the Sergeant. Both men were good, trained actors with charismatic screen presences and their lives and careers would intertwine from that point on. 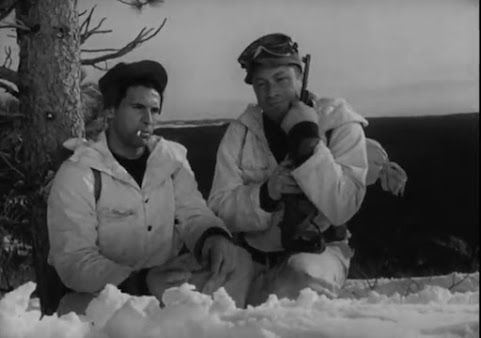 As actors go, tall, muscular Forest has had an absolutely fascinating career and, as of this writing, seems to be still working at age 93. A veteran of acting teacher Jeff Corey’s training, he appeared on all sorts of episodic TV in the late ‘50s and all through the ‘60s, as well as starring in some Italian sword and sandal flicks and spaghetti westerns. His most memorable live-action role was probably as the god, Apollo, on a classic STAR TREK episode, a role he repeated nearly half a century later on an episode of STAR TREK CONTINUES. In more recent years, Forest has become a cartoon voice actor, particularly for anime, and IMDB shows him with a hundred or more credits just for that alone! 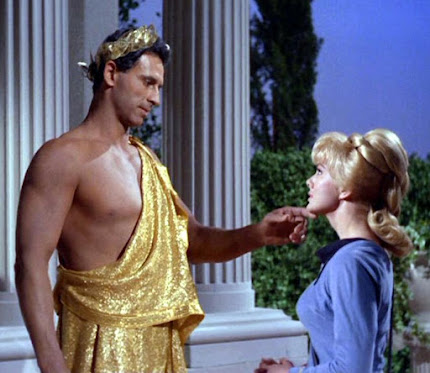 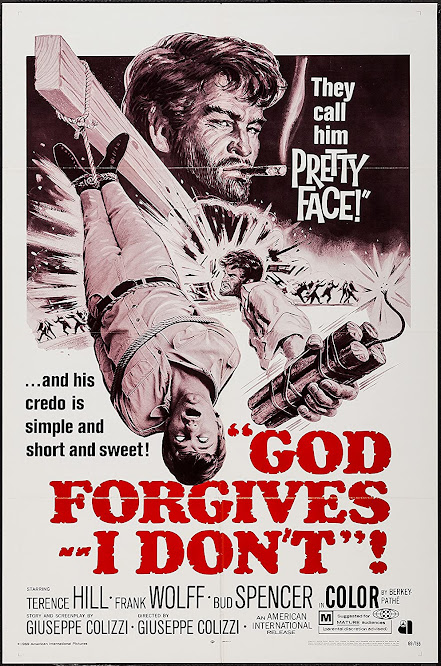 Although it received mixed reviews at best, SKI TROOP ATTACK played around in theaters and drive-ins for several years and is a great early example of how a bunch of talented and clever people could make something out of essentially nothing—a template that would end up defining the entire career of Roger Corman. 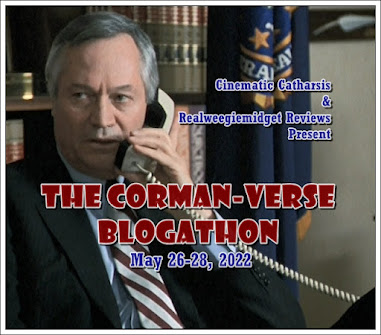 Posted by Booksteve at 9:57 AM