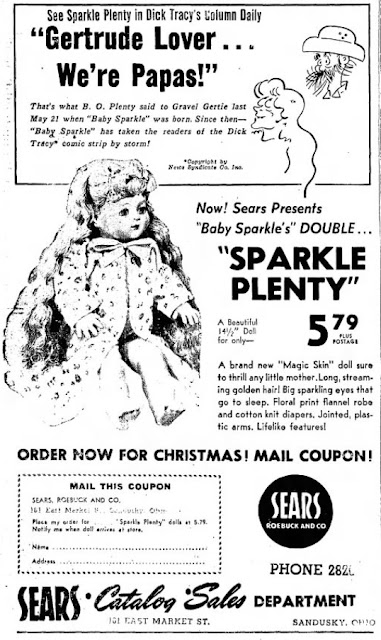 Released earlier in the year, the number one Christmas toy phenomenon of 1947 was without a doubt Sparkle Plenty, the long-haired doll based on the then-recently introduced baby in DICK TRACY! The character got tons of publicity for several years and would grow up in the series to marry Junior Tracy after the death of his alien wife, Moon Maid more than three decades later. 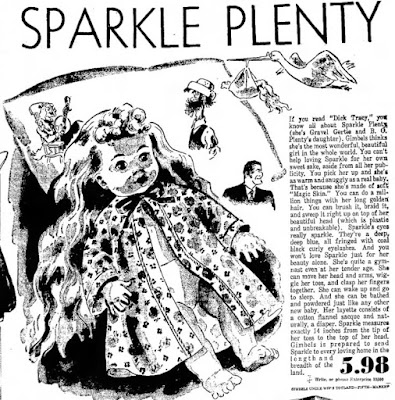 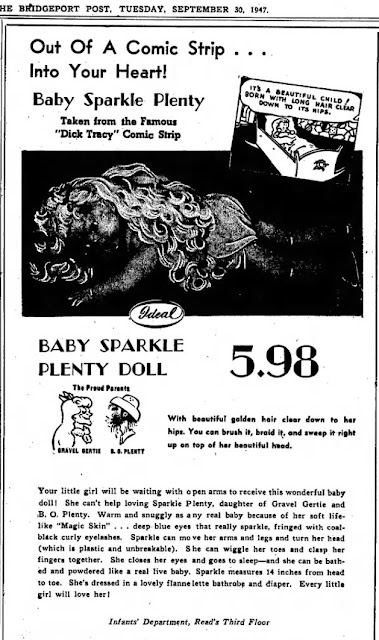 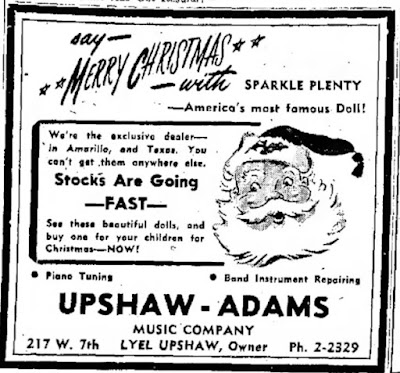 Posted by Booksteve at 7:05 PM