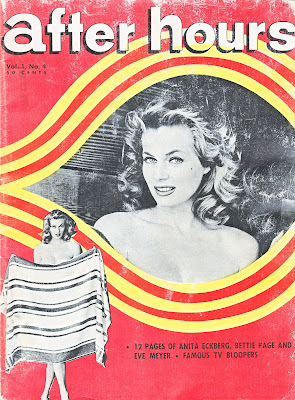 The magazine FAMOUS MONSTERS OF FILMLAND, originally published by Jim Warren, has been extremely influential on various aspects of American pop culture for more than half a century. Many of its young fans had their imagination fired up by editor Forrest J. Ackerman and went on to work as writers, filmmakers, film historians, etc. 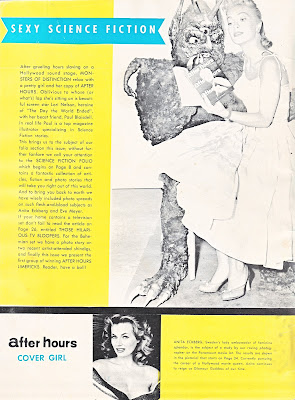 In 1957, Warren had hopped on the PLAYBOY bandwagon with a low-rent girly mag called AFTER HOURS. After a few issues, Ackerman was brought in and the two decided to base much of issue # 4 around FJA's areas of expertise--sci-fi and horror films. 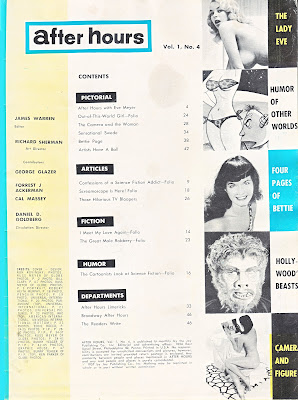 Here are some highlights from that issue including another of Forry's stated interest, Miss Bettie Page. 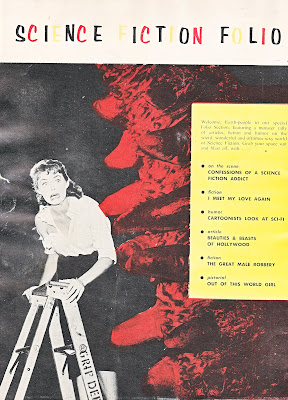 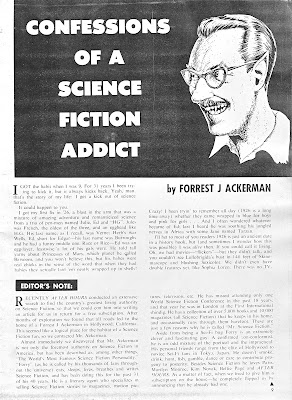 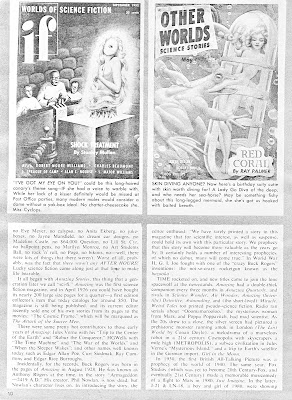 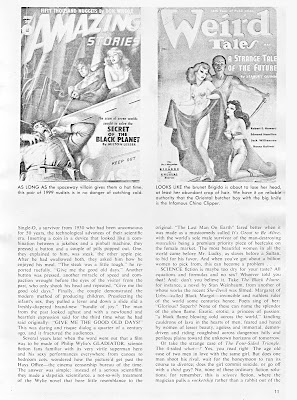 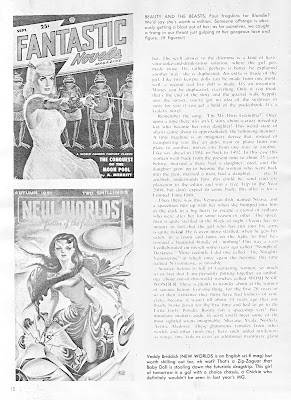 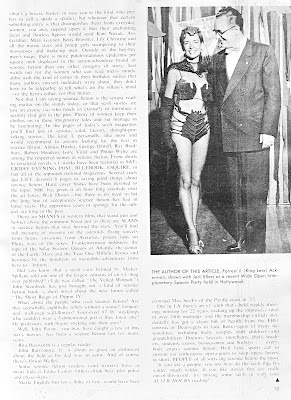 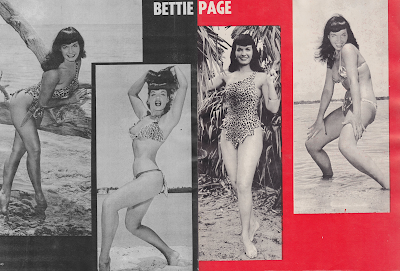 Sales of this issue led directly to the first issue of FAMOUS MONSTERS OF FILMLAND, seen below. Aimed at a much younger audience, FJA ran wild with macabre humor and bad puns, much to the delight of readers like the young Stephen King. FM's success inspired the return of the horrror comics with CREEPY, EERIE and, moving back into more adult areas, VAMPIRELLA, a character created by Ackerman himself. 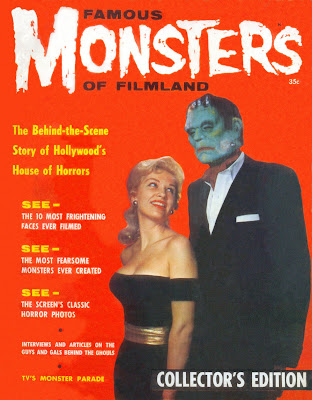