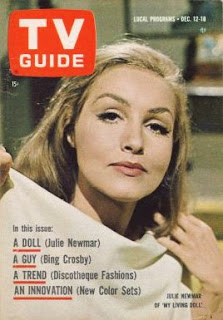 Lots of cool things you haven't seen much or didn't even know existed here this month!

MY LIVING DOLL
Eleven classic episodes from original 16 and 35mm masters. Stars Julie Newmar and Bob Cummings. This multi-disc set also includes an interview with Julie Newmar, alternate opening credits, a documentary and sponsor commercials. Episodes include: "Boy Meets Girl," "Rhoda's First Date," "The Beauty Contest," "Love Machine," The Uninvited Guest," "I'll Leave It To You," "The Pool Shark," "The Kleptomaniac," "The Witness," "My Robot, the Warden," and "Something Borrowed, Something Blew."  $20

DINOSAURUS!  (1960)
After undersea explosions near a Caribbean island, prehistoric creatures are unleashed on the unsuspecting population. Freed from his watery tomb, as well, is a very friendly Neanderthal man who proceeds to befriend a local orphan boy. The boy, Neanderthal and irritated dinosaur make for an interesting dramatic climax. Great stop-motion animation. 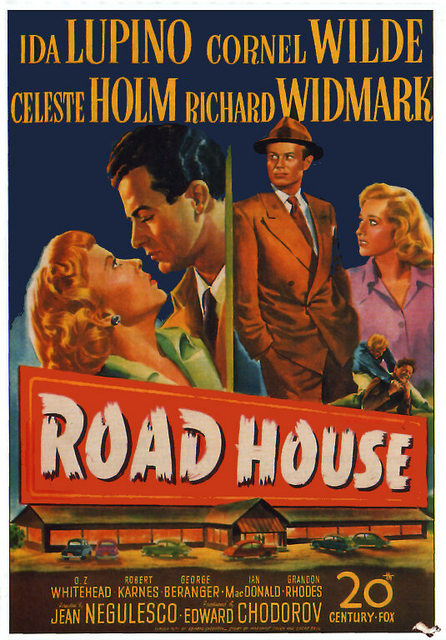 ROAD HOUSE  (1948)
A great film noir classic with Ida Lupino, Cornel Wilde, the just deceased Celeste Holm and Richard Widmark. Lupino does her own singing in one scene. A nightclub owner becomes infatuated with a torch singer and frames his best friend/manager for embezzlement when the chanteuse falls in love with him. Jefty, owner of a roadhouse in a backwoods town, hires sultry, tough-talking torch singer Lily Stevens against the advice of his manager Pete Morgan. Jefty is smitten with Lily, who in turn exerts her charms on the more resistant Pete. When Pete finally falls for her and she turns down Jefty's marriage proposal, they must face Jefty's murderous jealousy and his twisted plots to "punish" the two. 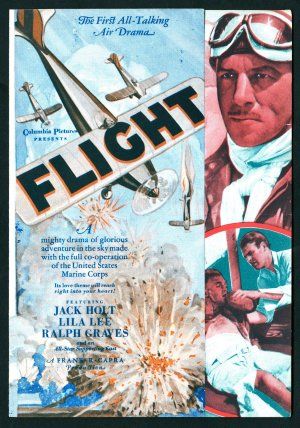 FLIGHT  (1929)
Frank Capra takes to the air in this rip off of William Wellman's silent Wings (27) but it never gets off the ground. Capra displays the height of arrogance as he is ill equipped to deal with aviation the way WW 1 pilot Wellman is and it shows early on. Footballer Lefty Phelps makes headlines when he runs the wrong way (ala Roy "Wrong Way" Rigel's Rose Bowl gaffe) in the big game. Shamed beyond belief he joins the Marines after meeting the admirable Panama Williams who offers sympathy and advice. Phelps ends up training to be a pilot under Williams command but he washes out. He stays on in a non-pilot capacity and begins to romance Panama's desire Nurse Murray. Friction ensues between the two but there's a rebellion to fight in Central America and this enables Lefty to redeem himself. One of the few Frank Capra movies never released to DVD yet! 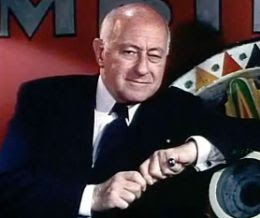 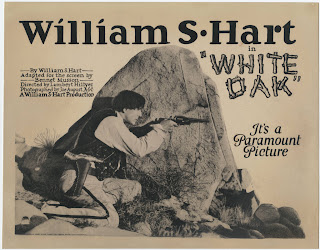 WILLIAM S. HART DOUBLE FEATURE
Two rarely-seen Westerns, unaltered, unedited and logo free (unlike the one version that just came out on DVD). WHITE OAK (1921) concerns a gambler named Oak Miller who seeks revenge on the man who misused his sister, Rose. In SAND (1920), a railroad station agent is fired from his job by his rival in love, Joseph Garber. Believed false by the girl he loves, the agent must prove himself by unmasking a gang of bandits preying on the trains.