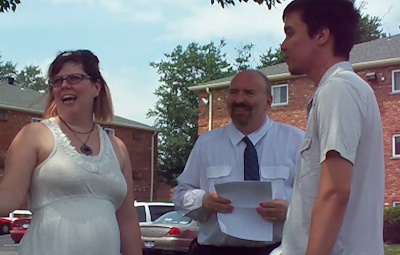 In trying to think of an unusual parting gift for friend and muse Brittany Rose as she left for Iowa, friend Lisa M. suggested that I marry her! A ridiculous thought I said. I told Brittany Rose expecting her to agree but she liked the idea...even though she had already planned a beach wedding later this year. Her boyfriend Thomas was not opposed to the idea at all. Thus the wheels were set in motion.
First I had to get ordained--a surprisingly simple task these days. I did so. The big glitch came in the fact that I was from Kentucky and I would be marrying an Iowa couple in Ohio. For one thing, Ohio is arguably the most complicated state for registering to perform weddings. The point became moot when Brittany Rose decided that it didn't have to be the legal ceremony--they would save that as planned for the beach. No, this would be a ceremonial celebration for friends and family who would not be able to attend the actual wedding...including me! 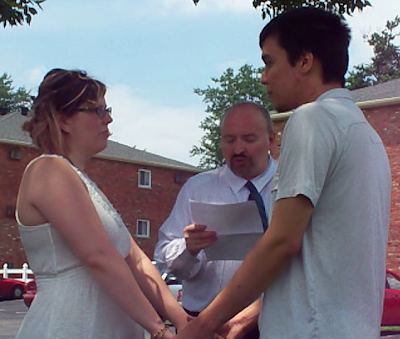 Rene made the handfasting cord from the three colors of ribbon that were requested, sewing on little flowers and beads. I wrote what was called "a lovely ceremony" incorporating various aspects of others I found online.
Today was the big day. 9o degrees as we stood in the shade of an old, old tree. I drafted Brittany's niece Laura to help by doing the actual looping of the cord during the ceremony since I was having to read it.
A lovely time was had by all and a reception with cake and soft drinks followed at her brother's apartment with his family, my family, the happy couple, her father and an old friend and her children. 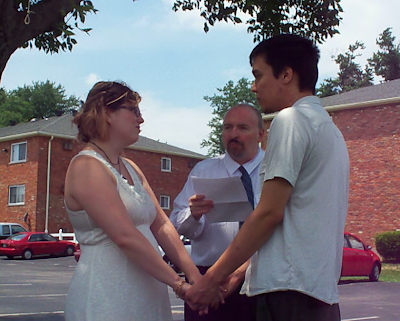 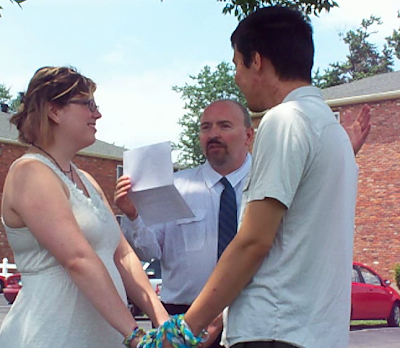 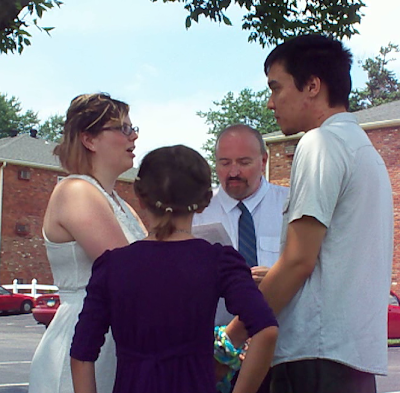 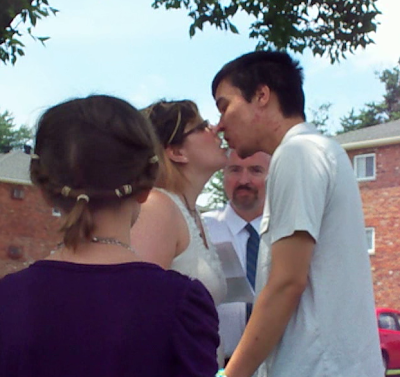 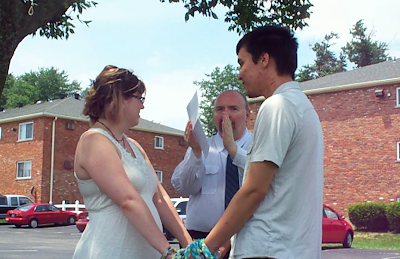 Posted by Booksteve at 6:52 PM