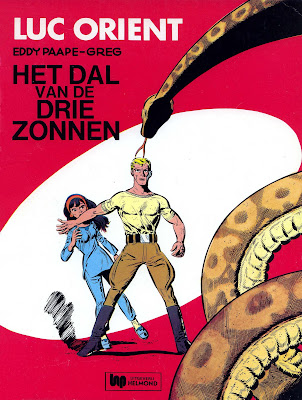 Sometimes I wish I spoke...or at least could read...a few other languages. About the time I discovered comics fandom in 1972, I also discovered that there was a whole world of comics that existed completely outside of America...and not in English.
Over the years, some, including ASTERIX, CORTO MALTESE and BARBARELLA have been translated. Others remain intriguing covers with pretty pictures. One such series is LUC ORIENT. To quote Wikipedia: Luc Orient, professor Hugo Kala from Eurocristal laboratory and his secretary Lora, share several adventures involving aliens and scientific mysteries. At the beginning, the trio discovers a stranded spaceship with a hibernating alien crew; professor Kala's arrival brings hope to the refugees from the planet Terango (Episodes 1-2). They then travel to Terango to thwart the evil tyrant Sectan who plots to invade Earth (Episodes 3-5). Subsequent adventures involve a series of scientific mysteries. Luc and Lora even acquire superpowers in Episode 6. 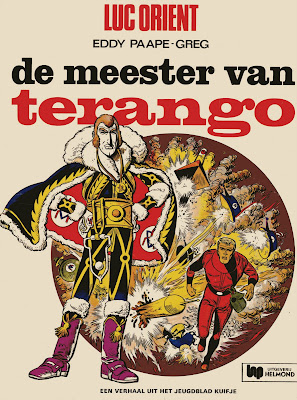 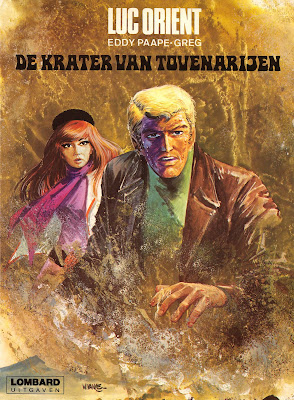 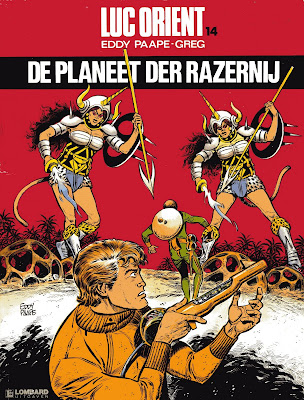 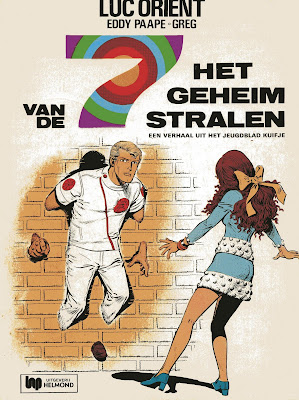 I was looking through some of these albums again just recently and wondering what it would be like to just kick back in bed and fall right into the adventures of Luc Orient without that language barrier. Maybe someday. And then there's also my other favorite Franco-Belgian comic, BRUNO BRAZIL, also by Greg from TIN-TIN.
Posted by Booksteve at 4:25 PM