Tony Karloff, the "Son of Frankenstein" 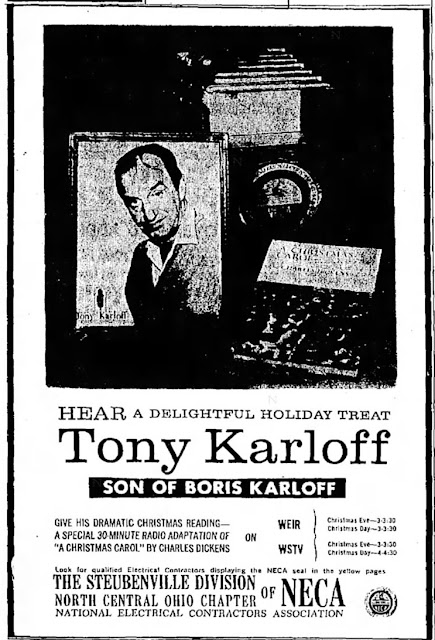 So I saw the above ad and I was, like, WHO?? The SON...of Boris? Having read a number of books on Boris, I knew he had only one child and that was Sara. Additional research showed this fella being billed thusly for at least 3 decades beginning in the mid-'40s. Originally, he seems to have been billed as Boris Karloff's stand-in, then later the "Son of Frankenstein." I found a couple of things that sort of explain who he really was--a low-rent nightclub impressionist/magician who supposedly had Boris's permission to use his last name. I can't imagine he would have approved of the billing as the "SON OF BORIS KARLOFF," though. Does anyone know what Boris--or Sara--might have said about this?

Here it says he swore he was Karloff's disowned son. 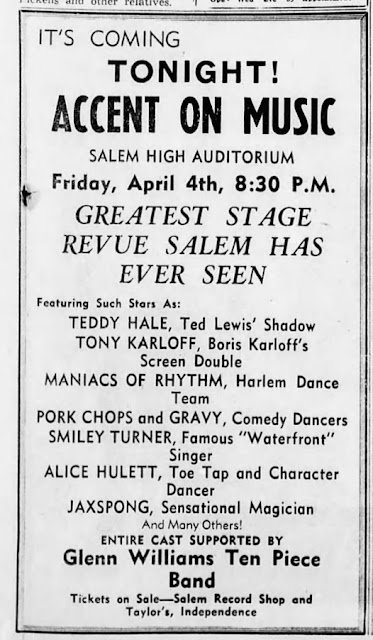 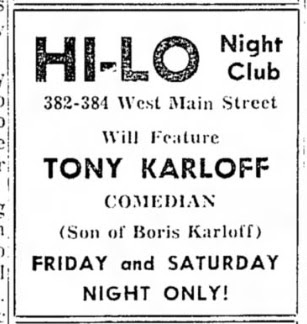 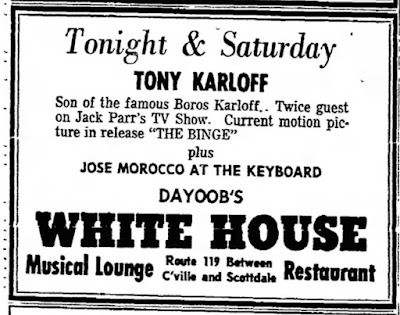 Posted by Booksteve at 6:30 PM