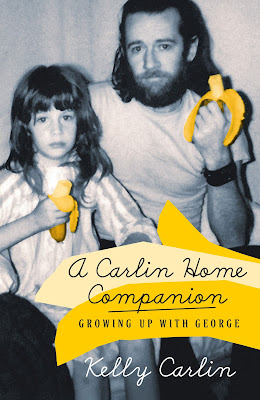 In the early 1970s, George Carlin used to scare me more than Boris Karloff did. With his long hair and beard and his resonant, scratchy delivery, talking about dirty words and drugs and stuff that pre-teen me found to be quite outside of my comfort zone.

Oh, I had seen him before on THAT GIRL as Ann Marie’s agent and HOLLYWOOD PALACE doing his great “hippie-dippie weatherman” routine, but that guy was clean-shaven and wore a suit. He acted silly but he looked what I considered...normal. For years, I had no idea that it was the same guy. Not a clue.

Let’s face it. I was a middle class kid. I had parents who stayed together and were always very supportive of anything I wanted to do. We lived consistently in a lovely, large apartment in a nice neighborhood from the time I was six years old and I always had money for comic books. I had short hair until late in high school, never tried alcohol, or drugs, and never even knew of any of my peers who did. I had a few acquaintances who smoked tobacco but not me. Not even once. 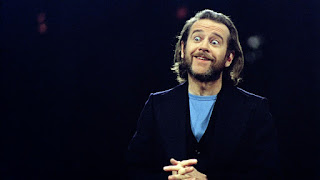 It was around the time when George Carlin hosted the very first episode of NBC’s new live late night program, SATURDAY NIGHT, that I had come around to accepting him. Enjoying him even! From the mid-seventies on, I found him to be insightful, entertaining and—most importantly—often downright hilarious!

While all of this was going on, though, Kelly Carlin—George’s daughter—was living a life far removed from mine. Drugs, alcohol, sex, and just a complicated mess of stuff all around. Her mother had her own issues and her father was very often away being funny for the rest of the world.

Kelly writes about this in her new book, A CARLIN HOME COMPANION. Let me say up front that this is not a book about George Carlin, although he most certainly has the major supporting role in the story. But this is Kelly’s story and Kelly endears herself to the reader from the very beginning with her friendly, conversational writing style (or perhaps I should say speaking style since much of this is apparently adapted from her one-woman show). 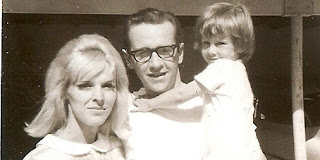 We meet the Carlins and come to find that even before the change in George, they were a most unconventional but always loving family. We follow George on his early career path as he seeks at first to pattern himself after Danny Kaye. We’re shown the toll that his career aspirations ultimately take on the family but, throughout, we’re shown a deep love for his wife and young daughter and their equal love for him. The Three Musketeers! In spite of drugs and alcohol and show biz and affairs and heart attacks and the unavoidable fact that Carlin, not having a father figure in his own life growing up, had no earthly idea how to be a father to his little girl, the family stays together. This was a million miles from MY world in those same years but in the end, the goal and the result were the same.

Although seemingly lax with any kinds of filters, Kelly has a wonderful knack for making even the most indelicate subjects interesting and even amusing without a trace of squickiness. Unfortunately, she also had a knack for meeting a lot of the wrong men. In a bizarre sort of double tie-in to my own book with Kathy Coleman, Kelly even dated Leif Garrett at one point and ended up at Farrah Fawcett’s house!

A while back I read THE GEORGE CARLIN LETTERS: THE PERMANENT COURTSHIP OF SALLY WADE. I found it far too design heavy to bring forth any real emotion or empathy. I was glad George found someone after his first wife died. I just wasn’t thrilled with the way in which she chose to share that love with the rest of the world. I do like Sally in Kelly’s book, though. Kelly’s confusion and, ultimately, acceptance of Sally’s existence in her father’s life is a high point of the latter part of the story.

But again, that story isn’t about George Carlin. It really isn’t. Although one can’t help but gain some insight into Carlin’s life along the way, this story is, in the end, the tale of a little girl who led a very different life than any that I could have related to in any way and yet had many of the same hopes, fears, wishes, and dreams that we all have as she tried to just grow up and be happy in her own, often surreal, environment.

Until I saw this book, I had never heard of Kelly Carlin and after being less than impressed with Sally’s book, I wasn’t expecting much. But it sucks you in right from the beginning. Before you know it, you’re sitting right there with Kelly as her memories continually rush by. She’s funny, insightful, and perceptive...and yet in an entirely different way than her dad. She's as much a survivor as Kathleen in LOST GIRL and still seems optimistic in spite of all she went through. 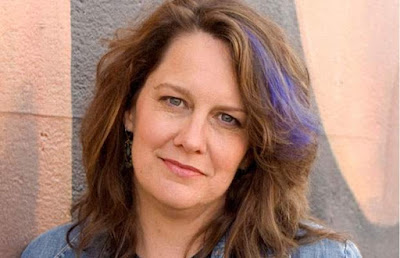 It’s an ongoing story, of course, but while there’s no happy ending per se, we stay with Kelly until she reaches a point where she is very much her own person and not just “George Carlin’s daughter.” Maybe that’s when she felt comfortable enough to tell us what it was like to be just that. Whether or not you’re a fan of George Carlin, I think you’ll be a big fan of KELLY Carlin by the time you finish A CARLIN HOME COMPANION.

PS—When I posted a few of these thoughts online as I was initially enjoying the book a couple weeks back, Kelly Carlin herself responded, “Okay. Now I’m verklempt.”