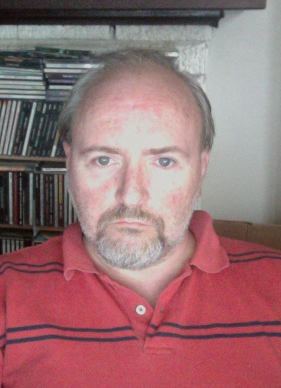 It's February, 2011. I've been having a tough time recovering from a cold I caught in early January and the lingering cough and drainage has been keeping me up nights. When I do sleep during the day I'm having to sleep sitting up in a chair. I often awake with my feet and ankles swollen.
I have a laundry list of other (hopefully) minor health issues and today I actually cut my head whilst combing what is left of my hair. Ouch!
I remain technically out of work at least as far as a weekly paycheck. I am doing some freelance writing and research work but that has slowed down drastically in the new year. (If you're reading this and need any proofreading, transcription, etc, please write for rates).
I was scammed yesterday by a fake job ad that was very cleverly done. They contacted me back to arrange an interview and there were several red flags. A follow-up call to the company directly proved the ad to be a phishing scam.
I have several other sources of income but none particularly steady. Blog donations have fallen off drastically after a spike earlier this year due to the international publicity my Geek's Journal blog received.
I try to maintain my blogs and my column at ITCH but I'm falling behind on promised reviews and updates due to sleeping many a day away to make up for not doing so overnight.
BRITTANY ROSE AND ME will most likely be shutting down this summer as my lovely muse is marrying and moving away. She has promised me a couple more extensive photo sessions before then, though, so keep watching for now.
My Christa Helm blog saw a recent major spike in interest due to a rerun of the CBS 48 HOURS MYSTERY episode from 2008 to which I contributed extensively. Ongoing research into her life, career and murder has slowed to a near halt, however (although I did recently hear from two very disparate men, well-known in certain fields, who knew her).
The Wally Wood and Gray Morrow blogs will continue to be updated about 3-4 times a week. Many, many thanks to the various fans of these gentlemen who regularly contribute found-on-the-Net art for them.
My ITCH column has become sporadic apparently due to a recent broadband upgrade making the site non-cooperative on some days. I'm told I need a better router to fix the issue...possibly.
YOU'RE ONLY AS GOOD AS YOUR LAST PICTURE is late updating...as usual. I have three films in the pipeline from Mae West, Bing Crosby and Fred Astaire. I just never seem to find the concentration to commit to actually watching and writing about them. Apologies.
Obviously the surprisingly successful A GEEK'S JOURNAL 1976 blog will continue as it's already written...35 years ago. Likewise, FOUR-COLOR SHADOWS is simple to update and there are literally thousands of possible stories to use.
If you haven't checked out the BOOKSTEVE RARITIES DVD site, please do so. It is shared site where a percentage of every order goes to this blog. Our B Westerns are particularly popular!
As far as this blog, it certainly isn't going anywhere until and unless we get to the point where we can't pay the bills. I would like to get back to more substantial posts, though, but I guess there's a bit of depression here, also.
If anyone is interested in placing paid ads on this or any of my blogs, please email me. We've had a few and I'm looking for more "corporate sponsors." If anyone wishes to contribute a donation to keep all of these blogs going, the PayPal donations button is at top right.
Overall, I'd like to thank all of you who stop by either here or at any of my other venues on any kind of regular basis. The joy of all this is, of course, sharing with others. Without you, I'd just be talking to myself.
Watch for an article about me in a UK magazine next month and a profile coming up on another blog in April. Details on both as we get closer.
Posted by Booksteve at 4:52 PM