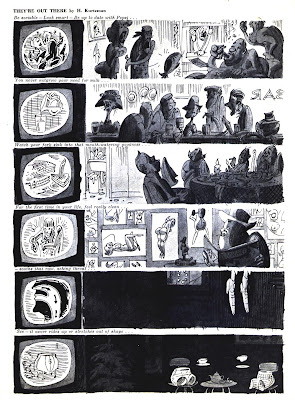 Just time for some quick silliness from a 1960 issue of Harvey Kurtzman's HELP! magazine that would eventually become the first issue I would ever see of that mag. Much gets written about the appearance of Crumb, Shelton, Lynch, Terry Gilliam and other sin that Warren satire magazine, but let's not forget that Harvey was still there, also!
Posted by Booksteve at 9:14 PM