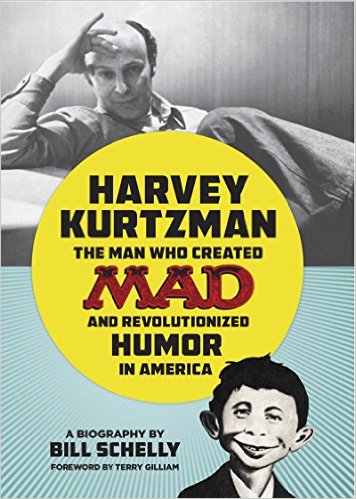 The following review would have appeared in ACE Magazine # 4 but that issue will not be appearing now. Thanks to Jon Cooke for allowing me to post it here. 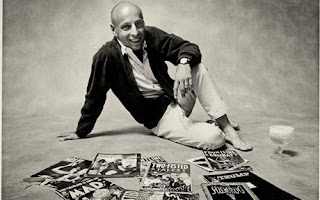 In 1952’s Two-Fisted Tales # 28, Harvey Kurtzman, like other EC greats, got his single page “Artist of the Issue” biography. Actually, with his photo and ads for other titles down the side, it was more like half of one page. How influential has Harvey Kurtzman been in the 63 years since? Well, let’s just say that Bill Schelly’s recent hardcover biography from Fantagraphics clocks in at some 642 pages if one counts the extensive footnotes and index! !

In the late 1960s, Harvey Kurtzman was kept busy working on the world’s most expensive—and first fully painted—comic strip, Little Annie Fanny in Playboy. But I was 10 years old and my Dad didn’t even read Playboy. Well...not in the house anyway. Me? I read comic books. I was already a veteran comic book collector, in fact. Sometimes I even surreptitiously glanced at a copy of Mad, although I always felt guilty since it looked like a grown-up mag.

Then, one day, my mother and I were shopping at Woolworth and I spotted a copy of The Mad Reader on the store’s paperback racks. While Mom browsed through dime store bric-a-brac, I started flipping through the furshlugginer book and—even though I didn’t yet realize it—had my first introduction to the one and only Harvey Kurtzman. 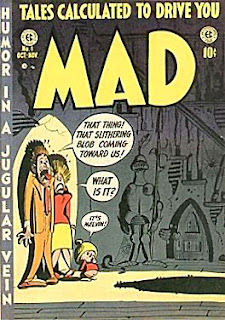 In case you’re one of those folks that somehow hasn’t heard of Kurtzman and is therefore wondering why he deserves a telephone book size biography (Do they still make telephone books?) let me give you a quick little info dump. Harvey created hilarious filler comedy for early Marvel—then Timely—Comics. He drew some Golden Age superheroes but developed a unique art style on classic EC war comic books, which he also edited. From there, he created Mad in both its comic book and magazine forms. Similarly, he later brought about Trump, Humbug and Help! The latter brought such diverse names as Gloria Steinem, Robert Crumb, Terry Gilliam, John Cleese and Gilbert Shelton into the mainstream. Harvey wrote the screenplay for the Rankin-Bass sixties comedy, Mad Monster Party. His Little Annie Fanny in Playboy served as a major component of the sexual development for baby boomer boys of the sixties. He became a mentor as well as an actual teacher for many underground and overground cartoonists and, in his final years, came out with a number of new and innovative comics-related projects.

I’m on record as saying that Kurtzman was modestly and passive-aggressively one of the single most influential people of the 20th Century. From its title alone—Harvey Kurtzman-The Man Who Created Mad and Revolutionized Humor in America, it becomes immediately obvious that author Schelly is on board with that.

To say that Kurtzman was overdue for a full-length biography is, of course, an understatement. No one questions that he was one of the few true geniuses of the comics field, the Orson Welles of comics, if you will. But, like Welles, Harvey was destined to have more brilliant ideas than brilliant projects. If Mad was Kurtzman’s Citizen Kane and Help! his Touch of Evil than Little Annie Fanny might represent Orson’s long radio career—showy and successful but somehow never quite seeming to live up to the artist’s full potential. 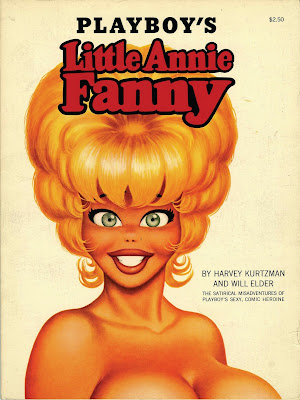 Make no mistake, though, while this volume rightly lionizes Harvey for all of his creations and contributions to culture—pop and otherwise—we do also get plenty of peeks at the man behind the curtain, an insecure but egotistical control freak with just as many—if not more—personal issues as the rest of us have.

Bill Schelly has obsessively and impressively pulled together information from both previously published sources and new research conducted amongst family, friends and former students. To be honest, other than some late in life health info, I didn’t come across any big, previously unsuspected revelations out of all his hard work but that’s completely okay. I’m glad to have Kurtzman’s story now conveniently located all in one place.

Schelly’s book follows a standard memoir format and does quite a good job of drawing the reader into the very different type of world where Harvey was born. These early segments are my favorite parts, really illuminating the world as it was then. We follow the young Kurtzman through his learning that he liked to draw at a very early age and on into family troubles, military service, marriage and art school.

It’s at the latter where our hero meets several fellow craftsmen who would become allies in later life, not the least being his best friend, Harry Chester, and his best collaborator, Will Elder. Al Jaffee was there, then, too, although the two wouldn’t become close until later.

What follows is the true meat of the book as both Kurtzman’s creativity and autonomy slowly flower when he enters the burgeoning comic book industry. After some false starts and time at Timely, he ends up at Entertaining Comics where he doesn’t like Bill Gaines’ horror or science fiction comics but draws them to pay the bills and stay in the industry he loved so much by that time. 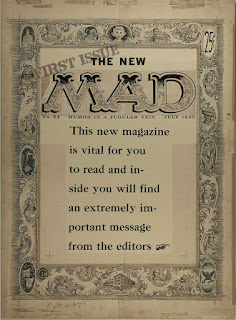 Proposing a new type of adventure comic book called Two-Fisted Tales, Harvey impresses Gaines and the outbreak of the Korean Conflict sends sales on the book flying enough to merit a companion title, Frontline Combat. Kurtzman becomes so immersed in historical research that he hires Jerry DeFuccio as an assistant.

And then came Mad. To me, the absolute highlight of the entire book is the detailed history of the creation of those early issues of Mad comics and Mad magazine. Since the book itself opens and closes with double page Mad endpapers (both by Wally Wood) I think Schelly and/or Fantagraphics knew that would be the case. The Mad section is of particular interest to me as I wrote my own look at the Mad comic from an entirely different perspective for an upcoming 2016 Fantagraphics book on Wood. Looking back at my own piece, I prefer Schelly’s version. 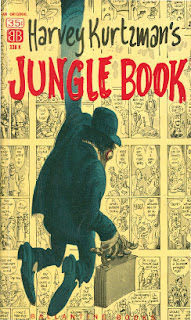 From there we go on to detail the always fascinating but rarely fully realized or successful projects created by Harvey, his rediscovery first by the Underground artists, then the growing EC fandom. We also get a look at how much influence Mad and, in particular, Kurtzman began to have on later generations.

Through it all, Harvey Kurtzman seems to have somehow pulled off an odd and rare combination of self-deprecation and enormous ego. The narrative details not just his accomplishments and failures but also his sometimes philosophical thoughts on same. Often, these are offered up by Harvey himself. One of the benefits of his decades of fame is that he was interviewed a lot—a LOT! Bill has cherry-picked pertinent quotes from these many interviews throughout, which gives the reader almost the feeling that Harvey’s ghost is sitting right beside them, wryly commenting on his own life story as the rest of us wind our way through it. 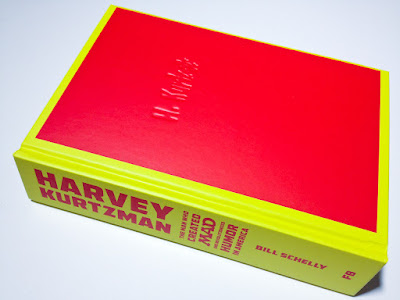 But make no mistake. Harvey Kurtzman may be its subject but the book is Bill Schelly’s and based on the results here, I can think of no better person to have compiled and told this most remarkable, sad, frustrating, but ultimately upbeat and important tale. So much of the world we live in today has been influenced—knowingly or unknowingly—by Harvey Kurtzman. Now, finally, thanks to Bill Schelly, Fantagraphics, and Harvey Kurtzman-The Man Who Created Mad and Revolutionized Humor in America, a lot more people are going to be able to learn that.