The Black Magic # 1 That Wasn't-Rare Kirby 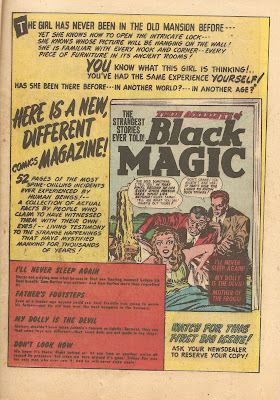 Above we see an ad for BLACK MAGIC # 1 that appeared in June of 1950. Note the lack of the distinctive title logo. By the time the book itself popped up, however, in August or early September, we got an entirely different Kirby cover, with the new logo, as seen below. The contents seem the same although "I'll Never Sleep Again" has been retitled "The Last Second of Life." 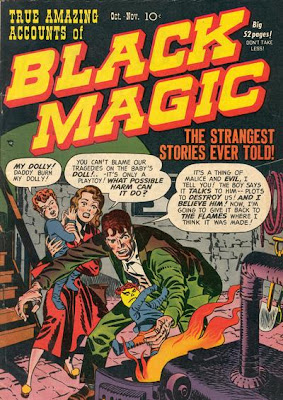 Posted by Booksteve at 4:27 PM