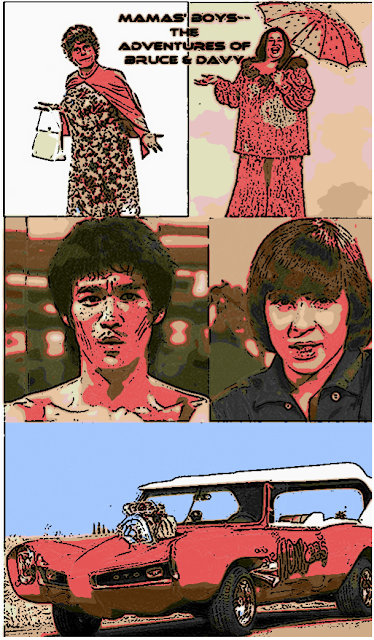 I think this is a brilliant idea! Through online conversations with cartooning great Stephen DeStefano in recent days, I've developed this animated show premise with his input.

MAMAS' BOYS is done as if by Hanna-Barbera circa 1973 and stars an animated Bruce Lee who teams with an animated Davy Jones to go after spies, thieves, monsters and aliens as instructed via radio from Top Secret Government Agents Mama Cass and Vicki Lawrence's Mama.

The Mamas are always feuding via spilt screen as each insists that their assignment is the most important to save the world as we know it.

Bruce and Davy travel in the Monkeemobile (although Bruce calls it the "Brucemobile" and is always longing for the days of Black Beauty).

Each episode will spotlight a song by Davy, often done with hat and cane to distract the bad guys so Bruce can kick 47 of them into submission. 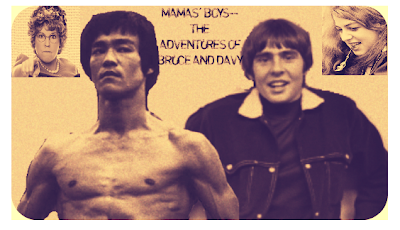 Tell me this wouldn't generate ratings on Cartoon Network!
More to come! (?)

Posted by Booksteve at 4:06 PM