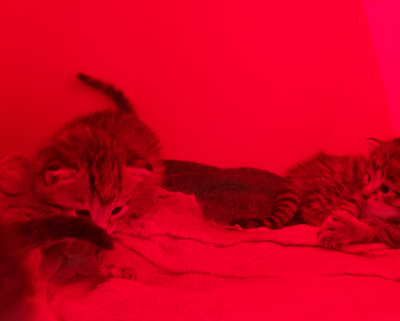 No time to blog. Dealing with nine week old kittens that were born on our front porch and that supposedly we aren't even keeping! The top two pics show them when they were brand new. The bottom two show them today in their new luxury indoor cage after we paid to get them shots and "fixed." We were told they would be calm, quiet and docile...sedate even. No one told them. They are monkeys! They climb, they wrestle, they swing from the roof of the cage, upend their litter box, and snag anyone who walks by!
They are:
Rascal
Rusty
Magellan (aka Jelly)
and (named by the illustrious Ms. Brittany Rose herself) Squeak Squeaker Squeak Squeakens--aka "Squeaks." 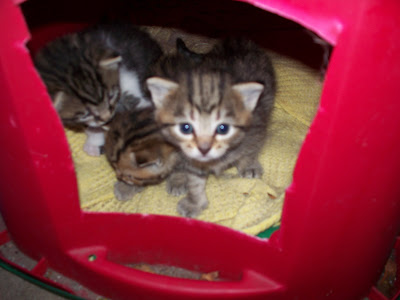 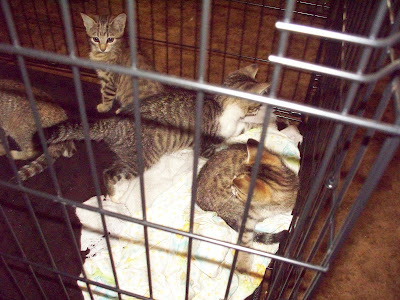 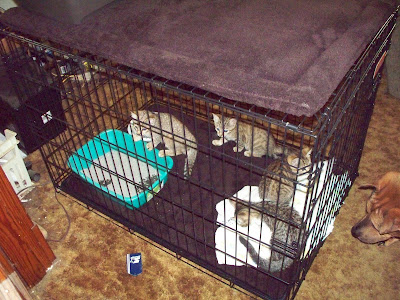