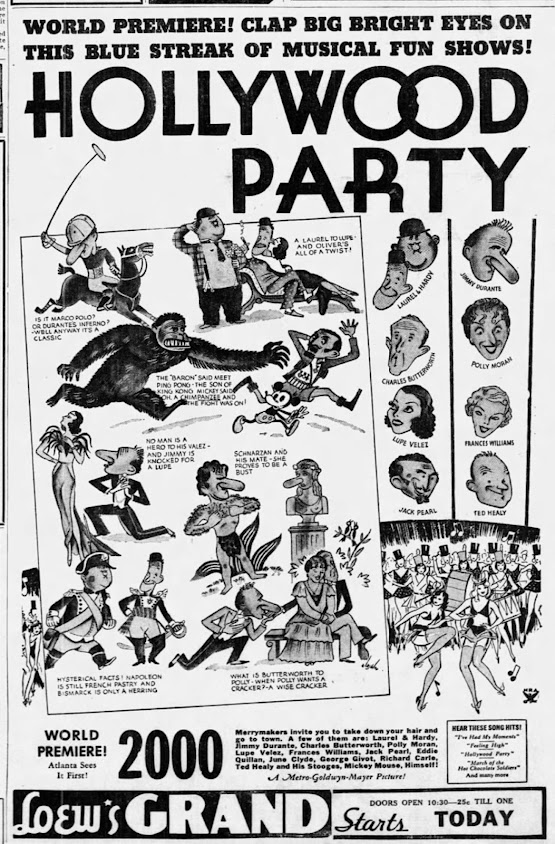 It seemed as though every major studio felt compelled to put out an all-star production int he early days of talking pictures, featuring as many of their contract players as they could fit in. By their very nature, these were episodic but HOLLYWOOD PARTY is one of the best. The basic story deals with Jimmy Durante acting a Tarzan-like role opposite Lupe Velez--real-life wife of the "real" MGM Tarzan Johnny Weissmuller--but the real highlights of this one are appearances from Laurel and hardy and, as unlikely as it seems, a color sequence from Walt Disney, featuring Mickey Mouse--arguably the world's most famous star at the time! 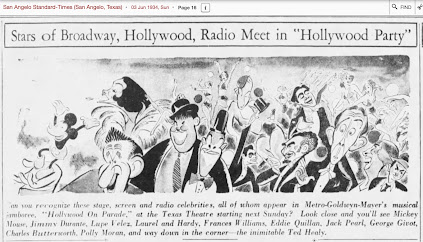 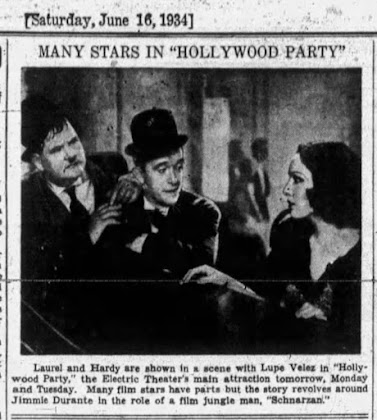 Posted by Booksteve at 8:18 PM