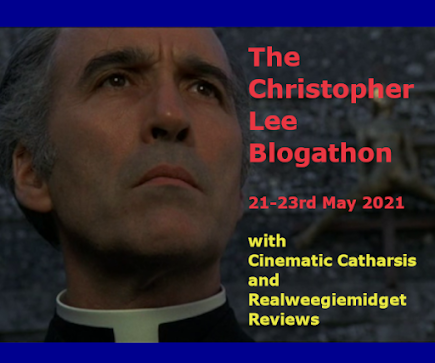 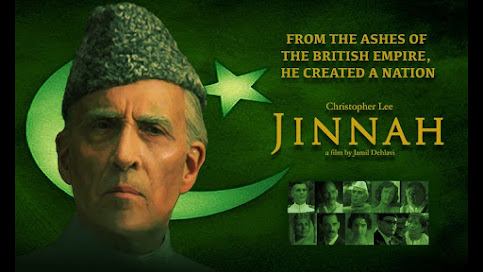 Christopher Lee in 2002: “It is a very good picture and it is actually my best performance. No question. No question.”

Sir Christopher Lee was an actor known for nearly six decades of commanding performances in many iconic pop culture roles—Count Dracula, Fu Manchu, Frankenstein’s Monster, the Mummy, Sherlock Holmes, Saruman, Count Dooku, Death, and even the Devil himself. At the end of the day, though, in interviews and personal appearances, Mr. Lee always said that his favorite role ever was as the real-life historical leader, Muhammad Ali Jinnah. 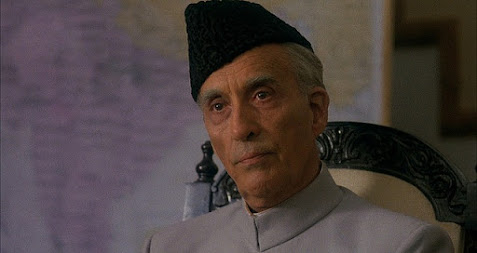 The 1998 historical biography JINNAH also happens to be Lee’s most controversial film.

“It was very well received in Pakistan,” Lee emphasized. “The cinema was full every night, every day for three months.” While this was true, initially there were also threats of violence against all involved and threats that cinemas showing it would be burned to the ground. The newspaper, The Daily Khabrain, denounced the film, sight unseen, as “deeply objectionable” and ran a long campaign aimed at stopping it from ever opening. Hardliners denounced the film as a “Hindu and Zionist plot.”

As the picture was being made, the Pakistani government dropped all financial support from the film, with private sources providing the money to finish it. Rumor had it that veteran Bollywood star Shashi Kapoor, who appears in the film, put up much of the needed financing himself.

Another rumor was than an uncredited Salman Rushdie had a hand in the movie’s script! 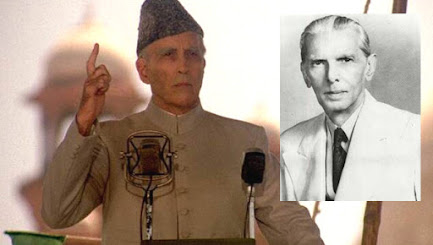 Although not as familiar to the western world as Mohandas Ghandi, the two men were contemporaries, both lawyers, and both playing similar roles in the complex politics that led to what is known as Partition, in which India and Pakistan separated in 1946 both from each other and from British rule.

A considerable amount of the pre-release controversy can be directly blamed on the casting of then-77-year-old Christopher Lee to play the title role of the nation’s beloved leader. Other than the fact that the imposing actor was six inches taller than the man he portrayed, Lee’s performance gets a lot of mileage out of the fact that his face has been made to strongly resemble the real man.

The actor described Jinnah as, “a man of great vision, incorruptible, great integrity, brilliant man.” In present-day Pakistan, Jinnah maintains a near-mythic status, similar in some ways to how we in the US view George Washington.

With all births, there is blood involved, and the birth of Pakistan was no exception. A lot of blood was spilled in Christopher Lee movies over the years but in this movie it’s more impactful because it represents real blood from real people. Violence between the Muslims and the Hindus was rampant and the British, trying desperately and shortsightedly to hang on to their colonial conquests, were certainly of little help. Into the melee stepped Jinnah. As with many great leaders, he had no intention of doing anything other than leading a peaceful life but history had other ideas. 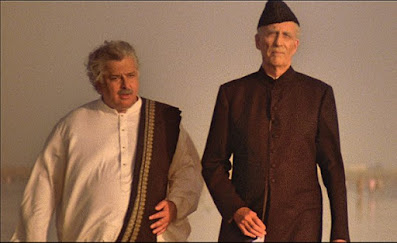 JINNAH, the movie, although historically accurate, actually has a fantasy element to it. We start with the death of Jinnah, who ascends to a type of Purgatory where a mystical office worker/angel (Kapoor) has misplaced Jinnah’s files and cannot figure out how to work the computers that had been brought there from the future. Luckily, we don’t spend much time there. Instead, Jinnah accompanies Kapoor on a trip through his own life story, reliving events and actually encountering his younger self on a couple of occasions. Compressing the post-war politics of the region isn’t easy but with the emphasis on the Muslim need for a free and independent state, we ultimately meet such other historical figures as Ghandi, Nehru, and Lord and Lady Mountbatten, and witness some of the political scheming designed to keep Pakistan from happening.

But eventually, as it did in real life, it does happen, and Jinnah gets one last moment to be shown that despite the violence, despite the blood, and despite the anguish, his work and his sacrifices still matter.

Lee is an actor known for his sometimes less than subtle performances but here he is as subtle as one could be, portraying deep emotions without even a raised voice—anger, fear, anguish, determination. For all that he is playing outside his race—another source of controversy, then and now—he brings to the role an elegance, reverence, and deep connection that I suspect even surprised him. 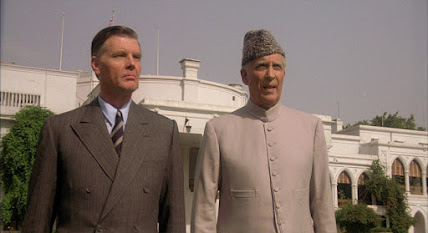 All of the other actors are good as well, particularly another veteran star, James Fox, as the haughty Mountbatten, clinging tightly to antiquated concepts of colonialism even as his world begins to collapse around him.

Critics actually quite liked the film when it was finally able to be viewed. Although some felt the story’s presentation was not as epic as the story deserved, Lee was universally praised. Pakistani audiences bowed before Christopher Lee’s portrayal and the film became a major triumph in his long and exciting career.

JINNAH was, however, never released in this country and remains almost completely unknown to even the biggest fans of the great Christopher Lee. 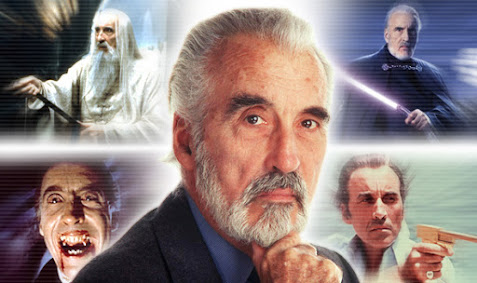