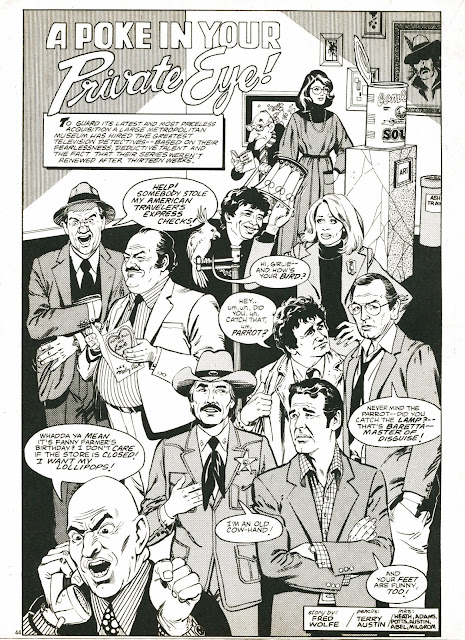 INTERNATIONAL INSANITY was a blatant rip-off of NATIONAL LAMPOON. For a brief period, the two magazines existed concurrently in the mid-1970s. Like its inspiration, II often erroneously mistook outrageousness to be humor.

Also like its inspiration, though, there were some beautifully drawn comics, some in color and some in black and white. This one, parodying TV detectives of the period, is drawn by Terry Austin, best known as inker on John Byrne's X-MEN. Inks hare are credited to Neal Adams, Russ Heath, Carl Potts, Al MIlgrom, and Jack Abel. 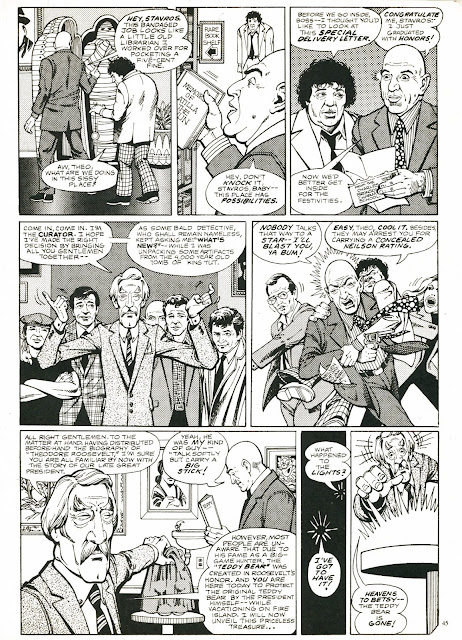 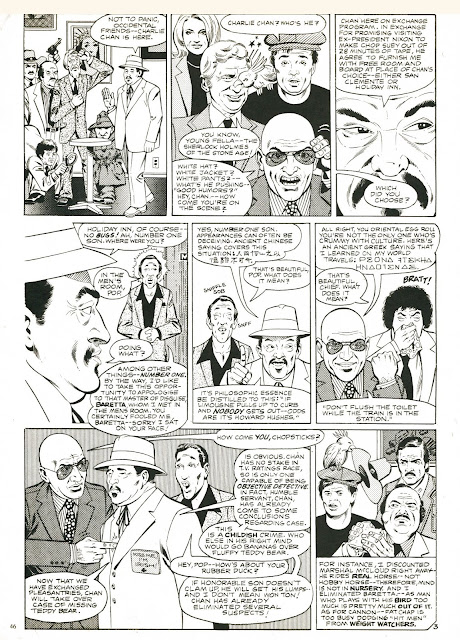 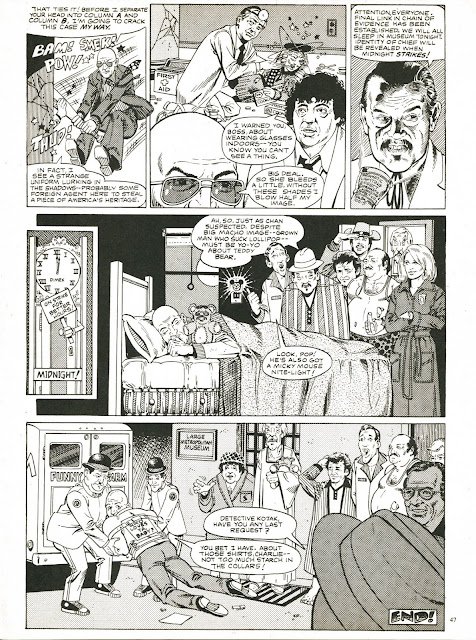