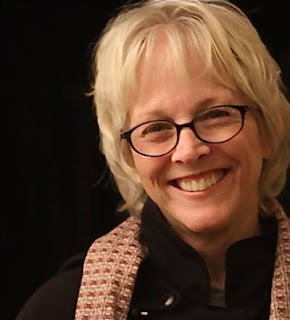 I’ve known Tracy Newman for about five or six years now. The Internet being what it is, of course, I don’t know her well and I’ve never actually met her in person but she’s one of my favorite people anyway. She’s sort of famous, too, and not just in that 15 minute Warholian way.

Fifty years ago, young Tracy headed up a musical, educational, children’s show on NET, the forerunner to PBS. In the years since, she has appeared with Johnny Carson, is a founding member—along with her sister Laraine Newman—of the pioneering improv group, The Groundlings, she has written for many of the best sitcoms on television in recent decades including CHEERS, ELLEN, and DREW CAREY, and co-created and executive produced the long-running Jim Belushi sitcom, THE WORLD ACCORDING TO JIM.

But a running theme behind all that other stuff is Tracy’s music! With a million watt whole face smile that can brighten anyone’s day and a simple but evocative singing style, she can effortlessly pluck your emotions like strings in self-written songs that run the gamut from lighthearted whimsy to deep and thoughtful ballads. Her solo singing is sensitive and has an easily detectable ring of truth and her harmonizing, whether with her daughter, Charlotte Dean, her band, The Reinforcements, or other friends, is first rate.

Here are a few Tracy Newman videos. If you’re ever around anywhere that Tracy Newman and the Reinforcements are appearing live, please go. I envy you the opportunity.


Thanks, Tracy, for being my friend, virtual though it may be. And thank you for your music.