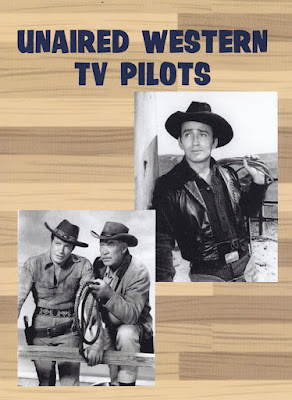 Four unaired TV pilots for television Westerns. The 1958 James Drury pilot for THE VIRGINIAN, a slightly different version of WAGON TRAIN, and the highlight is RANDOLPH SCOTT'S THEATER OF THE WEST which is virtually not documented in any reference guides. Rory Calhoun hosts WESTERN STAR THEATRE with "Diamond Field Jack," an episode that was later re-edited for use on DEATH VALLEY DAYS. 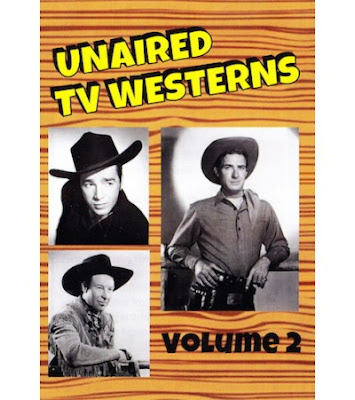 Four pilots for proposed TV series. MARSHAL OF TRAIL CITY features Wild Bill Elliott, LAW OF THE LASH features Lash LaRue, SIMON LASH ("The Black Book") stars Jock Mahoney, and an episode of SCHLITZ PLAYHOUSE OF STARS, "A Tale of Wells Fargo," stars Dale Robertson. Okay, the last one is not an unaired pilot, but it is a pilot and a noteworthy one.