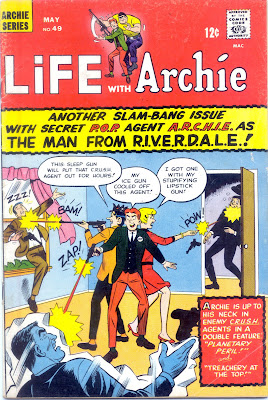 When I first started reading and collecting comic books, I read superhero comics. JUST superhero comics. Oh, there were a few exceptions like SUGAR & SPIKE and STANLEY & HIS MONSTER but I was pretty much all about the superhero comics.  Little by little, though, I learned that there was more to comics than just superheroes!

In 1967 or ’68 my cousin shared an issue of LIFE WITH ARCHIE with me that had the redheaded teenager in a spy spoof as “The Man From R.I.V.E.R.D.A.L.E. I went from there to the Archie superheroes, a natural shift, and then stuck with the whole gang from Riverdale when trends shifted and they went back to being just teenagers. With some genuinely funny scripts from Frank Jacobs and George Gladir and often amazing art from Dan DeCarlo, Harry Lucey and many others, I’ve stuck with Archie ever since and have even worked on several books on the history of the characters as well as doing some work for Archie creators. 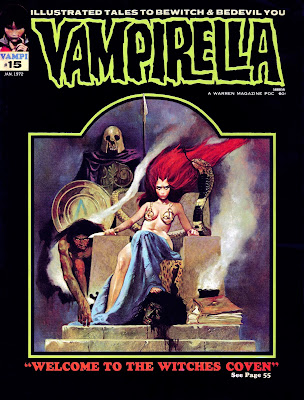 It was around 1971 that I picked up my first issue of VAMPIRELLA under the influence of puberty. This led me to flip open issues of the long-ignored CREEPY and EERIE and discover some of the most amazing comic book art and writing ever from the likes of Archie Goodwin, Wally Wood, Rich Corben, Steve Ditko, Gray Morrow and dozens more! Years later I would be inspired to start long-running blogs in tribute to Wood and Morrow. 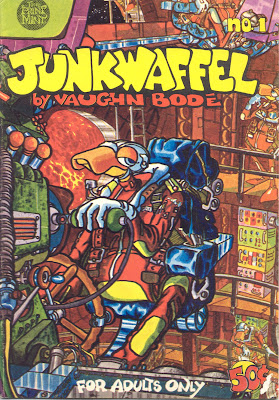 It was right around that same time that I discovered underground commix in Les Daniels’ history, COMIX. Crumb, Green, Williamson, Lynch, Bode, Shelton and so many others unknown to me before that. All writing and drawing about sex, politics, drugs, philosophy and themselves...things NEVER found in mainstream comics. Years later I would meet and host an autographing with Justin Green and help Skip Williamson publicize his eBooks online. 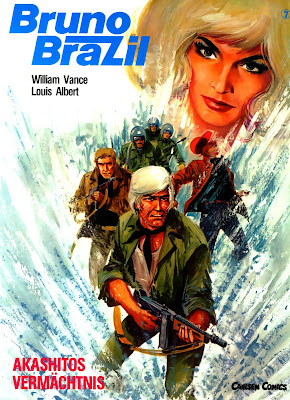 In 1972, I discovered European comics via fanzines. I had no earthly idea that anyone outside of the US made their own comic books until then! Tin-Tin, Asterix, Michel Valliant, Bruno Brazil, Luc Orient, Barbarella. Even if I couldn’t read them, the had some wonderful, imaginative artwork! Through the years, I’d discover more and more and in the eighties one of my very favorite comics was the UK’s 2000AD. 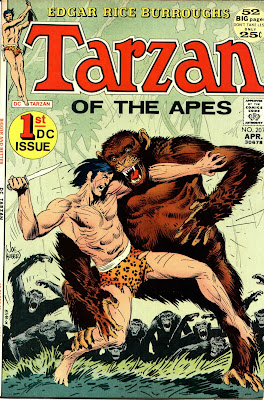 It was also in 1972, when DC Comics picked up the Tarzan license, that I read my very first TARZAN comic. I had seen the Gold Key version ever since I had started collecting comics but, in spite of a lifelong love of Tarzan movies and the sixties TV series, I had never bought an issue. With DC’s new beginning, I gave it a try and Joe Kubert’s art finally made a big impression on me! Then DC’s digest introduced me to the great Russ Manning! Years later, I’ve followed various companies’ Tarzan comics and recently transcribed an interview with the late Kubert on his time doing the DC stories. 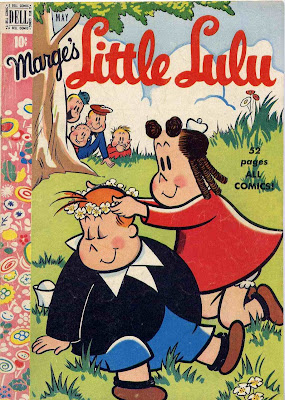 In 1977 I attended a Comic Con where John Stanley was the guest of honor. I, of course, ignored him because he did “girl’s comics.” In 1983, I picked up a copy of THE SMITHSOMIAN BOOK OF COMIC BOOK COMICS with its long selection of LITTLE LULU comics by John Stanley and Irving Tripp. Without doubt the funniest comic books and some of the best to make full use of the comics medium itself. I have kicked myself ever since for ignoring John Stanley and LITTLE LULU so long! 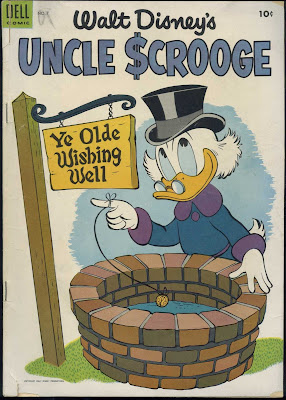 Disney comics, at various points the biggest selling line in the world, were always ignored by me. Too much Scamp and the Little Bad Wolf I think. But the, in the mid-eighties, when one of my favorite fan artists, Don Rosa, came along to the newly formed publisher, Gladstone, to fulfill his lifelong dream of drawing a Disney ducks story, I gave it a shot. In one glorious issue, I discovered the great Scrooge McDuck and that type of stories that made him great. I returned regularly and discovered Barks, Gottfredson and the whole dynamic and wonderful world of Disney comics, US and foreign, some of them among THE best comics ever made! 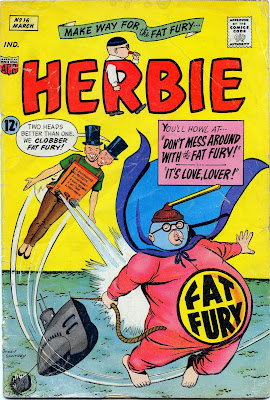 HERBIE I ignored in the mid-sixties. Herbie Popnecker. A round kid with a limited vocabulary, a lollipop fetish and an abusive father. It just didn’t look funny. And it isn’t really. It’s more absurdist in the way that FLAMING CARROT is absurd. A few reprints and a new John Byrne story turned up in the mid-eighties and completely won me over! 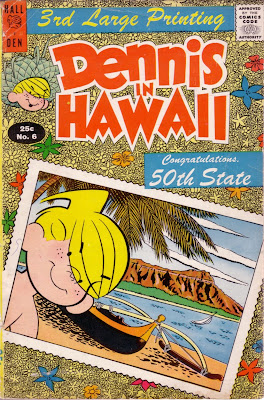 DENNIS THE MENACE was a newspaper favorite of mine early on but I blissfully ignored the oversized comics that came out into the early seventies. Until I saw one about 2005 and realized just how much deeper the characterization and thus the humor cold go when it’s opened up from that single newspaper panel. Although signed by Hank Ketcham, most of the comic book Dennis’s adventures were apparently by Al Wiseman and Fred Toole and they are now amongst my favorites as well.

So the lesson here. To all of you who focus narrowly on any one comics genre, is that you don’t have a clue as to all the good stuff you’re missing out there! Personally, I love the fact that even after all this time I’m able to discover something great that’s new to me!
Posted by Booksteve at 10:14 AM