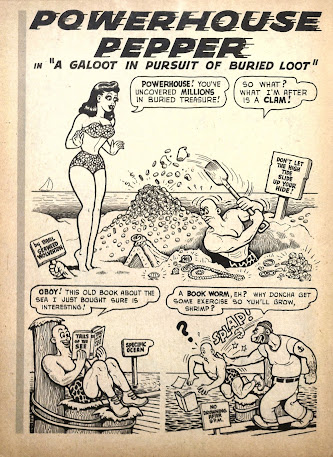 POWERHOUSE PEPPER was one of the krazy 1940s screwball creations of wacky cartoonist Basil Wolverton, appearing in Merry Martin Goodman's Timely comics as a backup feature as well as several issues of his own title. When Timely became Marvel, and Goodman sold Marvel, he seemed to somehow keep the rights to Powerhouse Pepper and, in fact, have a stash of vintage unpublished stories. This one, for instance was one of several published in one of Goodman's increasingly explicit but black and white, cheap paper, girlie mags throughout the '70s and even into the early 1980s. Wolverton himself had long since moved on from this type of story and art and yet, according to the Grand Comics Database, its publication in a 1975 issue of CARTOON FUN & COMEDY was it's first publication! 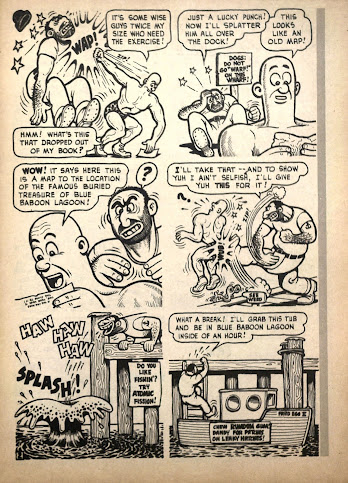 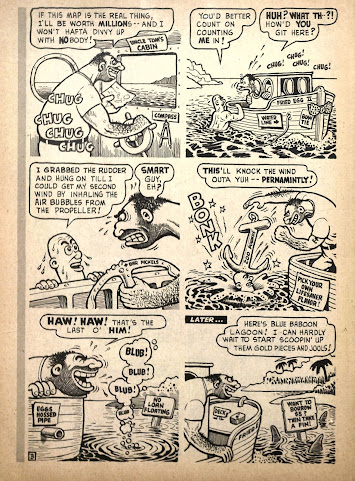 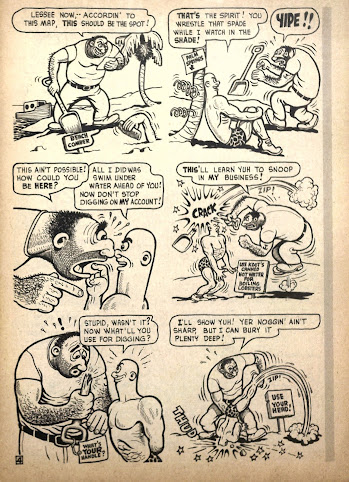 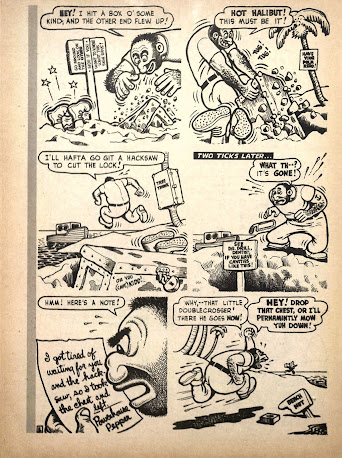 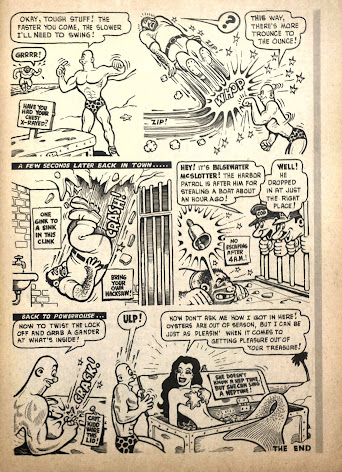 Posted by Booksteve at 6:56 PM