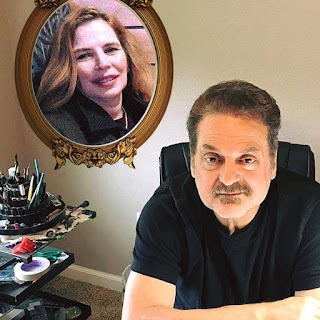 If you're a comic book fan, there's a good chance you've seen the name Mike DeCarlo on quite a few books for multiple companies because he was an extremely prolific inker, especially in the 1980s where one of his biggest issues was the Batman story where the Jason Todd Robin was killed.

In recent years, Mike has been largely making a living by doing conventions and commissions. It was after a convention in Oregon a couple years back where his wife was severely injured by a reckless teenage driver and both Tracy and Mike's lives changed forever.

Tracy has had to have round-the-clock medical care ever since and Mike has risen to the occasion to be her champion but now he finds himself being overwhelmed and could use the help of the fan community. I had less than $100 in the bank this morning but I found a way to contribute. I can't even imagine what he's been going through. Please check out the link and see if you can afford to help as well.

https://www.gofundme.com/f/mike-decarlo039s-wife-tracy-needs-your-help?
Posted by Booksteve at 2:17 PM